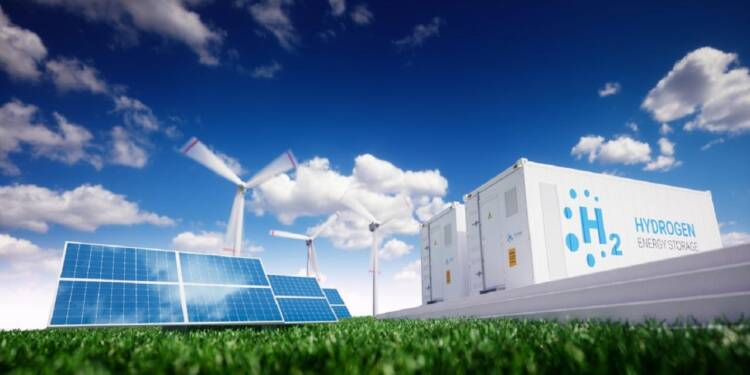 Namibia in Africa has vast potential for solar and wind energy to produce green energy. It is well on its way to become a renewable energy hub in Africa.

Africa’s first ever green hydrogen power plant in Namibia is set to start producing clean electricity power, 24×7, by 2024. This will be a major milestone for Africa to accomplish as the world races for clean energy sources.

French independent power producer HDF Energy expects that, once operational, its Swakopmund green hydrogen power plant, built to the tune of $181million, will boost electricity supply in the southern African nation that imports more than a third of its power from neighboring South Africa, as reported by The North Africa Post.

Hydrogen is considered as ‘green’ and can play a key role in decarbonising industry, although the technology is relatively costly.

In the race for curbing carbon emissions, EU has long been preparing to fully shift to green energy to end reliance on Russian oil and gas as fast as possible.

Europe is offering support packages for EV production,promotion and incentives for consumers. Measures like reducing taxes on EVs, providing bonuses for lower carbon-emitting cars, while penalizing high carbon-emitting vehicles have also been taken in its rush to decarbonize their economies. Europe has also tasted some success as it wants to replace traditionally-fueled vehicles and achieve the target of net-zero carbon emissions over the next decade.

According to a recent data, Europeans purchased more electric cars than those powered by diesel. Over 20 per cent of new cars sold in Europe and the United Kingdom (UK) in December 2021 were electric. Meanwhile, the sale of diesel vehicles in the European Union (EU) slipped below 19 per cent.

Also Read: Ethiopia and Somalia are scripting history with a joint infrastructure project

Why EVs might not be the future of transportation.

Are electric vehicles a viable alternative? The truth is Electric cars are not as environmentally friendly as one would want it to be.

The battery in electric vehicles is a major environmental time bomb. These batteries require large amounts of lithium, nickel and cobalt, the mining for which poses serious environmental impacts. Besides, like all other car parts, these batteries too need to be replaced after sometime, leaving a mountain of electronic waste, whose disposal causes environmental pollution.

Not only does it defeat its sole purpose of curbing environmental pollution, but other associated challenges like acute lack of electric vehicle charging stations etc. points to the fact it might not exactly be the future of transportation.

Keeping this in mind not EVs but Hydrogen can actually play an important role in bringing about a revolution in the way we travel. More than that, it is a ‘cleaner’ energy than anything else.

Although electric cars may dominate the market for private vehicles and EU specifically will see a boom in its production and sale, however sooner than later Hydrogen will indeed replace EVs.

The world is waking up to the reality that EVs are not so environment-friendly after all and the production of its batteries destroys environment. Though there’s so much more to be done but Namibia has set the right example for other African nations to follow and if it succeeds it is surely going to be a game-changer for the continent.

Collection of 28 Petty quotes and captions