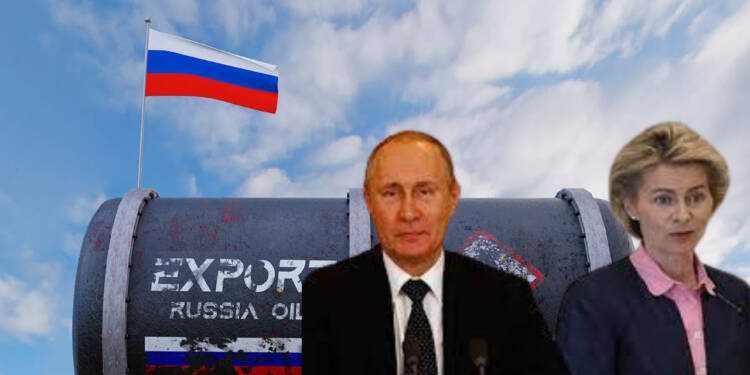 The era of European resistance seems to be entering its final days. Russia has continuously quashed energy supplies to Europe ever since the latter, in collaboration with Washington, imposed a plethora of sanctions on Russia, citing its special operation in Ukraine.

The limited gas supplies via pipeline wreaked havoc in Europe, where the price of energy increased tenfold. Moscow recently suspended the majority of its gas exports to Europe until the latter removes the sanctions, and it looks like the European leaders have kept their ears independent of Washington’s influence this time.

The European Commission has stepped back from earlier plans to cap the price of Russian gas, proposing instead to set up a new task force with EU member state representatives that will attempt to negotiate deals with key suppliers such as Norway.

It is almost hilarious to scrutinize the commission’s actions ever since the beginning of the war. Washington rallied member European nations that were part of NATO to maintain aggression against Russia. As a result, powerful European nations like the UK, France, Germany, and Italy condemned the Russian operation in Ukraine, imposed sanctions on Moscow, and also assisted Kyiv with hefty aid.

Read more: France and Germany are abandoning Ukraine and EU is preparing for a formal announcement

You see, the Europeans fell for Washington’s false narratives and believed that Biden would come to their aid and arrange for alternative energy supply routes, and it looks like he tried to. However, all of Biden’s attempts to negotiate with the leaders of the OPEC cartel seemed to have failed after he was humiliated by the Saudi Prince when the US President insisted that he ramp up energy supply to stabilize prices.

At this point in time, it has become rather difficult to analyze who exactly has been on the receiving end of sanctions. The West, which in actuality is the flagbearer of the sanctions applied to the Kremlin, is the one that is suffering. The US has officially entered a recession and London is on the brink of entering one. Germany is entering de-industrialization due to the unavailability of cheap gas, and Italy is struggling financially.

Almost all European nations are suffering from record high inflation and a situation of civil unrest due to an extraordinary rise in food and energy prices is on the brink. The European leaders seem to have taken notice of the happenings and have already started distancing themselves from Washington’s influence and looking out for the issues of their populace. Many European leaders have started wooing Putin and are now trying to normalize relations.

Read more: Ukraine war is so bloody unpopular in Europe that EU has effectively banned any coverage against it

German Chancellor Olaf Scholz recently urged Russian President Vladimir Putin on a phone call, ‘to find a diplomatic solution to the conflict in Ukraine. . French President Macron has long been advocating for his European counterparts to undo the damage done. Also, Macron previously defended his policy of keeping up a dialogue with Russia after it launched its special operation in Ukraine. He argued that world powers should already be preparing for a “negotiated peace” to end the conflict that has already lasted over half a year.

And if these actions were not enough, Ursula von der Leyen, a German diplomat and now the President of the European Commission, delivered a speech recently to the European Parliament in which she pledged no new support to Kyiv and imposed no new sanctions on Moscow.

And well, now she has essentially allowed Russian gas to flow into the markets at whatever price Putin sees fit. This undoubtedly marks the beginning of the fall of the European pillar of resistance, which would surely be followed by the reversal of all sanctions that were previously imposed if the Europeans would like the energy at pre-war rates amid the cold winter ahead.