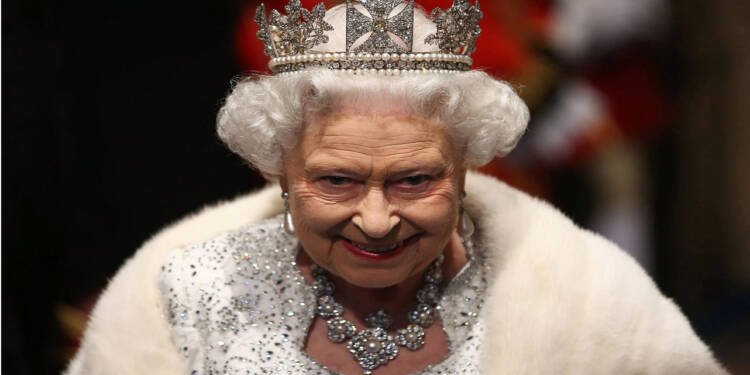 The British Empire was the largest in history. And it was at its peak during that time, following World War I. About a quarter of the world’s surface was included in the empire. Twenty of the Commonwealth’s 56 members are located in Africa. It indicates that more than half of the land on the African continent was originally under British rule.Almost half of these African countries got independence in late 1960s. This includes Kenya, Uganda, Gambia, Sierra Leone, Zimbabwe, Botswana, Nigeria, Malawi. There were two things common to their independence struggle; first, they had all experienced the brutality of colonial rule; and second, the British monarchy was headed by Queen Elizabeth 2 at the time of their independence and not much was done by her to stop these atrocities on the people of the British colonies.

So Kenya, along with Malaya, became one of the jewels in the imperial crown, especially after the loss of India in 1947, as it was a major source of cash crop production in the form of tea and coffee.  Due to the presence of settlers, there was a significant amount of land alienation from Black Africans, who were overnight transformed into a type of landless population.

In the interim, a significant development in the history of British colonial rule occurs. Britain’s monarch is now Queen Elizabeth 2.

And what actually transpires is that the colonial government goes into a vicious, bloody conflict that was primarily fought against the civilian populace. It was a sort of bush war in which the British force was engaged by about 20,000 Mau Mau guerrillas or warriors.

Then, in a procedure known as “villagization,” women and children are primarily incarcerated and placed in barbed-wire villages that resemble detention camps in everything but name. And it was in these confinement institutions that severe, institutionalised brutality, torture, and other atrocities were used.

Additional policies included hunger and forced labour. These actions were taken in an effort to coerce the insurgent populace into accepting British colonial rule, rejecting their Mau Mau movement, and returning to the fold of British colonial power. And what did the Queen Elizabeth 2 do to stop these crimes against humanity? She did nothing but turn a blind eye toward these crimes against humanity.  Divide and rule policy

Using Uganda as an example, the policies and atrocities carried out by the British colonial administration had an impact not just at the time, but the impact can be seen in present day Uganda as well.  Uganda has been extremely ethnically varied for generations, with notable differences between the north and south. Uganda has had significant ethnic diversity for generations, with stark differences between the north and south.

People who had been united into highly developed, centralised states with centralised governments, resided in the southern region of modern-day Uganda. This is comparable to the north, where cultures were straightforward, rural, and “segmented.” Before the arrival of the Europeans, the southern region was divided into kingdoms, with Buganda—the country’s namesake—becoming the most well-known. British colonists chose to settle in the south because of its advanced governmental systems, which helped the region advance politically, economically, and educationally relative to the north.

The beneficiary of British imperialism would be the kingdom of Buganda. The British used the Buganda people as “agents of their empire” to invade and subjugate the neighbouring kingdoms. Deep-seated animosities between the kingdoms of Buganda and the Bunyoro were only exacerbated when the Baganda (the people of Buganda) received payment from the British in exchange for taking territory from the Bunyoro. When the Bunyoro wanted the seized lands back it produced a great political conflict and hence contributing to the political unrest at the time.

The rest of Uganda developed anger when Buganda rose to the top of the economic pyramid. Ugandans effectively became the inferior nationality even though they made up the majority of the population. As the country’s economy grew, so did its communications, educational system, and infrastructure, and Buganda swiftly overtook its neighbouring kingdoms to take the lead as the most important and powerful kingdom in the nation. Nevertheless, political stability and cohesion became a crucial challenge for any leader due to the stark divisions formed inside the nation, particularly in terms of labour.

Also Read: The biggest impediment to Africa’s progress is not Europe or the US, it’s the African Union

Painful process of decolonization under the Queen Elizabeth 2

Nevertheless, reign in South Africa and decolonization process under Queen Elizabeth 2 was no less painful. There were again brutal mass killings, and suppression of the civil movements by the British authorities.

The lives of those already residing at the Cape were altered by the British arrival. British authority of the Cape was initially intended to safeguard the trade route to the East, but the British soon realized that the Cape could be developed to suit their own requirements.

The Slavery and Forced Labor Model was introduced with colonialism, which got its start in South Africa in 1652. African communities could not avoid change as the number of transported slaves increased, and 400 years of slave trading had an impact. Of course, not all African societies were equally impacted, but severely affected nations included Senegal and Angola.

The demographic, economic, and political effects of the transatlantic slave trade were the most significant. There is no question that the Atlantic slave trade significantly slowed down the demographic development of Africa, which had long-lasting effects on the history of the continent. African population growth was, at best, slow. Whole societies fell apart as a result of the export of the most productive men and women. A new political order was also forged as a result of the slave trade. Large centralised nations occasionally developed as a result of individuals seeking protection from the brutality and war that came with the slave trade. South Africans continue to decry British colonial authority. However, there is currently a growing call for independence and accountability due to previous crimes committed by Britain, such slavery.

Undoubtedly, during Queen Elizabeth 2’s reign there were atrocities in these colonies and she hardly took a move to stop these atrocities rather she went onto continue the legacy of her ancestors when it came to being a monarch who turned a blind eye over the sufferings of the people in these colonies. The story doesn’t end to her inactions. Infact, there are reports that Britain under her rule destroyed the records of the colonial crime.

An official investigation has found that thousands of documents describing some of the most heinous deeds and atrocities perpetrated during the last years of the British Empire were purposefully burned to keep them out of the hands of post-independence governments. They were kept out of the public’s view in a secret Foreign Office archive.

Such incidents amply demonstrate that the crimes committed against Africans throughout the decolonization process under the authority of Queen Elizabeth II were just as traumatic as the entire colonial era. In fact, the quick and ruthless process of decolonization has left a bitter mark on these African countries, whose effects may be observed in the modern world, whether in the shape of civil unrest in many of these countries or racial discrimination like in South Africa.