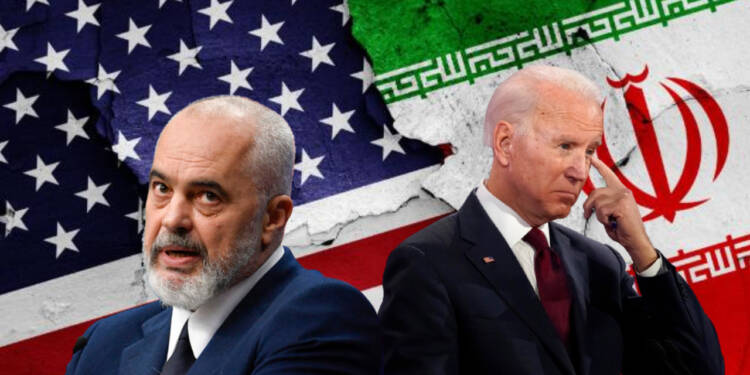 Albanian officials claimed to have prevented a second cyberattack over the weekend after Tirana terminated all diplomatic ties with Tehran. Albania accuses Iran of causing the “sabotage.” This wasn’t the first time Albania has blamed Iran for causing mayhem in the country with cyberattacks.

The most recent hack in Albania occurred only days after Prime Minister Edi Rama blamed Iran for a cyberattack on July 15 that shut down all official websites and digital citizen services and was labelled “destructive” by Microsoft.

He cut off all diplomatic relations with Iran immediately and ordered all Iranian diplomats to depart the nation within 24 hours.

Rama announced that the nation’s border management information system (TIMS) was experiencing “another cyber-attack by the same aggressors,” but he subsequently mentioned on social media that the systems were operating normally.

Rama wrote on Twitter, “Beyond the heavy feeling created by the penetration into these systems, just like when they break into a house and steal, the fact is that the aggression has not achieved its goal at all, no disappearance or serious data leak!”

However, Iran has denied any cyber attacks on Albania. Analysts say that Albania was targeted because it has long harboured the MEK group. People’s Mojahedin Organization of Iran’s MEK faction is based in Albania after being relocated there in 2016 from an Iraqi refugee camp.

The organisation, which was established in 1965, waged years of armed struggle against the Iranian government before joining forces with Iraq and supporting them in the conflict between Iraq and Iran. The EU, Canada, the US, and Japan had previously branded MEK as a terrorist organisation, however, this designation was later revoked. The US government provided them with protection in 2004.

The MEK group aims to topple the Iranian government. About 1,000 members of this group, reside in a secure, well-guarded enclave 40 kilometres outside of Tirana.

Even Facebook accused the MEK of operating a troll farm out of their stronghold in Albania in March 2021.

Facebook said that they had looked into and stopped a “long-running operation from Albania that targeted primarily Iran” in a statement.

In their comprehensive analysis, they stated, “The network violated our policy against foreign interference, which is coordinated inauthentic behaviour on behalf of a foreign entity.”

Some observers contend that Albania is being targeted for other reasons besides MEK, though. Albania is a fervent supporter of the United States, a member of NATO, and the location of a NATO airfield and, maybe, a NATO naval facility in the future.

Furthermore, US is planning to make Albania, the gas hub of the Balkans with a new US deal. The US company, Excelerate Energy Inc., intends to use Albania as a means of delivering natural gas and natural gas products to the rest of the area, and the government is also looking at increasing interconnectors in light of the current global energy crisis.

Albania will be given floating power plants from the US firm, which will enable it to produce more, export more, and generate more. The business is also collaborating with Exxon Mobil Corp. to build an LNG-to-power plant in the Albanian city of Vlora.

This may prove to be beneficial for the country when all of Europe is looking to lessen its dependency on Russia and striving to diversify its natural gas suppliers.

The US condemned the cyber-attack and blamed Iran for it in a show of solidarity with Albania.

The United States strongly condemns Iran’s cyberattack against our NATO Ally, Albania. We join in Prime Minister Rama’s call for Iran to be held accountable for this unprecedented cyber incident. Read more: https://t.co/ZEMzo5nS7i

The cyber-attacks haven’t been proven to be originating from Tehran. Also, it’s not just Albania that has faced these cyber-attacks. The perpetrators of these attacks are yet unknown and they have also attacked digital services in Kosovo and North Macedonia in recent days.

So, Albania will be at the forefront of any retaliatory measures by Iran.

Lawyer and politician Kreshnik Spahiu told Euronews that the Albanian government should be on guard against assaults as it is “in a direct war with Iran.”

“Albania must be very prepared militarily, even with the intelligence services, but also as a society in terms of other attacks that in the future will no longer be on the Internet and social networks, but we will have consequences and physical victims,” he said.

Iran will retaliate and it won’t go easy now. The constant efforts by the United States and Albania to paint Iran in a bad light will be noted. The next attack can come from anywhere in Albania, and it has the only US to blame for it who is using it as a sacrificial lamb against Iran.