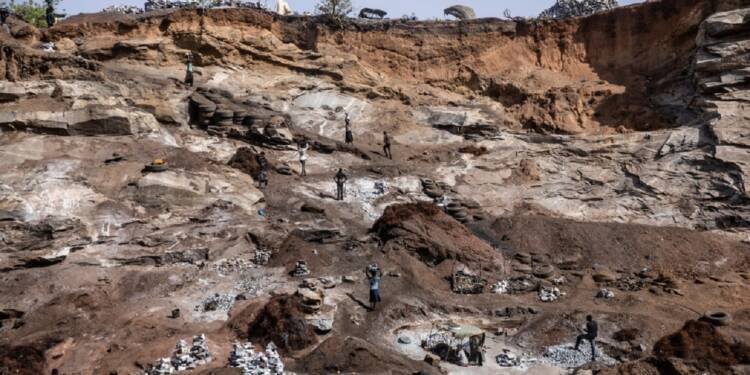 Over the past 500 years, our globe has experienced enormous changes in political and governmental systems, international relations, economy, women’s and men’s rights, and social organization and relationships. But the predicament of the poor and helpless worker hasn’t changed. Industrialized nations and cultures have profited from the free or inexpensive labour of conquered lands or the oppressed around the globe, throughout recorded history.
Beginning in the 16th century, exploitation by powerful imperialist western nations became the new world order, resulting in pervasive exploitation of native populations and the inhumane treatment and deaths of millions of people. Even while much has changed since then, the industrialised world’s continued exploitation of the so-called “third world” countries hasn’t altered.
The writings of the great European Enlightenment thinkers, like John Locke and others, acknowledge the fundamental equality of all individuals. Both the Declaration of Independence and the Declaration of Human Rights also affirmed that all men are created equal. Unfortunately, today, the Western countries think that only they are entitled to these rights and not others who they regard to be less civilized than themselves.

Western MNCs’ predatory tactics prevent developing nations of Africa  from sharing equitably in the benefits of their own natural resource wealth, which eventually jeopardises their efforts to pursue emancipatory economic and social development policies.

Multinational mining firms engage in another type of corporate looting —wage exploitation.  In an empirical research conducted by Tricontinental: Institute for Social Research, extensive levels of wage exploitation in the Zambian mining industry, which is one of the world’s most resource-endowed countries with vast mineral deposits, were found.

Despite the country’s immense mineral reserves, the research revealed that in exchange for their labor, many Zambian copper miners are paid next to nothing for their services.

Many Zambians reported that their current wages prevented them from being able to fulfill their own basic needs and those of their families.

Don’t be hoodwinked; the exploitation by Western nations is pervasive throughout the African continent. In numerous African nations, incidences of employees, including pregnant women, being transported in open trucks, resulting in accidents and fatalities, are quite frequent.

The fact that penalties are rarely imposed on foreign multinational corporations that violate their respective country’s national labour code is one of the objections raised by many common people in Africa. Corrupt government officials frequently brushed aside the Western firms’ unethical practices. But this is no longer the case. African governments have begun to recognise the unscrupulous role that multinational corporations undertake on their territories.
Recently, a court in Burkina Faso has found two executives working for Canadian mining firm Trevali (TV.TO) guilty of involuntary manslaughter after a flood disaster at its Perkoa zinc mine in April killed eight miners, due the acute negligence by the Canada based company.

Eight miners perished in the underground passageways of Trevali’s Perkoa zinc mine in the Sanguie province.In April, several of the victims’ relatives filed a case alleging involuntary manslaughter, endangering human life, and failing to assist those in need. The managers were prohibited from leaving the country while investigations were ongoing.

Also Read: Self-fragilization was Africa’s number one problem; Uganda and DRC have found the perfect solution for it

The Canadian company thought that it could easily buy its way around and would not be accountable to anyone for its negligence towards the safety of the mine workers.

You see, the recent judgement is a ray of hope for many Africans. They would undoubtedly develop trust and public confidence as they witness their governments take action against the fraudulent Western corporations. Earlier, it was customary to see how susceptible most African regimes were to MNC influence. Most multinational corporations (MNCs) doing business in Africa frequently engaged in malicious activities in the host nations that were outside the rules and regulations governing their operations. However, recent examples of countries regulating corporate practices would not only forbid the enslavement of Africans by these firms but would also play a significant role in safeguarding the national interests of African states. Make no mistake; the battle against neocolonialism has only just begun.