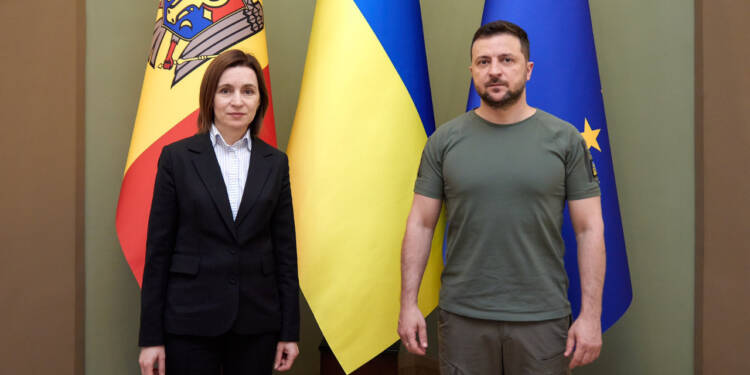 Protests have become a very common sight in Europe. Just a few days ago, Czech Republic saw one hell of an uprising against EU and NATO due to the aftereffects of the Ukraine war. This is becoming a very common mood in the EU where common Europeans are issuing a clarion call to end the non-sensical sanctions on Russia.

Now, one more nation is heading the same way. This country was lured by the West. It was promised big gifts if it decided to take up arms against Russia, however, the country is now expressing its discontent.

A populace of 40K has decided to overthrow the government of Moldova and West’s so-called support is nowhere to be seen.

The 18th of September,2022 was a black day for Chisinau. According to Reuters, thousands of protesters have demanded resignation of pro-Western President Maia Sandu and her government. Reportedly, the protestors have denounced high inflation and fuel prices outside government’s office.

Protesters have accused Sandu of failing to negotiate a more reasonable gas price with Moscow. As of now, the protestors have set up their camps outside government headquarters and vowed to remain there until Sandu resigns and early elections are called.

Well, what a fall this has been for Sandu. In 2020, the Moldovan President got elected with a landslide mandate. After getting elected, Sandu pledged to root out corruption and fix the economic conditions of the nation. But, without a shadow of a doubt, we must say that she has failed miserably.

Hurt by record high inflation of 34.3%, the country has slashed its growth estimate to zero for 2022. Prime Minister Natalia Gavrilita said this month that Moldova’s economy was expected to post a mere growth of 1.5% next year.

The cost of energy has increased by 29% in September after surging almost 50% in August.

According to opposition of Moldova, “Moldova is now in clinical death, to which the current authorities have brought it,”. The general populace has the same opinion. Under Maia Sandu, Moldova is certainly a decaying society. Now, a query appears in this instance.

All went OK in Moldova up until last year. Then, how did one of the most appreciated leaders overnight turn into such a despised figure for Moldovans? The answer is  Sandu’s Anti-Russia stance under West’s influence.

Among the voices of discontent against Sandu, there are also calls for restoring ties with Russia. Moldova used to buy its gas from Russian gas giant Gazprom under a contract drawn up last year.

Protesters charge Sandu with failing to negotiate with Moscow for lower gas prices. But, Maia Sandu, the president, went so far as to criticise Russia’s actions in Ukraine. She did everything she could to increase her country’s chances of joining the EU.

Sandu even declared a state of emergency for 60 days as she wanted extra power to handle the consequences of Russia’s invasion of Ukraine. As NATO extended support to her motion, she had her eyes fixed on the Transnistria territory.

NATO promised to provide Moldova with stronger military equipment, replace Soviet-era weapons, and train Moldovan troops on Western platforms. A move that could have easily angered Moscow, but Russia kept a schtum.

Early elections are now in sight in Moldova. The West implanted explosives to somehow promote anti-Russia sentiment in Moldova and tragically, Sandu fell into this trap.

In an effort to get EU membership, Sandu did everything she could to entice the west. However, it appears that the population has made up its mind to remove her from office.