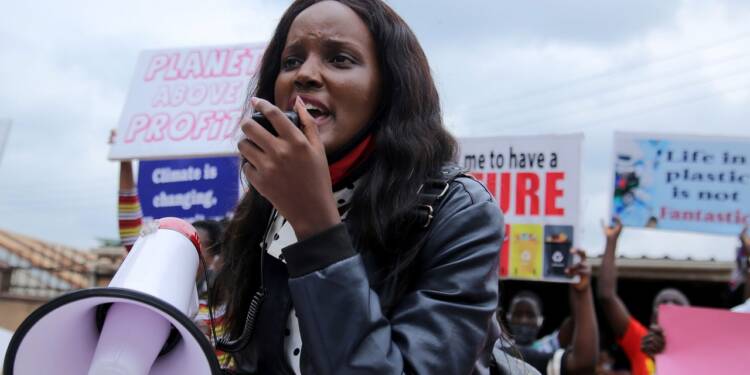 Being conscious about climate change and the environment is one thing and being radical about it is another. There is absolutely no doubt that climate change is a real phenomenon, rising global temperature is a threat in the long run and something must be done to fix it. Now, the issue is how these problems must be approached and dealt with. On the one hand, there are Left Wing lunatics such as Alexandria Ocasio-Cortez who proposed the bizarre Green New Deal in the US Congress aimed at “transitioning” economy, The Late Show’s host Stephen Colbert telling he can even pay 15$ a gallon for gas for a “clean conscience” and former US Secretary of State John Kerry praising China on dealing with climate change.

And on the other hand, there are right wing knuckleheads who go to the extreme length of denying climate change and global warming. It includes Donald Trump withdrawing from the Paris Climate Agreement and getting rid of environmental rules of the fossil fuel industry to benefit his friends. Then there is Brazil’s Jair Bolsonaro who denied the existence of Amazon rainforest’s fire despite abundant evidence. Not a single Republican senator voted on the climate change bill in the US Congress.

Vanessa Nakate is a young climate activist from Uganda who is working with ‘Fridays for Future’ to bring to light the repercussions of climate change in her country i.e. how drought and lack of rainfall is affecting the East African nation. She wants politicians to do more than talk and implement policies for a green future.

In 2020, Vanessa Nakate was in Davos along with Greta Thunberg to do a press conference on climate emergency, the Associated Press photographed her along with Thunberg and other White activists. However, later when the photo was uploaded on Twitter by AP, she was cropped out. Therefore, Vanessa Nakate decided to call out the news agency and described this act of removing her from the frame as racism. She elaborated on how this hurtful act is part of a larger problematic practice by the West and its mainstream media to suppress the voices of Black and Brown people. Vanessa Nakate added that this is how the West treats Africa and Asia when it comes to the climate crisis and environmental responsibilities.

The liberal west doesn’t want environmental activism in Africa to be praised on the global stage because it knows that once the media start showing what steps the so-called Third World African youth and governments are taking to address concerns of climate change, it will lose its dominance in the global discourse and its structure of authority, which allows it to dictate these developing nations what to do, will collapse. In reality, America and the European Union don’t care about global warming and climate change, they love to talk about it because it gives them a power trip.

The west doesn’t want Africa to develop because once it does it will start thinking independently and won’t rely on it. No wonder the US forcefully imposes it’s ridiculous zero-carbon emission and electric vehicle plans on poor African countries where decades of colonialism, sectarian conflicts and dictatorship have made the establishment of democracy and a stable economy difficult.

The west’s condescending outlook towards Africa and constant pampering is racism at its best because the liberal world doesn’t consider it to be capable enough of thinking on its own and always being in need of guidance. Joe Biden’s comments on Obama in 2007 is a perfect example of this, he said, “I mean, you’ve got the first sort of mainstream African-American who is articulate and bright and clean and a nice-looking guy. I mean, that’s a story-book, man.”

America and EU don’t want Africa’s efforts to be represented in the mainstream media as it will give voice and autonomy to a continent which has unfortunately has to go through the torture of taking advice from those whose decisions to put sanctions on Russia ended up destroying their own economies and caused skyrocketing inflation. The west feels threatened by the rise of the African continent as a whole.

In the context of eco-activism, the liberal west wants people like Vanessa Nakate to actually do all the work and clout-chasers such as Greta Thunberg to take all the credit.