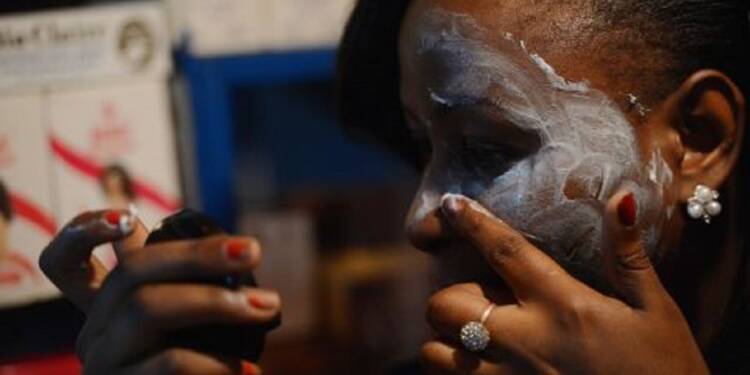 Following the rising cases of skin damage, the government of Cameroon banned the import of cosmetic products which are used in skin bleaching. Dermatologist Dr. Tatiana Eroume said, “The black complexion protects five times more than the white complexion. It is therefore a skin that is more resistant, it ages more slowly, and it has nothing to envy of other skin tones”. Cameroonian Minister of Public Health Manaouda Malachie outlawed skin whitening and bleaching products; he said in a statement that importation, manufacturing and distribution of cosmetic goods which include three bleaching agents including hydroquinone and its derivatives have been forbidden in Cameroon. Earlier, Malachie suspended a skin product which was drinkable, as he stated that substances in it were dangerous.

Under colonialism, as per historical records, light-skinned people enjoyed preferential treatment which included access to education, getting a job, entry to restaurants whereas dark-skinned people suffered. This resulted in fair skin being linked to not only dominance and authority but also desirable and positive. A frightening instance of color bias was an advertisement which appeared during the colonial era, it showed fair skin as “clean” and dark skin as “dirty”. Research has shown that color discrimination impacts income, marriage prospects, prison sentence etc. Unfortunately, colorism leads to more privilege for those with light-complexion, for example, a research study by Stanford psychologist Jennifer Eberhardt unearthed that dark-skin Black convicts were more likely to receive death penalty than light-skinned Black defendants for crimes which involve White victims.

The notion of fair skin being “attractive” is closely linked with people internalising from a young age that light-complexion is going to determine their status in society.

Now, most of us are aware of Melanin, it is a substance in our body which determines the colour of our skin.

As melanin is the human body’s natural defense against harm from sunlight, several theories have emerged which state that the more melanin an individual has the less likely he/she is to be harmed by the UV rays. So, this means that people with dark skin tone are less susceptible to suffer skin cancer than those with light skin color. As a matter of fact, a research study in America proved such theories by showing a big difference among people suffering from skin cancer; it demonstrated that individuals with fair skin are seventy times more likely to suffer skin cancer than dark-skinned people.

Also Read: The Namibian government has sold its soul to its erstwhile colonizer Germany. But the opposition won’t have any of it

Perhaps it is the deep rooted inferiority complex that has been enshrined into the psyche of dark skinned people over generations of negative conditioning also known as ‘Racial Discrimination’. The colonial rulers left the people scarred for generations to come. The false narrative set by the colonisers, that the light coloured race is superior to the darker one, has found manifestation in a deep rooted inferiority complex and under confidence.

However, in an encouraging move the government of Cameroon, has set an example for the entire continent to take pride in the way they are and to cherish it. The ban on bleaching products is not just an economic or health safety move but also a move towards emancipation from the negative hangover of racial discrimination. This move is a slap on the face of the west dominated narrative that white skin is better than black or any other colour.

There is a difference between being literate and educated, and the west clearly seems to be light years away from being educated. The high headedness of the white man is finally being brought down to mother earth by such initiatives as the one taken by the Cameroon Government.