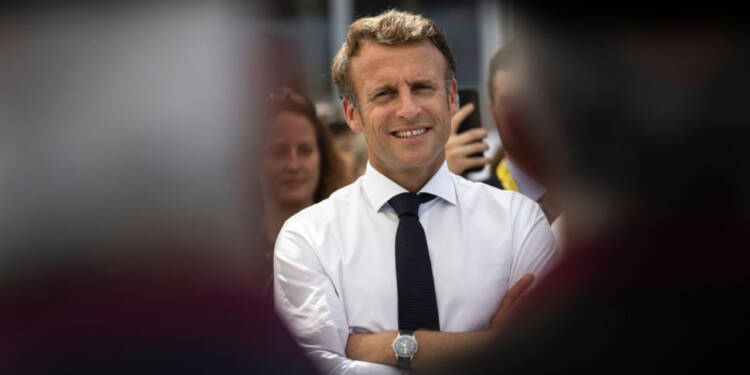 President Emmanuel Macron who has been tallest leader in Europe for few years has been hoisted with his own petard. Macron was seen an emphatic protector of French culture, language and values.

But, a new policy will be a watershed moment for Macron and French politics.

Emmanuel Macron, the president of France, has suggested redistributing migrants to rural areas experiencing population reduction as part of a reform of immigration and asylum policies. He said on Thursday that the issue will be put to vote at the beginning of the following year and denounced the present procedures as “inefficient and inhumane.”

According to Macron, the conditions for their welcome will be far better in rural areas than the places that are already highly inhabited, with a concentration of major economic and social issues. He said that relocating newcomers to rural regions will facilitate their “integration much faster and much better,” particularly for those who already had job-related skills or some level of language proficiency.

However, he claimed that the existing practise is “absurd” since it “consists of placing women and men who arrive, who are in the greatest misery,” in the most underdeveloped and congested areas.

He said that immigrants’ families, who normally have more children than European families, may reverse the trend of rural areas “losing population” and prevent the need to close schools and universities owing to a shortage of students.

The idea has not gone well across France. Right-wing populist Eric Zemmour suggested that the population decline might be reversed by providing €10,000 “birth grants” to children born to local parents in rural France. Instead of the €50,000 “spent each year per unaccompanied illegal minor.”

Marine Le Pen, the most influential right-wing leader has charged Macron of trying to amend a legislation he is unwilling to implement. She tweeted on Friday, alluding to the illegal immigrants the president wants to settle in the countryside. “We believe that they should go back home.”

This move is being seen as a political suicide by Macron. Macron who had the support of right-wing people after he took some stern anti-migrant steps would lose it all.

President Emmanuel Macron was seen an emphatic protector of French culture, language and values. In last few years, he has been fighting both radical Islamism and wokeism tooth and nail. He started by supporting free speech icons like Charlie Hebdo and Samuel Paty, both of whom became victims of radical Islamism in the recent past.

Also Read: Macron has decided to put an end to the Ukraine war, and Putin approves it

Last year, the Macron administration took actions like expelling 231 foreigners who were on a government watch list over suspicions of extremist religious beliefs. A slew of actions to curb Islamist radicalism has continued.

In 2020, Macron introduced a bill to combat “Islamist separatism.” The bill calls for intervention in mosques and the associations in charge of their management, as well as financial oversight of Muslim-owned associations and non-governmental organisations. It also makes “secularism education” mandatory for all elected officials and forbids patients from selecting doctors based on gender for religious or other purposes.

There are other provisions too – like prohibiting minors from wearing hijab in public, forbidding “clandestine” schools that embrace Islamist ideology and enforcing the polygamy ban by rejecting polygamous applicants for residency.

The same French President had once said, “Islam is a religion that is in crisis all over the world today, we are not just seeing this in our country.” He had further said that the minority of France’s estimated six million Muslims were in danger of forming a “counter-society”.

However, this policy of redistributing the migrants to rural areas will change the whole demography of France’s rural population. It’ll deprive France of its “soul” and make it persuadable to “Woke ideology.”

Furthermore, Marine Le Pen has already launched a big effort to win over rural working-class voters in what she refers to as “forgotten France.”

She has campaigned almost entirely outside of major cities, with modest rallies and visits to local markets, portraying Macron as an out-of-touch elitist who does not understand ordinary people’s struggles living in the towns. Therefore, Macron will lose all he gained by his right-wing or anti-migrant policies. He already lost the Parliament elections and this policy will be a death knell for his politics. Therefore, we say, Emmanuel Macron dug a huge pit, looked at it admiringly, then jumped into it.