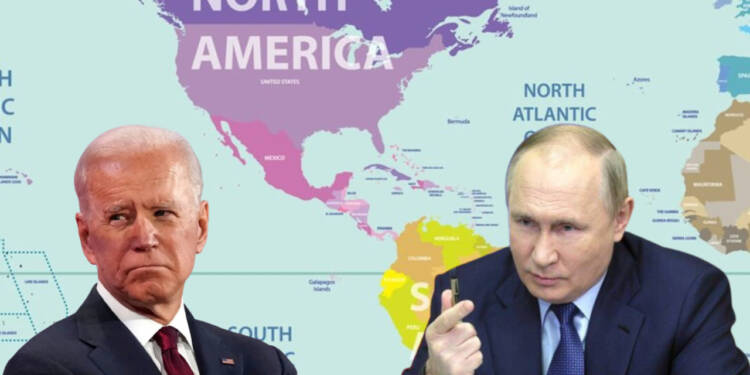 Latin America has been US’ backyard for almost a century. Washington had never allowed its neighbors in the south to rise at a global stage. Some countries like Venezuela and Cuba which tried to solidify their foreign policy independent of the US’ influence were eventually sidelined and systematically destroyed by successive US administrations.

A majority of the Latin states have a very intertwined economic policy with Washington and all fiscal developments in the US directly impact the economies of the southern American states. The only problem is that the US however could weather any crisis that comes its way, but the Latin states suffer a deepening impact.

Authoritarian regimes had been an odious presence that halted the Latin dreams of catching up in development with its close neighbors, but much of the heinous stratagem employed by the US administration remains unexplored.

Read More: How the US systematically keeps the Americas poor to ensure a steady supply of cheap labor

White colonialists popularized racial segregation within the Latin region. it could have been abandoned, but even in the post modern world the custom is being followed tacitly by the succeeding administrations in the United States.

Latin Americans are no French, they are no Europeans nor Irish unlike the sizable majority in the USA. The segregation of the caste system worked rampant among the whites who employed the Latins as cheap laborers for years.

Latin people are devoted Catholics, they go make an earning, enjoy every happening in their life, and go to church but still end up living in ghettos like third world countries.

Memories of the lost decade

It is as simple as this, Washington has also quashed the Latins from reaching their potential. Even if we let go of the past oppressions based on race and talk strictly on practicals, we would need to focus on the Latin States’ financial well being.

The Latins have already incurred a hefty amount as a result of their overdependence on the US. Consumer prices in the US rose at a 14.6% annual rate in April 1980, prompting the Feds to act swiftly. By the end of that year, the benchmark federal funds rate had increased from 9.9% in July 1980 to 22%, precipitating a severe recession in 1981 and 1982.

Inflation was eventually controlled by the Fed’s extreme actions. However, Latin America paid a high price for the Fed’s victory as a result  of exorbitant interest rates, the US recession, the strengthening of the dollar, and falling commodity prices.

The Latin states eventually ended up becoming collateral damage and lost over a decade of economic growth owing to dried foriegn investments and increase in debt-Gdp ratio. The crisis however subsided later but did reportedly push around 20 Million people into extreme poverty.

You see, Washington, under Biden especially, does not care for the wellbeing of its neighbors. The US administration would only cater to the states needs if the leaders act as vessels to the White House and would discard those who refuse. Biden’s decision to not invite its rivals Venezuela, Cuba and Nicaurga to the Summit of Americas this year is a prime example to prove Washington’s intentions.

The memories of the lost decade are indeed traumatizing for the Latin states. But, the Latin states should not let go of their shield and brace for another impact. A scenario, similar to the 1980’s is now in the play. Black clouds of a record breaking supply driven inflation are looming over the US economy and the Feds are pushing lending rates to new heights.

Moreover, today’s US economy is highly leveraged compared to what it was four decades ago. Also total debt of US households, corporations, and the federal government was equivalent to 100% of GDP in 1980, today that ratio stands at a whopping 220%.

The Fed’s increasing rates amid the current scenario makes things tougher for the Latin states who should now brace for the ultimate impact.