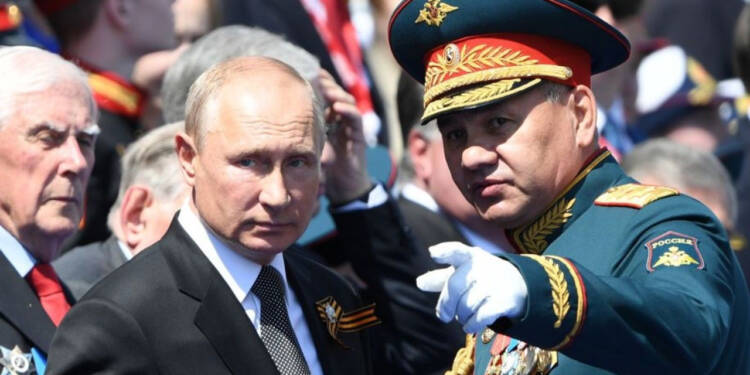 “There seems an unending supply of soldiers around Bakhmut attacking Ukrainian forces, many of them not among the regular Russian ranks” Ukrainian troops were heard saying.

The Russian special military operation in Ukraine has wreaked havoc among the ranks of the Zelensky regime. Moscow’s recent retreat on the battleground in some areas of Ukraine has been misunderstood to be Putin’s weakness.

However, the Russian leader has cleared his stance and announced the deployment of non-regular forces to maintain peace in the very regions the Russians have liberated and also counter any possible Ukrainian attempt to go offensive.

In a rare address to the nation, Russian President Vladimir Putin announced that the decree concerning partial mobilization of its 2 million-strong military reserves has been signed as the war in Ukraine reaches its seventh month. The decision, which Putin said was taken “to defend the motherland, its sovereignty and territorial integrity” is being viewed as an escalatory move by the West.

“We are talking about partial mobilization, that is, only citizens who are currently in the reserve will be subject to conscription, and above all, those who served in the armed forces have a certain military specialty and relevant experience,” Putin stressed.

Putin had initiated the military operation with the aim of liberating the oppressed people of Donbass. And now when the region is under complete Russian control, Putin plans to pull back the regular army and replace it with conscripts to maintain peace in the liberated regions and continue defending the territory if Ukraine launches ‘counter-offensive’ against the ethnic Russian populace.

Moreover, Putin solidified his intentions during a press conference recently. He mentioned that there have been no change in the plans, and the end goal is the ultimate liberation of Donbass.

He said, “No, the plan will not be adjusted. The General Staff makes real-time decisions in the course of the operation and some are considered a key, the main goal. The main goal is to liberate the entire territory of Donbass.”

The Kremlin has reportedly started recruiting from different areas. Convicts from Russian Prisons are being sent to the front line. This would help Russia keep the professional forces idle for the major military operations.

Moscow is also reportedly planning to open a military recruitment center for foreign citizens who want to enlist in the Russian defense forces and serve in Donbass.

You see, Russia’s special military operation is now turning into a small-scale war, and the goals that Moscow envisioned when it began its operation in Ukraine are now taking shape.

Vladimir Putin, president of Russia, had stated that the battle in Ukraine would be a “special military operation” back in February. However, the latest provocation by Ukraine to retake territory it formerly controlled has forced Russia to adopt a more assertive approach.

Keep in mind that while Russia is conscripting reserve troops and former service members, it has not yet imposed it upon common citizens. Russia is taking its plan to liberate the Donbas region more seriously than ever.

The Russian populace of the region had reportedly been segregated and was long-suffering owing to the historical and cultural differences between the two nationalities.

The secondary reason behind the operation was to create circumstances that would establish an order that would force all successive Ukrainian governments from joining the NATO or any other west-led security alliance that threatens the security of Russian borders.

As a result, the Kremlin continued to maintain its control of the Donbass region and pulled back its forces from the other regions as the purpose of the “special military operation” had already been achieved.