Olaf Scholz has reportedly arranged a special budget of €100 billion for investments in the security of Germany and its neighbors. However, the Biden administration is creating road-blocks for Germany 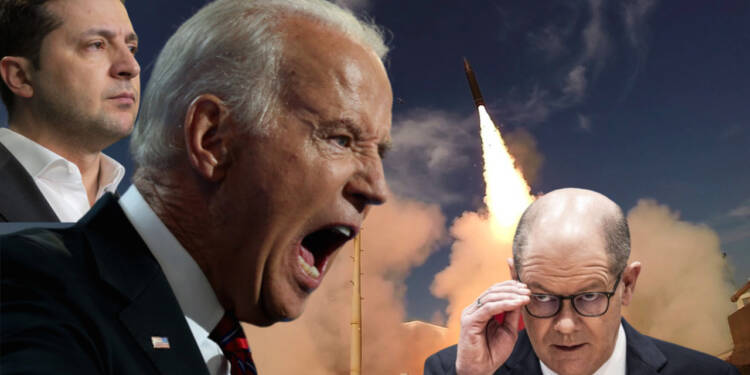 It seems like the Biden administration enjoys making enemies every now and then. Washington, which already had China and Russia on its list of adversaries, now seems determined to add the European superpower, Germany, to the list.

Germany maintained an understanding with the US’ in the aftermath of the 2nd world war. As a member of the US-led NATO alliance, Berlin supported Ukraine in its war against Russia. Well, the Zelensky regime despite receiving hefty western aid has failed to contain the Russians and Germany seems threatened.

US’ to downplay Germany’s Security

Amid the rising Russian threat in Europe, German Chancellor Olaf Scholz has reportedly arranged a special budget of €100 billion for investments in the security of Germany and its neighbors.

Germany, for the same security purposes, requested Israel to the procurement of its Arrow 3 missile defense system. As a result, Israel has tried for months to convince the United States to allow the sale of the said weaponry.

Benny Gantz, Israel’s defense minister, along with other representatives has contacted Washington on several occasions to request approval for the agreement. It is required because US taxpayer funds paid for the majority of the system’s development costs – an estimated $2.2 billion. Permission is also required owing to the fact that, the $3 million a piece, Arrow 3 features technological elements created in the US. However, the Biden administration has so far failed to respond to Israel’s request and as such, has neither confirmed nor vetoed the move.

Understandably, Biden would hate to be the President who loses a direct war with Russia. Also, the reputation of the US military complex is on the line and Biden will do everything in his power to protect that under his presidency.

‘Protecting his legacy’ is the topmost priority for Biden. Consequently, he is undertaking all the measures that would force all NATO members to do their part to prevent Russia’s victory. Berlin also became a victim of this quest of Biden.

Read More: The Namibian government has sold its soul to its erstwhile colonizer Germany. But the opposition won’t have any of it

Germany has already supported Ukraine in every way possible and has also incurred intense losses in the process. Berlin, in accordance with western sanctions, suspended the Nord Stream 2 pipeline that was supposed to bring in gas from Russia. As a retaliation, Moscow reduced gas supplies coming in from Nord Stream 1 and eventually quashed all energy exports until the sanctions are lifted.

Now the condition is so worse that the country is reportedly going towards de-industrialization, owing to limited energy. Also, the upcoming winter has forced fellow EU countries to ration gas.

Another reason that the US is not allowing the Germans to go ahead with the procurement might be for its personal benefits. US might be wanting to sell its own security systems. Germany also looked into the possibility of procuring Terminal High Altitude Area Defense (THAAD) missiles produced by the US’ Lockheed Martin Corporation. Although considered as a competitor of Arrow 3, many say THAAD is inferior to Israeli technology.

Be as it may, it is quite immature for the US to block a fellow NATO member from procuring essential weaponry needed for its security. It’s high time that US should start counting its blessings and supporting its allies rather than working as a selfish tyrant.