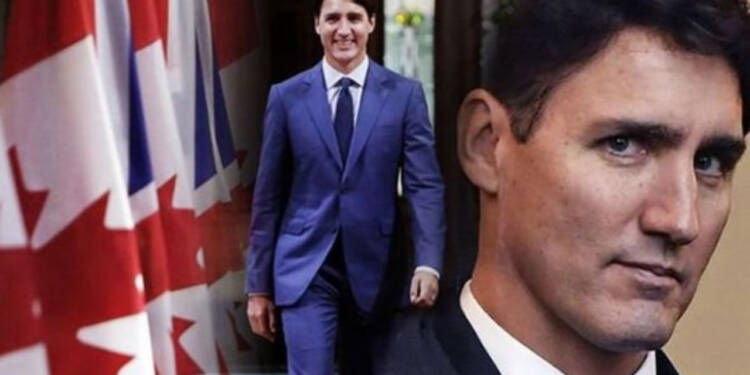 If you live in Trudeau’s Canada, you are entitled to no freedom. If you are expecting Trudeau to safeguard your freedom of speech and expression, then probably you’re backing the wrong horse. The Prime Minister is getting set to injure Canadian content creators at a degree that is typically seen in authoritarian nations like China.

Though he has no funds to solve the burgeoning health crisis in Canada, he is ready to dedicate millions of dollars to curb your voices and hurt your revenues.

In the garb of ‘fighting extremist content online,’ Justin Trudeau has a new plan to muzzle the dissenting voices that don’t please him.

A lot of Funds are being provided by the federal government to continue the creation of an automated tool for identifying and flagging terrorist propaganda online.

The public safety department described a $1.9 million, three-year investment in funds “to combat online terrorist and violent extremist content” in a press release on Tuesday evening.

“We need to confront the rise of hate and violent extremism,” Prime Minister Justin Trudeau said in a tweet on Tuesday.

“At the Christchurch Call Summit, I announced that Canada will fund a new tool that helps small and medium-size online platforms better identify and counter content related to terrorism and violent extremism.”

The tool Trudeau referred to is the Terrorist Content Analytics Platform (TCAP) but don’t be mistaken, it is nowhere mentioned what content Trudeau considers as related to ‘terrorism’. Perhaps, if you’re an open critic of your government’s policies, you’re soon about to face a serious crackdown.

According to Adam Hadley, the executive director of Tech Against Terrorism, terrorists share their content on “smaller platforms” first. “Unfortunately, smaller platforms also tend to have limited capacity to handle terrorist use of their services,” he explained to Global News in an emailed statement.

“With the TCAP we are able to alert this content to smaller platforms quickly and thereby prevent the content spreading across the internet before it becomes viral.”

According to its website, the TCAP programme has so far distributed under 20,000 notifications to 72 different platforms. Although, the tool is created to curb the terrorist content online but how do you distinguish between terrorism-linked content and right wing content? Well, Justin Trudeau might have his own definitions of this.

Not to mention, recently the prime minister brought in a law named C-11 to curb the far-right extremist voices online. If you speak out the truth, or if you criticise Trudeau’s regressive policies, or to be more precise, if you’re ‘anti-Trudeau’, then your freedom is probably seeing the last days.

After all, what do you expect out of a leader who considered protesting truckers terrorists! He might consider the digital content creators as terrorists too.

So the whole gimmick behind this law is to reduce the amplitude of the rising voice of conservatism in Canada. Many things have changed since the ascension of Trudeau as the prime minister of Canada. The once hailed liberal Trudeau is now being equalled with authoritarians such as Fidel Castro and Xi Jinping. This itself speaks volumes about the change that is happening in Canada during Trudeau’s tenure.

Many Canadians are yet to digest the fact that such a draconian thing is being discussed in a country that was once the epitome of liberalism. With Trudeau in charge, not only has the nation’s economy collapsed, but people’s freedoms are in ruins as well.