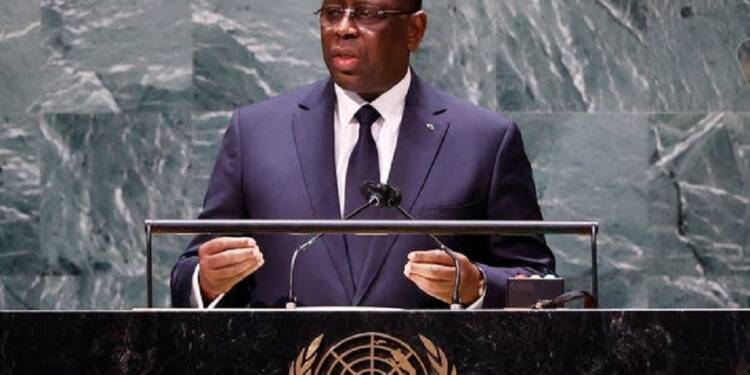 “Africa must be better represented in the UN Security Council, whose “current composition does not reflect the world in which we live.” These words have echoed time and again by numerous African leaders in the United Nations General assembly but they have always fallen on deaf ears. The United States and other major European countries have repeatedly harnessed the power of organisations like United Nations, IMF, WTO and the likes to achieve their own strategic goals.

You see, from slavery and colonialism (including colonial extraction) through economic and climate inequality, racial capitalism, and apartheid in international institutions like the UN et al, the continuum of oppression and servitude of African nations is enormous. However, the concerns of developing regions notably Africa has often been overlooked. But this would not be the case anymore. African countries have comprehended the neo-colonial language of the United Nations and other international organizations and they have started to revolt against this contemporary imperialism with an unprecedented vigor.

“As the UN celebrates its 75th anniversary, we reiterate our call for better representation of African countries on the Security Council and for this to be urgently considered in intergovernmental negotiations,” South African President Cyril Ramaphosa said a few years ago.

Referring to the impact of the coronavirus pandemic on African economies, he called for “the suspension of interest payments on Africa’s public and external debt.

This was only the beginning of what would become an African-led rebellion against the undemocratic world system. Since then, numerous leaders have spoken out against the predatory nature of the industrialised nations, which is often abetted by international organisations such as the UN. After having been exploited and tormented for years by white colonial powers and manipulative economic structures, there is now a growing sense of camaraderie among parts of the African continent, as well as aspirations for a restructuring of the existing international order.

During the pandemic, the inequity of COVID-19 vaccine distribution became more apparent when numerous African leaders took to the microphone to speak at the United Nations General Assembly,.

Namibian President Hage Geingob, for instance, condemned what he dubbed “vaccine apartheid,” saying it was unfortunate that while some countries were receiving booster shots, others had yet to receive their first dosage. African leaders have also begun to express significant opposition to the prejudices of organisations such as the United Nations.

President Emmerson Mnangagwa of Zimbabwe remarked, “It is disappointing that Africa continues to be misrepresented at the UN Security Council despite the continent having the largest membership.”

Macky Sall, the Senegalese president and chairperson of the African Union, recently took the UN General Assembly by storm with his scathing, clear and unequivocal criticism of the West in particular and the current international order in general, during the first in-person general assembly since 2020.

The Senegalese president insisted on the threat of terrorism. “Terrorism gaining ground on the continent is not just an African matter. It is a global threat that falls under the primary purview of the (UN) Security Council, the guarantor of the collective security mechanism, under the UN Charter”, he said.

He also called for a better representation of the continent on the world stage: “I would like to remind you of our request for the African Union to be granted a seat within the G20, so that Africa can, at last, be represented where decisions are taken that affect 1,400,000,000 Africans.”

Furthermore, denouncing Western nations for attempting to enforce their diktats on African nations and robbing the continent of its strategic autonomy, the AU chairperson stated that Africa “does not want to be the breeding ground of a new Cold War.”

Make no mistake, African nations have started to acknowledge that in order to prosper and create thriving economies that allow its burgeoning young population to realise its enormous potential, they must demolish the current world system designed by and for Western countries.

The growing solidarity, the repudiation of Western interference, the rising determination to confront the exploitative status quo, and the disdain for truncated conceptions of development based on a defunct Western model are tangible evidence of a confident, self-assertive Africa. Be rest assured; Africa would script the formation of a new world order, which would encompass the needs of every nation.