Many Chinese netizens have used Iran's demonstrations to voice their own helplessness, displeasure with the status quo, and anger towards the Chinese Communist Party, among other things 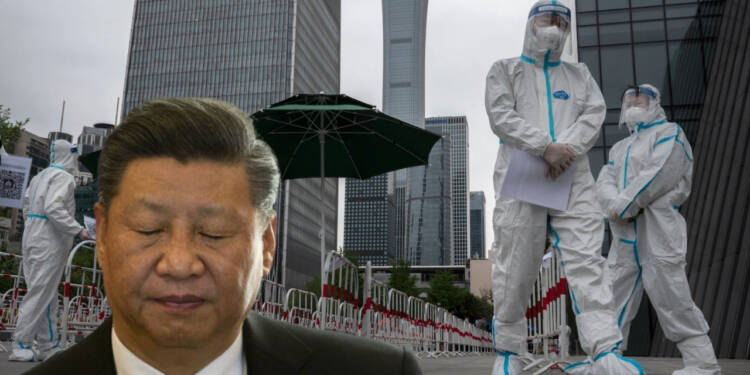 Global waves of protest serve as a reminder that people’s voices must be heard and their rights must be upheld. People around the world who witness these protests get inspired to raise their own voices for demanding the rights they are deprived of.

According to VOA, widespread protests occurred throughout Iran and evolved into political demonstrations against the government when a 22-year-old woman called Mahsa Amini was killed by police for “wearing hijab unproperly” Iran mandates that all females over the age of seven wear hijabs in public. Additionally, the police conduct checks on women when they see them on the street. If detected, offenders get subjected to “re-education,” fines, caning, and perhaps imprisonment.

The demonstrations are the result of harsh punishments. In one such demonstration, Ruhollah Khomeini and Ali Khamenei’s paintings were destroyed. The act was captured in a video which has now gone viral on social media video. The video has caused a stir among Chinese internet users.

In the widely shared video, two guys climbed the exterior of the Government Building in Sari, the provincial capital of Mazandaran, and tore portraits of Khomeini and Khamenei. “Death to the dictator” was among the chants that were warmly applauded, cheered, and shouted by the crowd.

Khomeini was Iran’s previous supreme leader and Khamenei is the present one. They are the nation’s actual rulers as well as the nation’s top religious and political authorities. They are also the only two individuals since Iran’s revolution in 1978 who have been referred to as the “supreme leader.”

Many netizens have used Iran’s demonstrations to voice their own helplessness, displeasure with the status quo, and anger towards the Chinese Communist Party, among other things.

“Iranians keep going!” was tweeted alongside a caricature depicting Iranian women overthrowing Khamenei’s theocratic regime in pursuit of their own liberty. The interesting fact in all this is that the demonstrations are being covered by the Iranian media. Some Chinese individuals criticised the fact that even Iran had press and demonstration freedom. On the other hand, China ranked 175th place among 180 surveyed countries on this year’s Press Freedom Index.

According to Sound of Hope, the Weibo protest video was shared with the message “So can I burn the PCR testing counter?”

Also Read: Huawei is staging a grand comeback in what could be the biggest scam in China

Other internet users asked whether they may burn the cotton swabs, masks, or protective suits in their comments. “Watching the video of Iranians taking off their hijabs, my eyes filled with tears. Thinking about them being able to take to the streets to protest, and even publish newspapers, tears flowed out of my eyes.”

The leading Iranian publications gathered to discuss Amini’s fate on their front pages. In China, this is unimaginable. Many Chinese internet users posted remarks along the lines of “I admire Iran” and “I didn’t expect Iran to have such freedom of the press.”

The CCP cyberspace administration is not idle in the face of the Iranian protests. On Weibo, certain reports on the Iranian protests are currently being censored. With the National Congress of the Chinese Communist Party just two weeks later, CCP can’t risk any uprisings.

Why Chinese are being so affected by these protests though?

Actually, Chinese miseries have been aggravated by the ‘Zero Covid Policy’. It is mostly to blame for the country’s citizens’ plight. The policy includes new “on-the-spot testing and quarantine” measures, which means that once a case is discovered, the person’s home is shut down, and everyone in the area is tested and separated. The lockdowns and rigorous testing have made life even more difficult for ordinary residents. Yet, they have no ways to show their discontent with the government.

Therefore, the recent Iranian protests have inspired the Chinese and we can presume that there must be protests breaking out soon on the mainland. And if they do, it’ll be the end of Xi Jinping.