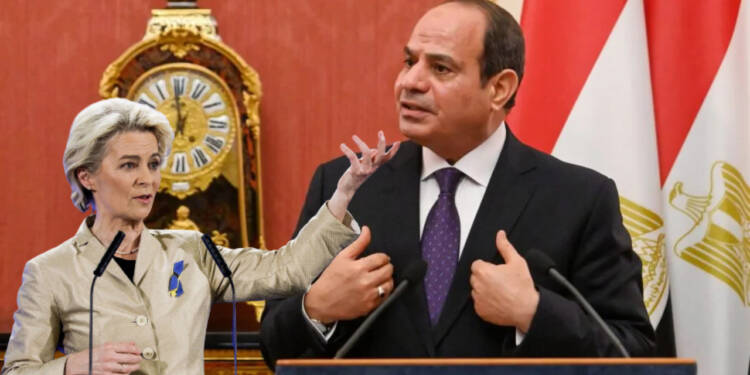 Today, the same European elitist nations are lining up in Africa with a large begging bowl in their hands

And nations like Egypt are rightfully minting billions out of EUROPE’s miseries.

On one hand, there is rising gas demand in EU countries. Energy prices are soaring and there’s chaos in the global energy market due to the Russia-Ukraine war.

Read More: Ethiopia is the latest African country to join in the “throw China out” campaign

On the other hand, countries in Africa are decreasing their domestic consumption and exporting the surplus energy to Europe to benefit from the situation.

In the latest development, Egypt has decided to cut domestic consumption to maximise LNG revenue.

The crisis in Europe has prompted Egypt to boost its LNG exports. The Egyptian government is implementing an electricity-rationing strategy, as part of which Egypt’s streets are poorly-lit at night in recent weeks.

Street lights in Egypt are dimmed in the evening so that they can free up energy for export and boost hard currency reserves.

Its economy was hit by the Russia-Ukraine war even before recovering from the COVID-19 shock. So, the govt in Egypt is trying to alleviate some of the pain while making the most of the European energy crisis.

Egypt has come up with this most unconventional solution to increase its natural gas exports as the traditional ways could take years to succeed. For example, discovering a new natural gas field needs investments of billions of dollars by international oil companies, while starting the production from an already discovered field takes years of hard work. Thus the government decided to reduce consumption to export some of the natural gas used for electricity generation.

Read More: South Africa has taken the first step towards ridding its textile sector of China

Further, Egypt is trying to make use of its power surplus. The total capacity produced by Egypt is about 59,200 MW and the maximum consumption on the electrical network is about 33,000 MW, creating a surplus between 15,000 and 16,000 MW per day.

Egypt also leads the Arab world in terms of operating wind and solar power which reached a capacity of 3.5 gigawatts (GW), according to the June report by the US-based non-governmental organization Global Energy Monitor (GEM).

After the Russia-Ukraine war erupted, Egypt turned to International Monetary Fund(IMF) for a loan and now the country is trying to increase its foreign currency reserves by exporting natural gas to crisis-ridden Europe.

Inflation hit a three-year high of 14.6 percent in July after Egypt devalued the pound, pushing up the price of imports and depleting forex reserves by $7.8 billion since February to $33.1 billion in July.

Thus, Egypt’s electricity-rationing strategy seems to be the last resort to arrest this situation.

From ramping up its natural gas capacity to cutting domestic consumption, Egypt is doing everything it can to boost its economy while making fortunes out of energy-hungry Europe

By making fortunes out of EU’s energy woes, Egypt has set the bar high for all African nations. While the West and the institutions backed by it are arm-twisting African nations into giving up their oil and gas projects in the name of tackling climate change, Egypt has defied their diktats for shoring up its own economy.

Africa must not give into the West’s dictatorial green agenda. Instead, the continent needs to follow Cairo’s suit to not only help Europe brave massive energy shortage but also develop their economies in order to become self-reliant and independent of the West.