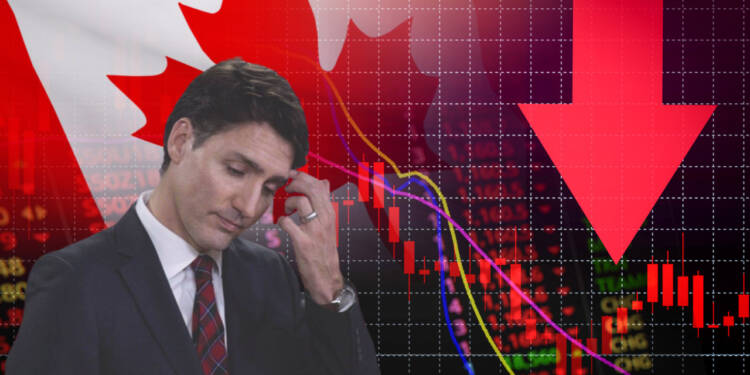 Start-ups are very important to promote the expansion of an economy. A crucial factor that indicates whether or not the country is moving in the correct path is the success of startups. The region’s economy is said to be improving if there are more start-up businesses in the area.

Every year, developing economies like India, Singapore, Indonesia, and others set an example by breaking their own records and establish record new businesses. Canada, however, is taking the opposite track.

Investors are in a pickle because of the nation’s declining output growth and increased instability.  Canadians are not just avoiding establishing a business in their own nation, they are also packing their bags and running away.

The economy of Canada is in no good shape. According to a report released by Statistics Canada, Canada lost more than 40,000 jobs in August, which is enough to raise the unemployment rate by 0.5 percentage points to 5.4%.

This report has shocked everyone in Ottawa as the Federal government had expected to create between 10,000 and 15,000 jobs for the month, however, what has come in front of them is the exact opposite of their expectations.

You might be thinking that the COVID-19 pandemic’s aftereffects or some other global trends are to blame for this. But well, absolutely not! These significant job cuts are actually being caused by Canada’s structural economic issues.

The predicament in Canadian Private Sector

According to a report published by Toronto Star, the job creation within the Canadian economy is largely driven by the public sector, while the private sector, including self-employment, is witnessing no net job creation over the past two years.

The reality here is that the Canadian private sector is getting paralyzed due to the negative outlook of the Canadian economy.

The large decline in the number of self-employed workers is the main factor behind the stalled private sector growth. You will be surprised to know that, self-unemployment in Canada is still below the pre-pandemic levels.

All kinds of Canadian businesses, such as the fintech investor CFT Clear Finance Technology Corp. (Clearco), the investing company Wealthsimple Technologies Inc., the social media management tool Hootsuite Inc., and the online retailer Shopify Inc. have fired large portions of their workforce over the past two years. 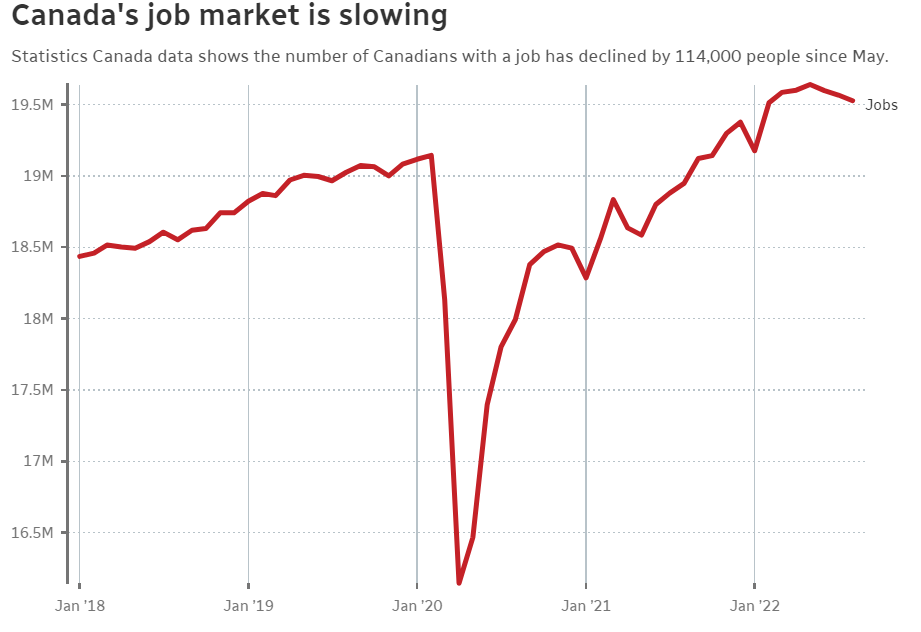 Investors across the nation are in troubled waters due to the ailing economy. Valuations have fallen drastically, their funding is dwindling. Stock prices have slumped as a result of rising interest rates and inflation. All factors are pointing south.

In 2020, the CFIB data had already predicted and warned Federal Government that 225,000 Canadian firms could close because of COVID and its after-effects. However, the disaster could have been averted if the Federal government took adequate actions.

But, rather than recovery, Trudeau made the Canadian economy hit a double whammy. With the declining economy, rising extremism and violence have also increased in recent times in Canada. Honestly, these factors are equally responsible for the closure of start-ups and large-scale lay-offs.

Common Canadians are currently searching for regions with greener pastures. Either they want to retire or they want to take their business out of Canada to places with better trade facilities. Notably, Trudeau and his administration are pushing Canada into very serious trouble.

If things continue as they are, we might witness complete deindustrialization in Canada very soon.