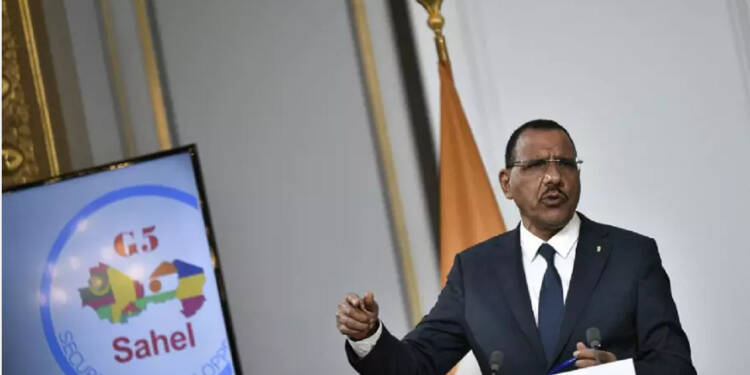 The Sahel region has historically received meager worldwide attention, except for its extreme poverty and the devastation caused by a series of droughts. However, the rise of terrorism, particularly the creation of Al-Qaida in the Islamic Maghreb (AQIM) in 2007, pushed the region to the forefront of global politics.

The Sahel region is mostly desert spanning from the Western coast of Mauritania to the East of Ethiopia, and is affected by terrorism in most of its parts but Islamic terrorism is mainly concentrated in Mauritania, Mali, Niger, Chad and Burkina Faso. These 5 countries were a part of the France-led G5 Sahel Group which is an anti-jihadist group created with a mission to wipe out terrorism from the Sahel region.

On Sunday, May 15, Mali decided to leave the G5 group and its anti-jihadist military force; it also ordered the remaining French troops including Barkhane missionaries to leave the country. The unanimous decision of the French Barkhane to abandon Mali in 2021, and withdraw is seen as an act of back stabbing not only by Mali but also other members of the G5. The French forces including Barkhane have supposedly joined hands with the Islamist terrorist in this region and therefore are seen with suspicious eyes by all. Eight years after its creation the exit of Mali is the de facto signing of the death warrant of the France led G5 Sahel. Recently West backed Niger a member of the G5 group expressed its reservations with the West and its anti-jihadist group in the aftermath of Mali’s exit.

Niger and its complicated relations with the West

On July 9, 2021, Niger’s President Mohamed Bazoum in an interview with French daily La Croix stated that Mali’s isolation was undermining the fight against terrorism; Mali’s withdrawal from the G5 Sahel will mark the end of the alliance. He also said that the G5 has failed its purpose of wiping out the terrorism from the region.

These comments from a country who was believed to be on the side of west, has left them flabbergasted that how a country can defy from toeing their lines. It is now clear from the statements of the President that Niger is now going anti-West. There were large scale protests against the French troops stationed in the country and also the Barkhane Group which is a mercenary group backed by France.

After France faced flak in Niger, NATO jumped to its rescue. Recently, a NATO member Turkey executed an arms deal with Niger for its popular Bayraktar drones which it supplied to Azerbaijan during the Nagorno-Karabakh conflict. The deal also included Hurkus light attack aircraft and armored vehicles. It is said that these arms will be used in the tri-border area of Niger, Mali and Burkina Faso where terrorists backed by IS are wreaking havoc. This is the same region which was mentioned in the statement of President Bazoum.

After this the de facto NATO head USA took it upon itself to please Niger to stay in its sphere of influence. The US is supplying arms and equipment to counter the increasing Russian influence in the country.

Read More: Turkey turns Niger into a pawn in the larger Greco-Turkish conflict

Niger is aware of the reality

Niger is totally aware of the tricks of the West and it has realized, where its real interests are.

Niger can see that Mali has kicked out French troops and its Barkhane group from its territory for not being successful in wiping out the terrorists present in the region. Mali was pressurized to leave its rotational heading Chair of G5. The situation further deteriorated when France deserted Mali in the middle of the operations. The Prime Minister of Mali poured criticism on France in the UN saying they were “stabbed in the back” when the French military withdrew from the country. All of this led to Mali withdrawing from the G5 Sahel and its anti-jihadist force.

Niger has understood that the appeasement agenda of the West is just a veil to further exploit the region further and push it to the brink of collapse. On the other hand Russia is seen as a dependable force when it comes to fighting the Islamist militants in the African continent. Mali has also invited the Russian ‘Wagner Group’ to fight the militants in the region and it has been successful in doing so till now. Niger is also trying the Russia backed Wagner group in a bid to wipe out jihadist militants in the region. There is also a phenomenon in recent times that those African countries which ally with Russia, in the wake of prevailing Russo-Ukraine war, do not suffer from shortages whether oil or food. On the other hand, the EU which itself is prosperous and an ally of the ‘almighty’ United States is suffering from an acute shortage of food, oil and gas supplies.

The West backed G5 Sahel (now G4) which is led by France is trying its best to stop Niger from becoming Mali 2.0. Because if Niger also exits the anti-jihadist force of G5 there will is no sense of continuing this grouping ultimately decreasing the influence of the West in the Sahel region.

But it is too late for the West now as Niger has understood that it will get nothing in return for supporting Ukraine and the West and to fight terrorism it should take support of Russia while cutting its ties with the West.