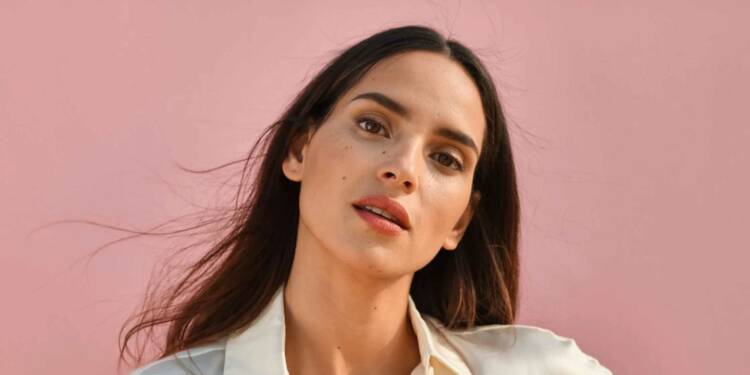 Adria Arjona Torres is a Puerto Rican actress based in the United States. She was born on born 25 April 1992 at San Juan, Puerto Rico. She is the alumni of Lee Strasberg Theatre and Film Institute. In this article we are going to talk about the biography, career, notable works, films and family of Actress Adria Arjona so read the article till the end.

In 2017 Adria Arjona played the role of Dorothy Gale in the Oz book adaptation Emerald City  and in 2019 the role of Anathema Device in the TV adaptation of Good Omens . In 2018 She has played supporting roles in the films Pacific Rim: Uprising and  Life of the Party, in 2019 in Triple Frontier and 6 Underground and in 2022 in Morbius.

Arjona’s started her career as an actress in the 2012 with the short film Loss. Then she appeared in many TV programs. Her TV roles include Emily in season two of the anthology television series True Detective (2015) and Dani Silva in two episodes of the television series Person of Interest (in 2014 and 2015). She later starred in Emerald City as Dorothy Gale and played Anathema Device in the mini-series Good Omens.

In December 2018, Adria Arjona entered negotiations in the Sony spinoff Morbius to portray the film’s female lead Martine Bancroft; her involvement was confirmed at the end of January. In 2020, Arjona starred in the advertising campaign for Giorgio Armani’s fragrance My Way.

In August 2020, Variety confirmed that Arjona had been cast in the Star Wars series Andor on Disney+. She joins previously announced series lead Diego Luna, who reprises his role from the 2016 film Rogue One: A Star Wars Story.

Adria Arjona was born in San Juan, Puerto Rico but she lived in Mexico City until she was twelve. Her mother, Leslie Torres, is Puerto Rican, and her father, Ricardo Arjona, is a Guatemalan singer and songwriter.

As a child, her father took her along on his tours, and she traveled often. At the age of 12, she moved to Miami and lived there until she was 18. Then she moved to New York City on her own.

There she worked as a waitress and a hostess while studying acting at the Lee Strasberg Theatre and Film Institute. She married to Edgardo Canales in the year 2019.

In April 2021, Adria Arjona was confirmed to star that she is going to play role as the lead with Andy Garcia in the Warner Bros. remake of Father of the Bride.

The latest take is told through the relationships in a sprawling Cuban American family.

In October 2021, she was set to star in and be the executive producer on drama film Los Frikis, written and directed by Tyler Nilson and Michael Schwartz.

She will also star in Pussy Island, which marks the directorial debut of Zoë Kravitz.

We hope this biography article of Actress Adria Arjona will be helpful for you to understand her journey and works.