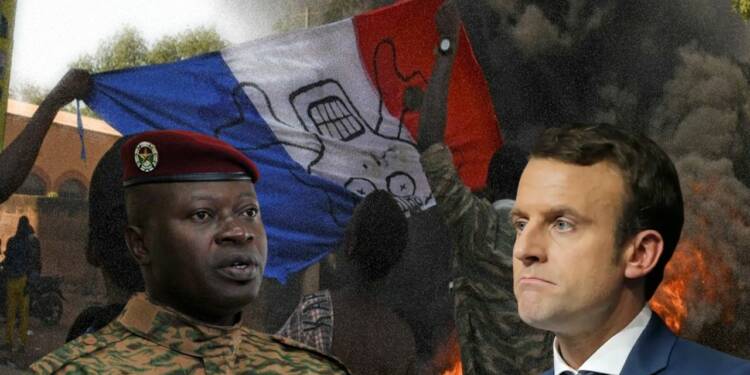 Burkina Faso: Located in the immediate South of the Saharan Desert and lying North to Tropical Africa, the region stretches East-West across Africa. The region has been historically marked with socio-economic and socio-political conflicts.

Although French colonialism was abolished in the region in the 1950s, the jubilation was ephemeral because France continued to maintain most of its bases and influence over the neighbouring nations long after the collapse of its colonial empire.

France, Germany, and Sahel countries also launched the Sahel Alliance in 2017 with the aim of bringing together major international donors to better coordinate development assistance and other financing efforts for the region

A few months ago, France—alongside several EU states and Canada—announced the termination of its decade-long military involvement in Mali. While the French President Emmanuel Macron refused to admit failure, the Malian government and citizenry believe otherwise.

Recently, Mali’s interim prime minister Abdoulaye Idrissa Maïga strongly denouned France at the UN, saying they were “stabbed in the back” when the French military withdrew from the country.

You see, the attitude toward France in Mali and the Sahel changed dramatically between 2013 and 2021. Paris, who at first was lauded as a savior, is now accused of failing to control the security situation and even encouraging neo-colonial dependency patterns.

France also lost the Saharawi people’s confidence owing to a lack of accountability over civilian losses during military operations.

Additionally, despite France’s sustained military intervention since 2013, the violence has moved beyond Mali to Niger and Burkina Faso. Indeed, violence in the three countries has increased year after year since 2017, with over 2,500 events and approximately 6,000 deaths expected in 2021.

Also Read: The story of Sahel: How the US and EU came to a disturbed region and turned it into a never-ending strife

A Domino effect breezes through Sahel:

Protests have also begun across the Sahel region against what the commoners perceive as “colonial powers”. Recently the G5 countries, a military alliance that up until May comprised Mali (withdrew from the alliance), Niger, Burkina Faso, Mauritania, and Chad, denounced the failure of Western countries as the Sahel’s security situation has only gotten grimmer. One prominent country which is leading the fight against French-intervention along with Mali is the landlocked country in West Africa — Burkina Faso.

Recently, demonstrators gathered outside former president Thomas Sankara’s memorial in Ouagadougou to reject the presence of the French military in the country.

Protesters held banners reading “Down with the UE, France’s accomplice”, “France is imperialist, tyrant, parasitic, out” and “No to cooperation agreements with France.”

“France clings miserably to its former African colonial empire, which it plunders, exploits its resources and instigates coups, kills their heads of state, ignites terrorism and fuels wars and genocides.“, said Yéli Monique Kam, President of the M30 Movement to the crowd.

“We are taking our destiny into our own hands so that we have the freedom to choose partners and appropriate solutions that are good solutions to end the conflict.” added Yéli Monique Kam to an agitated crowd.

The growing presence of Russia:

This increased cynicism and antagonism toward the West has been coincided, as anticipated, with an increasing faith in Russia.

You see, when the French withdrew their troops from Mali, Russia began to step in and take the place of the European nation. With little time to spare, the Russian-affiliated Wagner group entered the scene and pledged to assist Mali in its fight against Islamic terrorism, a persistent problem for the nation. Additionally, the Wagner Group has already been closely collaborating with the Central African Republic (CAR), another former French colony.

Even in Burkina Faso, where the Roch Marc Christian Kaboré-led government was deposed in a military coup, there has been a reshaping of the country’s external ties, with resurgence in Russian sympathizers. The inclinations of coup supporters were advertised in Russian flags that flapped in the city, Ouagadougou, alongside stark, hand-painted banners aimed squarely at Burkina Faso’s former colonial ruler, shortly after the success of the coup.

The abrupt call for Moscow’s assistance is yet another indication of how Islamist extremism in the Sahel, a large region south of the Sahara, is radically altering traditional alliances and weakening pro-Western sentiments.