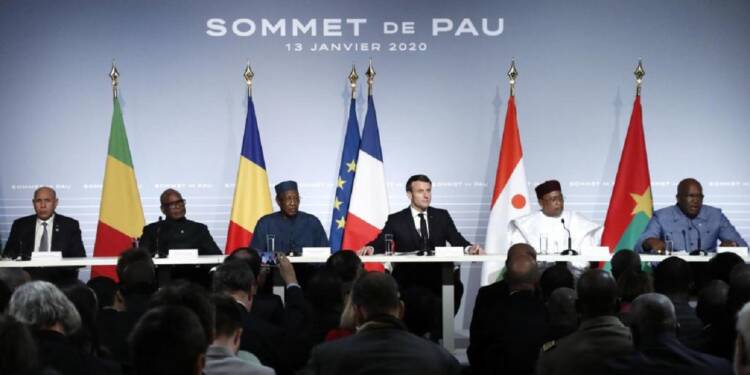 Located in the immediate South of the Saharan Desert and lying North to Tropical Africa, the region stretches East-West across Africa. The region has been historically marked with socio-economic and socio-political conflicts.

Even now, the 10-country region, which has historically been dominated by European countries, holds a key position as the scene of fierce rivalry for natural resources. Although French colonialism was abolished in the region in the 1950s, the jubilation was ephemeral because France continued to maintain most of its bases and influence over the neighbouring nations long after the collapse of its colonial empire.

France, Germany, and Sahel countries launched the Sahel Alliance in 2017 with the aim of bringing together major international donors to better coordinate development assistance and other financing efforts for the region.

The United States also has supported French counterterrorism efforts in the Sahel since 2013, including providing airdrop of French troops into Mali, providing aerial refueling, and the sharing of intelligence. It was to support intelligence collection and sharing with France those combat-equipped U.S. armed forces deployed to Niger in 2013.

In addition to such non-kinetic support for counterterrorism operations by partners, U.S. armed forces have sometimes engaged in combat in the Sahel. U.S. forces, sometimes deployed on so-called “advise, assist, and accompany” missions with foreign partners, have engaged in combat in Niger, as well as in Mali and Cameroon against both ISIS and al-Qaeda- linked jihadists.

The attitude towards the West in the Sahel changed dramatically between 2013 and 2021.Western countries like France, who were at first lauded as a savior, are now accused of failing to control the security situation and even encouraging neo-colonial dependency patterns.

In actuality, the West has never intended to keep the Sahel region free of conflict. You see, for the American Military-Industrial Complex (AMIC), which is made up of private arm dealers, lobbyists, and Pentagon officials that sustained war and profited greatly from the attacks, a conflict-ridden area war signifies rather an “exceptional success.”

Over time, the majority of weapons transported to Africa, particularly the Northern African region, were exported by Western nations.

The United States’ engagement in the Sahel has been overly militaristic, as proven by the millions of dollars of yearly spending in security assistance and institutional support for domestic warfare against militant groups in the region. Unfortunately, civilian fatalities, chronic human rights abuse, and widespread corruption have been frequent outcomes of the U.S.-backed wars against terror in the region.

Major weapons systems have wreaked immense havoc on the region, while small guns and other military supplies have contributed to the conflict’s continuation. Tens of thousands of civilian casualties have been directly caused by aerial bombardment and the employment of long-range artillery, while hundreds of thousands have been indirectly caused.

The use of US weapons by opposing sides in conflicts in Iraq, Yemen, Syria, and Libya has previously been demonstrated. The Sahel region has also experienced this same occurrence.

Also Read: US tried to bribe Niger to stop it from joining the Russian camp, fails miserably

The changing geopolitics of the region:

French unanimously terminated its decade-long military presence in Mali in 2021. When the French withdrew their forces from Mali, other countries—like Russia—started to fill the void left by the European country. The Russian-linked Wagner organisation joined the scene with little time to spare and vowed to support Mali in its struggle against Islamic extremism.

Additionally, Mali declared its departure from the G5, a military alliance that up until May comprised Mali, Niger, Burkina Faso, Mauritania, and Chad. This force, which was largely funded by the European Union, was seen by the Sahel’s foreign allies as a solution in a place where jihadist violence was rampant.

However, there haven’t been many collaborative operations in the last five years, and the Sahel’s security situation has only gotten grimmer. The remaining four nations in the region have also begun criticising western nations’ failure to effectively confront terrorism.

In a recent meeting of the defence ministers and chiefs of staff of the G5 Sahel countries in Niamey, the leaders stressed on the need of a “new strategy” for the anti-jihadist force after Mali withdrew in May.

Despite the “efforts” of states with the “support” of partners, “the security situation remains worrying, particularly in the ‘tri border’ area”, between Burkina Faso, Mali and Niger, the statement said.

“The current formula can no longer meet our operational concerns,” said General Gninguengar Mandjita, Chief of Staff of the Armed Forces of Chad, which holds the presidency of the G5 Sahel, in opening the meeting.

Alkassoum Indatou, Niger’s Minister of Defence, added that “beyond the financial difficulties”, the G5 Sahel now suffers from a “problem of cohesion and unity of action which has been damaged since the withdrawal of Mali.

Fundamentally, Western initiatives such as the G5 force are failing horrendously. Countries such as Mali were prudent to cut connections with Western nations and form alliances with other powers such as Russia to battle terrorism. This has even proven to be a success, albeit modest, for Mali. The Russian Wagner group has been successful to quite an extent, when it comes to countering the Islamic terrorists.

This success tale will unquestionably enhance the goodwill for Russia among other nations such as Niger, Chad, and others, who, as previously said, have already begun bashing Western nations. For a long time, Western nations have systematically destroyed the region in order to enrich their coffers through the export of weaponry. However, the Sahel countries are gradually becoming aware of the nefarious intent propelling Western intervention in the region. Without a doubt, Western influence in the Sahel region in particular, and Africa in general, is approaching its end.