Trudeau once advocated the consumption of drugs in Canada. He even toiled to ensure safe supply of drugs, stressing that regulating the illicit supply is the answer to drug toxicity deaths 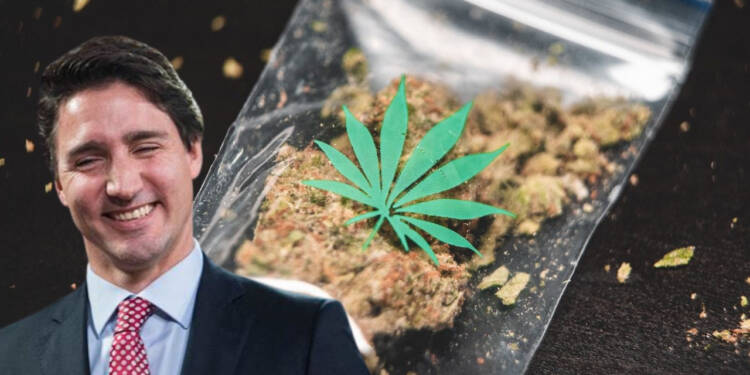 The Cannabis Act, which was passed four years ago and made cannabis legal in Canada, is currently being reviewed by the federal government. The goal of the evaluation is to ascertain whether the legislation satisfies Canadians’ needs and expectations.

The President and CEO of Cannabis Council of Canada, George Smitherman, said that while they appreciate the review, they urgently need relief from the tax and regulatory burdens on legal cannabis producers so they can compete with the illegal cannabis market.

“Some areas where we’re really in need of reform to compete better with the Illicit market are to restore some order of financial viability for licensed participants, to give us some more flexibility to communicate with our consumers and to reduce some of the regulatory burden that we’re experiencing,” Smitherman stated.

Read More: Trudeau plans to flood Alberta with illegal aliens, but he’s already in a for a rude shock

For a long time the Liberal Party, especially the NDP, sought to legalise drug usage, which they finally achieved in 2018. And now Canada is content to see the positive economic and social impact of “Legalisation of Cannabis.”

“It accounts for around 11 billion in retail sales and right now over 90,000 jobs, which I think is pretty significant. And we need to do what we can just to make sure we’re nurturing that growth of the sector in Canada,” Kerri Michell, president at Farmer Jane Cannabis Co. said.

But lately, the consumers are turning toward the illegal market, where they can find edibles that have THC ten times the amount of legal limits. In illegal market, these are even cheaper than the legal ones. This is proving to be a setback for the legal market and making it tough for businesses to climb up in the legal cannabis industry.

Smitherman said that each province has a different retail model so excise tax and markups vary by province, but overall the excise tax is proving to be a much bigger tax than what was initially promised.

“The promised tax was a 10% tax on cannabis products. But in many, many cases, we’re having taxes that are in the 30- 35 percent range,” he told.

The THC restriction on edibles, which is now set at 10 mg per packet, was also cited as one of the main obstacles by Michell and Smitherman .

According to Michelle, despite Regina’s gradual expansion of the cannabis industry, the market in this area is beginning to get overrun by retailers. She said, ‘We had, I believe, 16 stores in November 2021, and as of right now, we have 30 stores, with another eight looking to be established.’

The recommendation is one store for every 10,000 inhabitants, or 25 stores, for Regina, which has about 250,000 residents. However, high taxes, stringent restrictions, and the persistence of the black market, are making it challenging for companies to grow in the legal cannabis sector.

In 2018, when Canada declared ‘legalisation of Cannabis’, it was among the first major western nations to do so . However, in just four years, the law has backfired terribly, making the illegal drug industry in Canada much bigger and dangerous than it has ever been. The illegal supply of cannabis continues to rise which is still significantly contributing to deaths. Make no mistake, this liberal approach has pushed the nation into total misery.