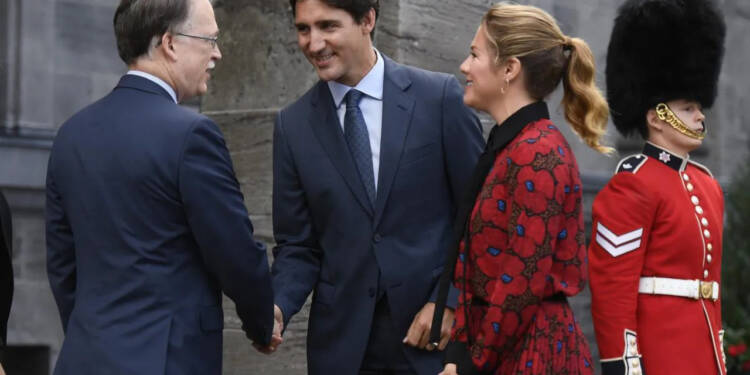 Ian Shugart: The We Charity scandal was a controversy in which Liberals were under fire over the contract with WE Charity to manage a $900M student grant program. Conservatives and opposition lawmakers demanded an explanation from the cute face leader because the scandal was undoubtedly a big blot on government transparency.

Trudeau was on the verge of total surrender. But, he was ultimately saved by a devoted loyal who has remained close to the Trudeau family. When the heat of We Charity receded, he remained in exile for 1.5 years.

However, as Justin is falling into troubled waters again, the loyalist is coming back to save Trudeau’s downfall.

According to CBC news, long-time bureaucrat Ian Shugart, who the Liberals have dubbed the nation’s top civil servant, is now being considered for a Senate seat.

Reportedly, after receiving recommendations for the two from the independent advisory council for nominations to the upper chamber, Prime Minister Justin Trudeau made the announcements yesterday.

Trudeau has also appointed him to the King’s Privy Council, adding his name to a list that includes past and present cabinet ministers and people. Reportedly, the federal government stresses that Shugart is being “honoured for his contributions to Canada.” However, that’s not the case here.

After a lengthy career in the public sector, Shugart, who will represent Ontario, officially retired and resigned as clerk of the Privy Council in early 2021 to go through cancer treatments. But now, all of a sudden, Trudeau is pushing him back into duty.

Ian Shugart: The man who once saved Trudeau’s face

Beyond questions, Trudeau is not just rewarding Ian Shugart for his contributions to federal authorities but also for his loyalty to the Trudeau family. How can one forget that it was only Ian Shugart, the same man who once saved Trudeau from his terrible downfall?

Ian Shugart is accused by opposition MPs and the media of redacting portions of documents related to the WE Charity controversy. And guess what, Shugart proudly claims that he redacted the portions of the documents for secrecy.

When the We Charity scandal was a hot debate, Ian Shugart confirmed that the pages were blacked out to protect cabinet confidences, or because they weren’t relevant to the committee looking into the WE affair.

The Conservative MPs on the ethics committee were reviewing the contract WE received to run the Canada student service grant program. After learning of Ian’s allegations, Justin Trudeau and the other ministers involved in the dispute quietly left the debate.

Shugart is now in Senate!

Now that the committee was leading the charge against Mr Shugart, Shugart withdrew from the probe by announcing that he was receiving cancer treatment.

1.5 years later, no one cares about the We Charity scandal anymore. So now, Trudeau is ready to bring back Mr Shugart into mainstream politics.

You would also be aware that the Senate lacks leadership from the liberal party, at least 15 seats are still vacant. In 2014, Trudeau ousted all senators from the Liberal party.

In order to enact significant legislation in the upper chamber without encountering too many obstacles, Trudeau needs to fill the void in the senate with more independent representatives, who are unquestionably going to be his loyalists.

Shugart’s election is a minuscule attempt to fill the void. He might be a valuable tool for Liberals when enacting contentious legislation that Trudeau constantly tries to put into place in a new york minute.

However, Shugart’s selection to the Senate raises the question of whether such tainted leaders need to hold the most prestigious position. No, not for a democracy that is thriving. But, for a party that is drenched in lust for power, absolutely yes!

Shugart is unquestionably a valuable tool for the Liberal Party. Now let’s wait and watch who Trudeau will push next for a smooth Senate majority.