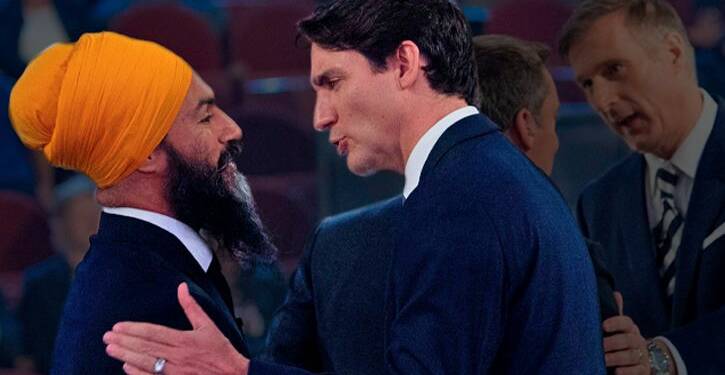 Justin Trudeau is not ready to digest the fact that Canadians want to oust him as soon as possible. So now, Federal authorities have some vile plans in their mind to entrap common Canadians.

Realizing the fact that he is losing the game, Justin Trudeau is now resorting to changing the game altogether. Yes, Trudeau and co now want to tweak the Canadian election system altogether to save their chairs.

In 2016, When Trudeau and the Liberals wished to change the electoral system of Canada, New Democrats i.e. NDP went all guns blazing against the proposed reforms. New Democrats had different preferred electoral systems in mind, and the plan proffered by Trudeau wasn’t deemed appropriate to satiate their lust for power. However, six years later, the tables have turned.

In 2016, the conservative flank in Canada’s politics was next to dead.

Today, however, the Canadians are now embracing the conservatives like never before. Thanks to Pierre Poilievre, who is unquestionably a rising force in Canada. According to a recent survey, 37 per cent of Canadian voters will vote for Conservatives if the elections were held today. On the contrary, only 30 per cent would vote for liberals and 20 per cent for the New Democratic Party.

So, except for woke scums and extremist dolts, the current administration is heavily disliked by the Canadians. But for megalomaniac leaders like Trudeau and Singh, Power is everything. So, in order to stay in power forever and hinder Pierre’s rise, the ruling coalition is now going to commit an unpardonable sin.

According to Canada Observer, Canadian Prime Minister Justin Trudeau and his coalition partner, Jagmeet Singh might push for Electoral reforms in Canada, in an order to ‘save’ Canada from Pierre Poilievre’s politics.

The report stresses that, for years, the Liberals and NDP have failed to reach an agreement on the best way to replace Canada’s first-past-the-post system. But, with Pierre Poilievre’s rise and the ongoing spread of Conservatism in Canada, they ought to revisit the issue urgently.

For those who don’t know, the first-past-the-post is the most common and the most democratic way to elect leaders in a thriving democracy. The Voting system is a “plurality” voting system: the candidate who wins the most votes in each constituency is elected.

But now, Trudeau and Jagmeet are planning to overhaul this voting system.

Read More: Pierre Poilievre has already constituted his own cabinet to dismantle Trudeau’s cabinet of doom

A compromise on STV system

Now the question arises which electoral system could serve the purpose for Liberals and New Democrats? The STV or ‘Single Transferrable Vote’ system is the answer.

Under the STV system, multiple representatives are elected in expanded constituencies, with voters asked to rank candidates on various sets of issues.

For instance, a voter would be asked to rank candidates on policies like the economy, freedom of rights, climate, etc.

This STV system is also a combined mixture of ranked ballots and NDP’s proposed proportional system i.e. an electoral system in which voters cast their votes for political parties and the percentage of that vote is then benchmarked to seats.

Through this, NDP and Liberals would lay emphasis on local representation, where at present, Conservatives lag behind both parties in several regions. Through STV, each district is likely to elect members from different parties in proportion to the votes cast. All in all, the new concept undermines the value of the majority mark reached by a running candidate.

The system is quite complex and it could get tampered with easily. The system might sound just to political science professors and pundits, but frustrates the general public.

Read More: There could be fresh elections in Canada soon, and the results are a foregone conclusion

In addition, the voter polarization and division that have caused conservatives to gain such significant ground in Canada would be eliminated by the STV system. Canada is on the verge of losing the parliamentarian majority system forever.

Whether they admit it or not, these so-called “progressives” tend to lose their calm at the mere sight of Pierre Poilievre. To extend his time in office, Trudeau is about to change the country’s entire democratic system. But will that help Trudeau realize his notorious ambitions and eliminate the Poilievre threat? Only time will tell!