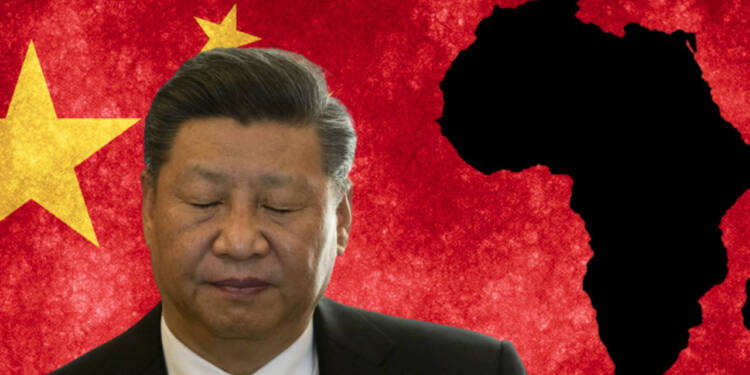 Proclaimed as the project of the century, the Chinese Belt and Road Initiative (BRI) is now taking its last breath. Many of the investments made by China in Africa under the BRI have reportedly gone bad and the authorities seem to have let go of the matter but the citizens are not satisfied with the turn of events.

The African economies have come under tremendous pressure ever since the COVID pandemic. Matters worsened when due to the Russian-Ukraine war, the supply lines are demolished. As a result, a number of African economies defaulted on their debts. And, according to the World Bank, around 40% of that total is owed to China.

Shockingly, the Chinese have let go of the said loans, supposedly as a ‘sign of goodwill.’ The Foreign Minister of China, Wang Yi said Beijing had forgiven 23 interest-free loans to 17 African countries.

Read More: Huawei is staging a grand comeback in what could be the biggest scam in China

The news was understandably well-received by cash-strapped African economies, many of which count China as their largest bilateral creditor. With debt as a percentage of GDP being so alarmingly high, roughly half of the continent either has defaulted on it or is about to do so. The world’s poorest nations, many of which are in Africa, will collectively have to pay $35 billion in debt service in 2022.

Bad debts are by far the biggest reason behind Beijing curtailing the program altogether. In addition, the accusation that China is orchestrating debt traps has also been instrumental in demotivating the Chinese to quash the project. Moreover, China’s stagnated economy and falling exports contribute to the reasons altogether.

Chinese Banks unhappy with the CCP

Bad economic conditions in African countries could’ve been another reason why the Chinese officials restructured the loans. But they completely let go of the loans thus putting more and more pressure on the taxpayer.

“Chinese banks are reluctant to cancel or reduce the principal on bank loans inside China; doing this abroad would be unpopular among Chinese citizens,” says Deborah Brautigam, director of the China Africa Research Initiative at Johns Hopkins.

You see, the authorities are waiving off loans and are not accounting for the extra pressure that will have to be incurred by the banks which are already struggling owing to a stagnated economy and the CCP’s Zero Covid Policy.

These banks would then have to ramp up rates to account for the additional expenses which would affect the common citizen and would eventually slow down the economy. In conclusion, what the Foreign Minister essentially did was put additional pressure on an already suffering economy and interestingly for no return.

The CCP might be thinking that it would benefit from the support of the nations it waived the loans of. However, most of the African nations already considered the loans as grants and probably will pay no heed to China’s calls in the future unless Beijing has got more money to spare which now seems like a far-fetched dream.

Maybe the CCP should focus on domestic issues more. It should be creative enough to boost its decreasing exports, push the additional money into its own economy and not waste it on gambles in foreign lands.