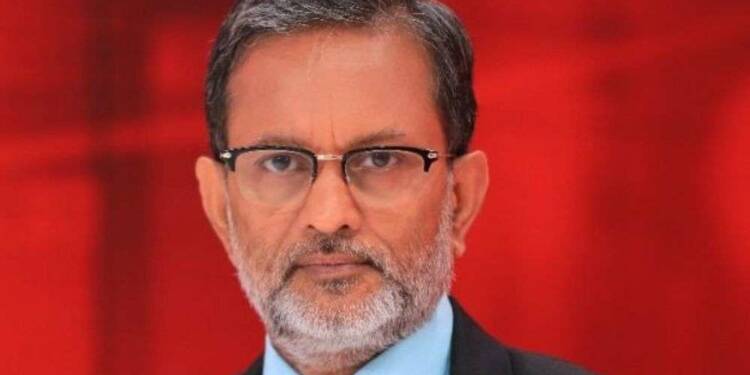 Ajit Anjum is a veteran Indian journalist having over three decades of experience in the field of journalism under his belt. He was born on April 7, 1969 at Begusarai, Bihar, India. In this article we are going to talk about the biography, career, notable works, and family of Ajit Anjum so read the article till the end.

Currently his age is 53 years. He has worked as managing editor at News 24 and India TV news channels. He was awarded the Ramnath Goenka Excellence in Journalism Awards in 2010.

Ajit Anjum was born in the Begusarai district of Bihar. He had completed his early education at Begusarai and Darbhanga. He obtained his bachelor’s degree from Langat Singh College, Muzaffarpur which is affiliated to Bihar University. His father, Ramsagar Prasad Singh, was in the Bihar Judicial Services as a judge at Patna.

Anjum started his career as a journalist while pursuing his studies at Muzaffarpur. He changed his last name from Kumar to Anjum while working as a local reporter at the Patliputra Times. Working as freelance journalist in Patna, he wrote for Dharmyug, Saptahik Hindustaan, Dinmaan and Ravivar. He went to Delhi in 1989 and started working at Amar Ujala.

Ajit Anjum is married to Geeta Shree, who is also a journalist by profession. They together have a daughter named Jiya.

Ajit Anjum developed an interest in reading and writing news while studying in college. His first piece of writing that got published in a newspaper was a letter to the editor that he wrote to the editor of Patliputra Times. It was in 1987. He was in college at that time. To get a better understanding of journalism, he started reading various popular journals and magazines of that time, such as ‘Hindustan Dainik’ ‘Nav Bharat Times.

Gradually, newspapers started publishing his writings. This strengthened his determination to pursue journalism as a professional career. During his early journalism days, he worked as a freelancer for many regional dailies, such as Dharmyug, Saptahik Hindustan, Dinmaan, and Ravivar. He acquired his first full-time job in 1989 as a news writer at a regional newspaper, Chothi Duniya. At that time, one did not require a journalism degree to get recruited as a journalist. He did ground reporting for Chothi Duniya during the 1989 Indian general election.

In 1994, Anjum joined BAG Films as a director of the talk show Rubaru hosted by the Congress leader Rajeev Shukla. He produced many shows for BAG Films where he worked for fifteen years. Anjum then worked at Aaj Tak as a senior producer. He rejoined BAG Films and launched News 24 in 2007. He left News 24 in 2014 and joined India TV as its managing editor.

Ajit Anjum conceptualized shows like Red Alert, Sansani and Pol Khol for Star News. He was awarded the Ramnath Goenka Award for his reporting of the flood in Bihar in 2010.

Anjum managed a campaign on News 24 that resulted in truckloads of relief materials reaching the victims.

As a result, Fem magazine mentioned him in its 50 most powerful people of Bihar in its survey conducted in 2016.

In the desire to work independently, Ajit started a YouTube channel by his name in March 2020.

On his YouTube channel, he uploads videos related to news and ongoing topics with extensive ground reporting.

We hope this biography article of Ajit Anjum will be helpful for you to understand his journey and works.