It does look like the current protests against the ruling government and the demand to call in early elections have made Slovakian PM realize the faults in his prior actions. As a result, he has reportedly taken some steps that will indeed shock the EU 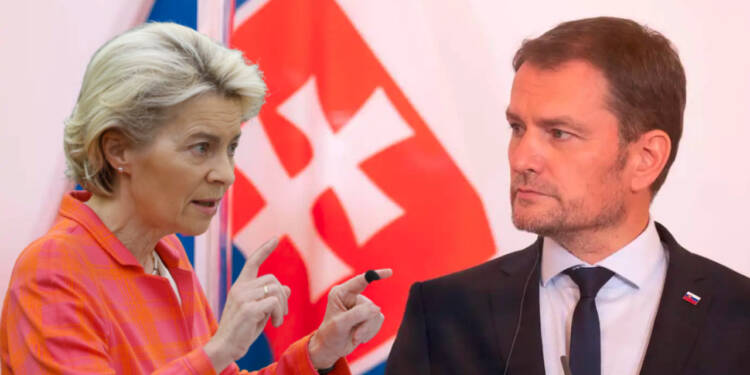 Marek Senkovič, the CEO of Slovnaft, the largest oil refiner in Slovakia, has stated that they will continue to sell Russian oil in the domestic market even after its exemption from the EU’s ban expires by the end of next year. You see, Slovakia was exempted from the embargo on the import of Russian crude oil because of its tremendous dependence on Russian crude oil to function. But Slovnaft wants to continue even after the exemption runs out, said Senkovič. The Slovak leaders have realized that they cannot function without the support of Russia. Moreover, increasing resistance at home has forced them to look for a balanced approach.

Senkovič said in an interview, “Condition is that we can’t process more Russian crude oil in future calendar years than what we will produce from it for the domestic market.” As a result, the Slovakia administration found a ‘loophole’ which would allow them to import Russian crude oil and not invite resistance from the EU.

Slovaks use only 40% of the oil they produce and export the rest 60% to foreign buyers. Therefore, the administration is allowed to import enough crude oil that could quench the thirst of the domestic market. However, they would have to diversify their sources for the rest, that is, for the purposes of export, and that orchestrates other problems. You see, Slovakia refineries are not capable of refining crude oil qualities other than the Russian and would need repurposing to make that happen. This could cost the administration approximately €200 million.

One of the reasons why the PM took an anti-EU stand is because his country is not able to go on bearing the losses from the looming energy crisis. Slovakia’s Prime Minister Eduard Heger has claimed that rising electricity bills have pushed his country’s economy at risk of “total collapse.”

Also, Slovakian newfound guts to act against the EU can be attributed to the recent betrayal by the EU leadership. For those who don’t know, Slovakia produces a sizable amount of nuclear and hydroelectric energy. As the greatest energy crisis of the century started knocking on the doors of the EU, in a heroic move, Slovakia’s largest energy supplier decided to sell off its extra electricity to energy traders at the beginning of the Ukraine war. The twist in this story came later when Slovakia also started feeling the brunt of the Ukraine war. The same traders in neighboring nations that had purchased Slovakian energy are now asking Bratislava to sign energy deals that are five times costlier than market rates.

Eduard stated, “Slovaks are purchasing the same energy they sold for €100 for €500,” Surprisingly, Eduard has even warned the EU that Slovakia would stop listening to EU diktats if Brussels fails to help them. Reportedly, the PM has said, “European Commission plan for a €140bn windfall tax on power generators in the bloc would not work in Slovakia.”

The betrayal seems to have thrown the cold water on the sleeping Slovakian leader and has finally shown him the true colours of the EU leadership.