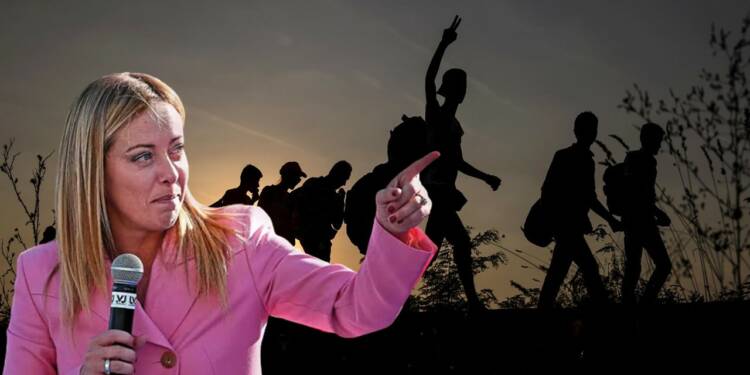 Giorgia Meloni, Italy’s newly elected Prime Minister has criticized Italy’s immigrant policy for years now. Now that she has been elected to the office, it is previewed by the analysts that Italy’s immigrant policy will take a sharp turn. While criticizing Italy’s migration policies Meloni stated that these policies risk turning the country into a “refugee camp of Europe.”

The migrants from Africa start their journey to Europe through the Mediterranean where they set out flimsy boats from the northern or north-eastern coasts of Africa. Their journey to the supposed la-la-land starts in the dark of the night where they sail on their flimsy boats while evading local authorities into the vast sea. In their quest for a good future some of these boats drown taking with them the future of Africa in the middle of the journey as the mighty waves gulp most of these small boats and its passengers with it. Even if some of these migrants succeed in reaching Europe they are caught and deported back to Africa by the EU authorities.

Some NGOs also work for the cause of saving these migrants from drowning and give them assistance when these migrants are about to reach Europe. These onboard passengers spend weeks at sea as they don’t get the docking permission while the European countries decide to divide the immigrants among themselves. These NGOs then try to take docking permission from the authorities and face impounding & legal charges from the concerned countries.

The major countries which face the influx of the illegal immigrants are Spain, Italy, Bulgaria, Greece and others. However after the advent of Italy’s newly minted Prime Minister it is evident that it will get tougher to sneak into Europe especially through Italy. According to the past remarks of Meloni it cannot be denied that she can send these migrants directly in Northern Europe if Italy is pressurized to take in more immigrants.

The origin of the illegal migrants from Africa emerges from countries like Tunisia, Libya, Egypt, ALgeria, Morocco among others. 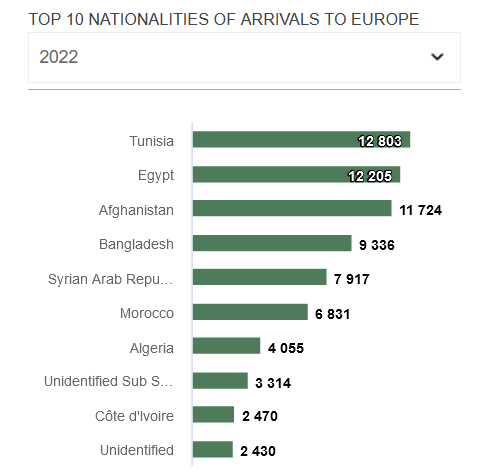 The migrants also die along their way either by heat, diseases, starvation or drowning among others. But it doesn’t mean that countries in Europe should keep receiving the influx of the immigrants disproportionately and destabilize their economy, security and other peripheries.

Africa must look inside

The people of Africa should understand that they are a burden in the eyes of the Europeans no matter what they will contribute after entering their land. Africa is harsh and its people tough, Africans should realize that and try to work it out in their home land only. The great legends like Nelson Mandela, Jomo Kenyatta, and Winnie Madikizela-Mandela originated and stayed in Africa despite the level of struggle at that point of time. They didn’t flee for better opportunities; instead they stayed and created opportunities for other people. If Africa can create opportunities for the West and the East then it can definitely create sufficient opportunities for its own people provided its own people see and act for those opportunities and not flee the continent for an easy life outside.

It is evident from the examples of growing Nigeria, that how Nigerians struggled and worked hard to make their country prosperous despite the hurdle known as Boko Haram. If we go to the Sub-Saharan Africa there is a key project going on to connect the central African countries though an oil pipeline. Uganda-Kenya’s project on world’s largest heated oil pipeline is another example that Africa has ample opportunities. Africa is a gold mine both literally and symbolically. It holds the power to chokehold the entire world if it halts the supplies of its minerals, rare earth elements and ores. Whether the Africans use these positive aspects of Africa to their best or the outsiders will pounce on the resources of the continent is something which the people of Africa have to decide. The rise of Africa is unstoppable but it is to be seen that whether it will be with its youth or with the help of outsiders.