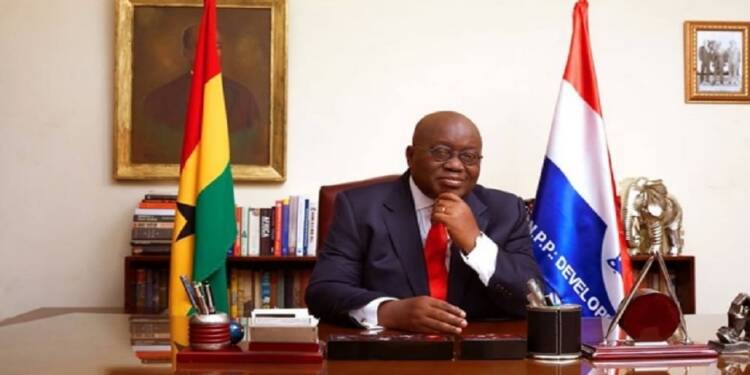 The finance minister of Ghana Ken Ofori-Atta  said he is positive that he can get a bailout from the IMF for Ghana’s budget which is to be presented next year. He is hoping to get it before the end of this year. Ghana started negotiations with the IMF after several meetings. As per the finance minister, the West African state will not be able to have long negotiations which will continue after December, during a press briefing, he stated, “Negotiations will be fast-tracked to ensure that key aspects of the program are reflected in the 2023 annual budget statement in November 2022.”

Ghana’s president Nana Akufo-Addo met IMF’s managing director in Rotterdam who said “we will move as quickly as possible”. Addo mentioned Zambia, which got an IMF bailout after more than a year, telling, “I don’t think we as a country can afford that kind of uncertainty over that period”.

Ghana is suffering from inflation, debt distress and declining currency. It is hoping for $ 3 billion from IMF to resolve the economic situation.

Ghana’s economic situation and ways to address it

Ghana’s plan to seek a $3 billion bailout from the International Monetary Fund will definitely not work in its favour. The country is struggling with a sinking economy which is marked by skyrocketing inflation, debt crisis and poverty. Ghana’s leaders are busy figuring out about the steps they need to take to get their country out of the problem. The economists and policymakers will suggest various methods which the Ghanaian government can take to resolve the economic crisis, however, it is not certain which one is best suited.

On the one hand, some economists and policymakers will stress about hiking the interest rates which will discourage households, companies and the state from borrowing, which then will reduce the circulation of cash, if there is no money then there is no demand and if there is no demand, prices of commodities will come down. Hence, inflation will end. Whereas, on the other, economists will emphasise circulating more money in the market because if the citizens have cash then there is demand and when there is demand, there will be production.

Ghana’s dependency on IMF must be curbed

It is difficult to ascertain which measure will help Ghana. But if there is one thing that the gold-rich West African country can do to avoid escalating their financial crisis is, to get rid of the International Monetary Fund. IMF is an institution which represents the interests of the West, its involvement in nations of Asia and Africa is motivated by their mineral resources. The IMF is a body which is dominated by the West, therefore the institution’s presence in African states is not to help but to obtain something that will be useful for the US and the EU. Generally, the bailout packages of the IMF are given on the condition of political loyalty which renders poor countries subservient to powerful nations.

In Ghana’s case, it has fulfilled its responsibilities which the West expected it to do. The nation voted in favour of Ukraine during the UN resolution vote condemning Russia’s military action. In August the president of Ghana held talks with Ukraine’s president Volodymyr Zelensky, the meeting focused on food security and support for Ukraine in international organisations. Last month, Ghana’s president Nana Akufo-Addo blamed Russia for the worsening economic situation in African states, including his own, during the 77th UNGA. And in 2021, Akufo-Addo visited the White House and met Vice President Kamala Harris, the meeting centered on strengthening ties between Ghana and the US.

Despite doing what the West expected it to, Ghana has been abandoned by the West and left in uncertainty. The finance minister is hoping to get a bailout from the IMF before the end of the year, telling the media that negotiations with the IMF must not be lengthy. The president too stressed that Ghana cannot afford to wait too long for the relief package. But ‘The Africa Report’ reported that negotiations with the IMF will take at least six months.

If there is something Ghana can do to save its economy, recover from the inflation and debt distress, it is to stop relying on the IMF. Ghana has oil and gas reserves which it can use to develop its economy, it can follow what Egypt is doing right now. In the wake of the shortage of gas in the US, which is witnessing highest price rise in 40 years along with the EU, Egypt has started exporting its LNG at hiked prices, hence benefiting the North African country. Ghana too can sell its crude oil at high rates which will generate the funds that are needed for debt repayments, payment of salaries, increasing food production etc.

As long as the IMF keeps giving money to Ghana, it will have control over the country’s policies. The IMF will make Ghana implement economic policies which will benefit the West and will hinder any attempt at becoming self-sufficient.