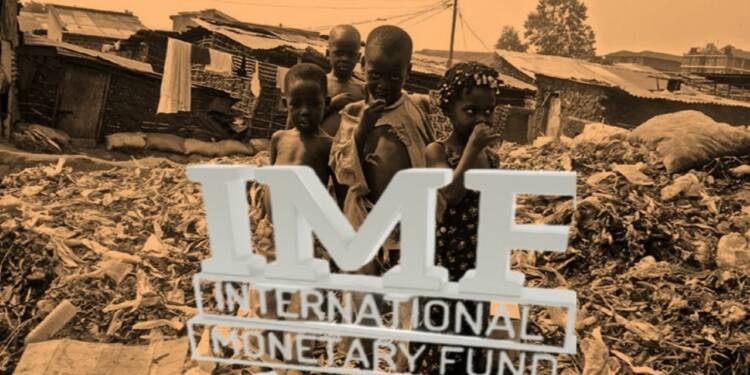 IMF carries a dubious history of meddling in the penury-stricken terrains of Africa, and the organization has been pushing the already battered region into further crisis by feigning assistance. The financial organization often navigated a specific way when it came to Africa and it finally took a British organization with grit to shed light on the grave atrocities committed.

READ MORE: A warning from Japan was enough to make IMF delete statement against coal projects

The latest UNICEF report on the nutrition situation in the west and central Africa noted that almost 6.3 million children suffer from wastage of food. This report compelled the British charity organization Oxfam to gauge down the interminable humanitarian crisis in Africa. Oxfam’s assiduity with the research revealed the massive misconduct engineered by an organization that the world weighs its belief on.

The analysis found that the loan programs initiated by the IMF after the lockdown in Africa are forcing a good number of developing nations on the path of crisis.

“This epitomizes the IMF’s double standard: it is warning rich countries against austerity while forcing poorer ones into it,” says Nabil Abdo, Oxfam International’s senior policy advisor.

During the initial days of the pandemic, IMF reprised back its benign outlook with amplified calls for the issuance of billions of dollars in an emergency to the bags of developing nations in Africa. However, rendering assistance comes with conditions. The crude ways of seeing things in Africa through the IMF lens mandated the African nations to strictly follow austerity measures according to the Organizations doctrine, which has invariably stymied Africa’s progress while worsening the poverty and inequality to a mix.

“The pandemic is not over for most of the world. Rising energy bills and food prices are hurting poor countries most. They need help boosting access to basic services and social protection, not harsh conditions that kick people when they are down,” said Abdo.

Embossed with the tag “financial crisis firefighter” IMF of today finds itself in the middle of a crippling global financial crisis. It’s acceptable how the Ukraine war has exacerbated the ongoing financial crisis, but IMF can’t force down the apathy in Africa on any recent happenings that shook the global stage. It’s solely an IMF creation. The Oxfam revelation has made the public discern the double face that IMF carried for a long. But it seems like IMF does have its backers.

Right after the European debt crisis of 2010, Europe became the epicentre of IMF’s operations. The Greek bailout saw IMF residing most within the Euro safe havens with little or no assistance to struggling economies.

A rich lode for minerals, Africa has always attracted the eyes of global superpowers. The US along with China has been fighting a long fight for dominance over the African region lending certain promises for gaining control.

IMF of late has been tailored to follow a certain line of approach that works better in contention with the inflow of funds. It’s no secret that China and USA stand as the domineering powers that fund the IMF to help the global financial order. So any reforms that the IMF employs to better the prospects of Africa would tamper with the interests secured by a few.

The economic hardship that Africa endures is indeed a blessing of sorts for the global superpowers who salivate over the prospects of reaping gold from Africa. So Africa needs to stay like what it is now, an impoverished continent.

Despite the strong vocal criticism over the Oxfam revelations, IMF remains unclogged and looks to cement its ambitions in Africa to stay in the good graces of its masters. IMF’s conditionality on keeping Africa a cash cow will fuel further unrest and inequality in the unique terrain.