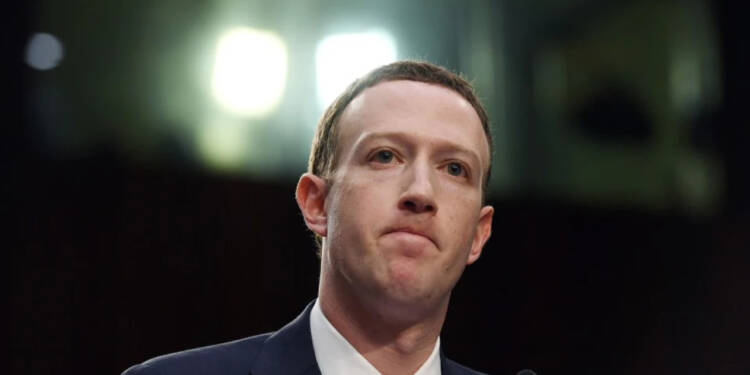 Let’s take you on a trip down the memory lane. It’s 2014, you’ve posted images online, and your friends are liking, commenting, and sometimes even sharing them to get more attention. On this platform, you can play games and use the tagging feature to communicate socially with others. In 2004, Mark Zuckerberg and his friends created this social media platform that revolutionized the digital era. Yes, we’re talking about Facebook. The social media platform that once, single-handedly dominated the internet for a long haul.

But now, the social media juggernaut is losing its charm. Yes, the platform that in 2018 recorded an active user base of 2.2 Billion is currently showing a steady decline. Other Social media platforms that were eventually introduced copying Facebook are now filling in the gap.

The platform that was once credited with reinventing social networking is currently making every effort to keep up with the times. However, it is utterly failing. Mark Zuckerberg’s empire is coming down, but, frankly, this was bound to happen. Actually, there are several reasons, that are eventually responsible for the fall of Facebook.

According to statistics, the number of Facebook app users between the ages of 13 and 19 has declined by 13% since 2019. Furthermore, since 2012, Facebook has failed to lure members under the age of 30. The issue has increased over the last few years. Reportedly, social media users who formerly relied on Facebook have shifted to Instagram, YouTube, and Snapchat. Over half of the US population between the ages of 13 and 17 use internet platforms like Instagram, YouTube, and Snapchat more than Facebook, according to research by the Pew Research Center.

As per the research, former FB users on Instagram are estimated to be 72%, compared to 85% who use YouTube. Furthermore, 69% of people who formerly used FB are now on Snapchat.

Without a doubt, Facebook was the first social media network to introduce features that were once appealing. But as of now, it basically steals ideas from every other SM. For instance, it now has reels, which originally made TikTok unique. Additionally, Facebook was unable to recover from the data-sharing controversy. According to reports, the “Like” button plug-in helped Facebook obtain information about users’ online behavior using cookies. This may be yet another factor in users’ decision to discontinue using Facebook.

Read More: Is the end of Facebook already here?

Now, let’s come on to another major issue. Facebook is a prime illustration of capitalism that is based on wokeism. Due to Meta’s revenue generation mechanism, Facebook’s current users are merely publishers who only upload promoted content. As a result of this content’s increased visibility in Facebook’s News Feed, users have reportedly grown disgruntled and switched to other social media platforms. Additionally, Facebook promotes views such as gender neutrality, liberalism, and so on.

Facebook loves to become a torch-bearer for curbing hate speech. Almost every conservative or those, which keep different views from liberal elites have complained that FB has voluntarily taken action against them. For example, in 2020, Facebook introduced a new tool to stop ‘fake news’ being spread against the US President Candidate Joe Biden.

Third, Facebook has always served the purpose of the deep state. FB has had a long history of inciting riots and stoking tensions in conflicted nations of the world.  Institute of Security Studies has revealed in a report that groups like Boko Haram are using Facebook, Telegram and Whatsapp as weapons to further their dangerous agenda all across Africa.

Furthermore, in India, when a major riot broke out in Capital New Delhi, it was eventually found that the videos inciting were originally uploaded on Facebook. But, when it came to legal action, Facebook started saving its face.

A double standard-based empire can never endure for very long. Facebook had a blast for fifteen years while dominating social media globally. Now, though, the paradigm is beginning to change. People are saying a big F to Facebook after recognizing the true identity of the blue logo.

Is Facebook on the decline? Well If Facebook fails in the near future, Meta would also utterly collapse. Mark Zuckerberg’s pipe dream of Metaverse is rapidly coming to an end.