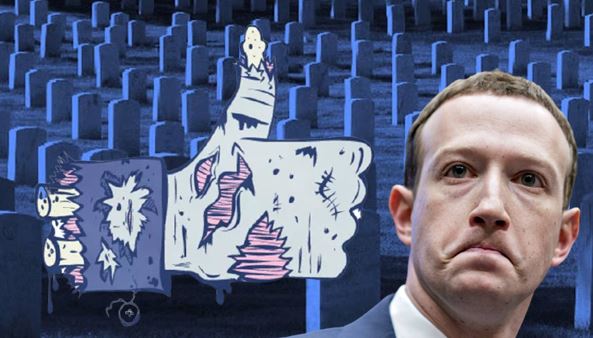 Last week, Facebook, Inc. suffered a six-hour outage. The three key apps of the company- WhatsApp, Instagram, and Facebook, were down for quite a few hours. These lost hours, of course, translated into a loss of around $6 billion for Facebook CEO Mark Zuckerberg. But you must have noticed something strange – you must have been fretting over inability to use WhatsApp and Instagram, and probably didn’t even bother to check that Facebook wasn’t working either.

So, how has Facebook’s journey changed from being a social media leader to being a dispensable product?

MySpace had failed to adapt itself to a changing social media atmosphere and technology. Companies like Nokia and BlackBerry had perished in the smartphones market due to a lack of ability to adapt to changing conditions and MySpace perished because of the same reason in the social media sector.

The internet revolution in different parts of the world in the last decade led to cheaper data rates, and greater internet access meant that Facebook expanded dramatically.

Fast forward to 2021, Facebook itself seems to be a piece of outdated technology. The user interest in Facebook is getting eroded pretty quickly. When was the last time you checked your Facebook timeline? Just try to think about it and you will get a fair idea of how Facebook is losing the interest that it used to generate.

Also read: China’s state-owned Media outlets have more Facebook Fans than the Messis and Cokes of the world

In fact, there was an era when timelines on Facebook were dominated by profile picture updates, group photos and status updates about personal thoughts. People would even post updates marking themselves as safe in a natural disaster or revealing the cities to which they were traveling. The Facebook Messenger too, was popular among many as an Instant Messaging (IM) app.

However, today, Facebook timelines are either dominated by people sharing political views or local businesses trying to generate an audience for themselves. From a personal use app, Facebook is getting reduced into a business tool of sorts.

People move to other apps

When one platform doesn’t satisfy your desire of social interaction, you shift to other platforms. So today, people are using YouTube and Twitter for posting their videos. Some of the old Facebook users are also turning to vlogging apps. For posting stories and photos, people are shifting to Instagram. Finally, WhatsApp remains the premier IM app for the world at large.

Also read: As Facebook freely suppresses conservative voices across the globe, for China it makes an exception

Meanwhile, several new apps are on the rise. Millenials, for example, use Snapchat because they find it more appropriate than any other social media app. Due to privacy concerns associated with the older apps, many social media users are now turning to Signal and Telegram that do offer better privacy.

Facebook, Inc. went public in May 2012 and its Initial Public Offering led to a stunning market capitalization of over $104 billion. But even before going public, Facebook, Inc. was very popular in the business world. Big and small businesses found it to be a good source of advertising.

People preferred the Facebook Audience Network over Google Ads because of the virality that Facebook offered, and also because Facebook had better data about consumers which allowed advertisers to make more informed decisions.

Buzzfeed alone spent millions of dollars promoting its clients’ ads on Facebook. You can only imagine how much money luxury automakers and villa sellers used to pump into Facebook.

A key moment in Facebook’s journey was however the entry of Sheryl Sandberg as the Chief Operating Officer, at Facebook. She was very close to the Democrats and Hillary Clinton. In 2016, she even penned an endorsement for Clinton calling her “the leader we need.” Thereafter, the whole anti-conservative narrative began and people got angry. For the first time, Facebook was criticised for biasedness. And lastly, the Cambridge Analytica scandal happened and the social media platform got bad PR over privacy concerns as well.

Also read: They banned him and thought it was over, but Trump is dragging Facebook, Twitter and Google to Court

As the privacy concerns ran deep, people got worried about the amount of personal data they were giving away to Facebook. This is in itself, a reason why many people are shifting away from the social media platform.

Since Facebook went public, it had to keep its share values up despite all the controversies. So it started doing a lot of things, but, this made the platform even more complicated. The virality of Facebook algorithms is gone and people are looking for better platforms. Also, the conservative-liberal rivalry has created new social media companies and this is again creating problems for Facebook.

Make no mistake, in 2021, Facebook has no niche of its own. For uploading photos, people go to Instagram. For live videos, people go to YouTube and Twitter. And for instant messaging, people prefer WhatsApp anyway. So, Facebook stands at a juncture where it can be wiped out just like MySpace if it doesn’t become less invasive, less complicated and less biased.