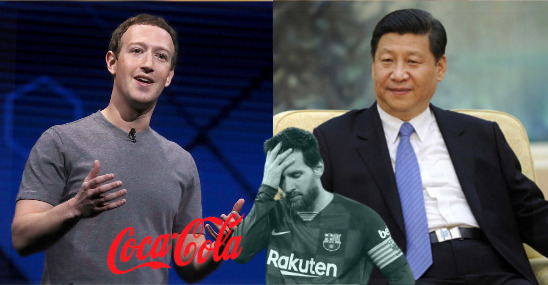 There is an age-old adage—“A lie repeated a thousand times becomes the truth”, and in the case of the People Republic of China, the aforementioned quote seems to be the driving philosophy that the Xi Jinping regime has adhered to peddle its agenda and disseminate fake news on the world stage. Despite Facebook not being allowed in China, it is the Chinese state-owned media channels that have the most number of followers and likes on the platform, which even dwarf the biggest of Hollywood stars, sports personalities and other international media channels.

CGTN and state-run news outlets such as China Daily, Xinhua News Agency, The Global Times and People’s Daily are far and away from the biggest news media outlets on Facebook. CGTN has over 115 million Page likes (and most probably you would have seen its ad on your timeline more than once); BBC in contrast has only 53 million while CNN has 34 million.

Read More: After kicking out Chinese media, UK could remove China from its defence sector and China is rattled

Other sister publications of CGTN such as China Daily has 103 million, with Xinhua having 89 million, the People’s Daily having 86 million, and the Global Times having 61million. 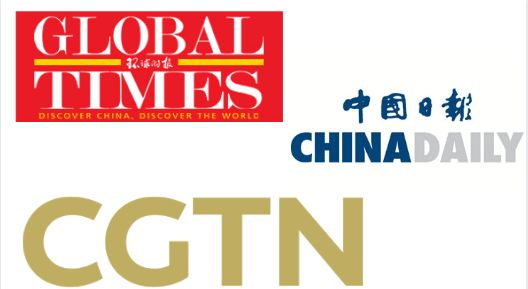 CGTN is only behind pages of Facebook itself, Samsung and Cristiano Ronaldo — none of the others come any closer to it.  While Facebook did not have any qualms in banning America’s former President Donald Trump without any solid ground, platforms such as CGTN continue to run unchecked and furnish quality PR pieces that only seem to hide the failings of the Xi Jinping regime.

“This illustrates the double standards by China where Facebook is banned. Yet it leaps on Facebook in the West to promote its own messaging. You should not have it both ways. Facebook should have the courage to call China out and recognise how it is being used as a virtual window to promote Chinese state thinking.” said Mr Tobias Ellwood, chairman of the UK Defence Select Committee

As reported last year by TFI, China is using Facebook, Instagram ads to target the US and every other country that speaks against it, especially on the COVID-19 issue. China had unleashed a ‘good PR campaign’ by increasing its efforts to position itself as a world leader in virus response and a model of effective governance whilst blaming the United States for the coronavirus pandemic.

It takes minimal effort to understand that China has gone on an overdrive to sell its version of the story to the world by spending huge bucks. It has created a legion of bots that artificially swell the follower count of its pages and later uses them to engage in the micromanagement of any narrative. If Facebook is indeed a fair and transparent organisation as it claims to be – it should immediately crackdown on CGTN and other affiliated Chinese state media platforms.