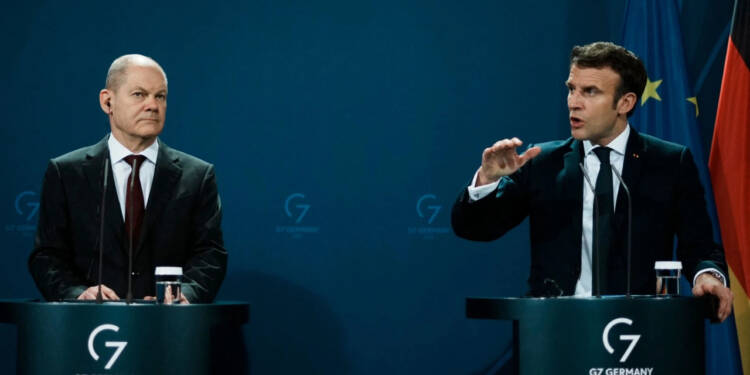 When it comes to selling someone out, without a doubt, Germany can give competition to CCP’s China. In June, when Russia slashed gas supplies to Germany, Italy, Austria, and the Czech Republic, Berlin was one of the first states to urge for unity amid a looming energy crisis.

And because the EU believes it is a big happy family, each member of the union agreed to hold hands and stand together. Germany, however, has stabbed member states in the back in just four months.

Now that its own reservoirs are full, it should ideally play the role of a big brother and protect countries from devastating winters. Berlin, however, has openly displayed middle finger to member states.

According to Fortune, Germany has plans in its bags to cut power exports to the rest of Europe in the worst-case scenario. Reportedly, Germany is eyeing to reduce its electricity exports to neighboring European countries in order to prevent power grid failures this winter.

Amprion, the largest grid operator in Germany, is planning temporary pauses in energy exports as a “last resort” to prevent electricity supply bottlenecks and shortages if domestic energy demand increases during the colder months.

With this, European countries would have no other option rather than resorting to energy rationing this winter as the continent deals with reduced natural gas imports from Russia.

However, for countries that were entirely reliant on Russian gas imports before the start of the Ukraine war in February, asking consumers and businesses to use less energy may not be enough.

France and other EU nations in Danger

So, Germany’s intent could risk the prosperity of smaller EU member states. However, along with smaller nations, France would also be among the countries hit if Germany slashes electricity exports to neighbors.

Yes, the decision is unlikely to go well for Paris.

Between January and March 2022, which is ideally a chilly season, France imported 6,000-gigawatt hours of electricity from Germany, making up 5% of the nation’s total power output.

Furthermore, due to maintenance work, employee strikes, and extreme weather throughout the summer, about half of France’s nuclear power facilities have been offline recently. So, France had no other feasible option rather than exporting energy from Germany.

In August, Germany acknowledged that helping other nations in the name of solidarity is necessary owing to the looming energy crisis. Germany had vowed that it would continue providing energy supplies to France and other nations if an emergency occurs.

But now, Germany is pushing France and smaller EU nations into the fire.

Read More: Germany flouts EU norms to secure a loan of €200 billion for itself

Such behavior from Germany, which is often called a juggernaut in the EU is quite odd. Over the last few days, Germany has been constantly giving excuses to justify its act of dumping the EU solidarity.

As the reports of slashing energy exports came into knowledge, Germany came up with an excuse that its reservoirs are not filled yet which is a complete farce.

On August 28th, Germany’s Economy Minister Robert Habeck stated that Germany’s gas reserves were 85% filled and the gas storage facilities are filling up faster than planned.

Even recent data suggests that Germany swimming in a pool of energy. Germany has 220.8TWh energy in its reservoirs.

Then, Germany’s national network regulator came up with a new excuse and announced that Germans used too much gas over the last week. This is the reason why Germany is heading to cut energy exports.

Germany also introduced a 200 billion euro package to cap the price of oil and gas in Germany. This step was not welcomed by member states which stressed that this could force the whole Eurozone into a debt crisis. So, there goes your European Solidarity. But, for Berlin, it doesn’t even matter.

Read More: Germany hints at breaking its energy ties with US once and for all

Make no mistake, Germany looted gas. It singlehandedly disrupted the energy market to shore up its own energy reserves. But now, when it came to saving its own brother states in Europe, Germany is portraying itself as a victim of the energy crisis.

Well, Mr. Olaf, the entire continent of Europe is experiencing an energy crisis. So, stop making senseless excuses and stand on your own ”European Solidarity”.