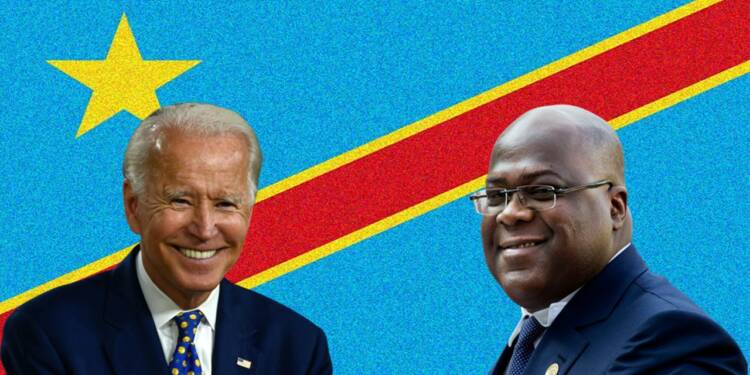 The M23 rebels are well known for destabilizing and looting the resources of the Democratic Republic of Congo. The DRC is filled with natural resources such as cobalt, oil, gold, copper etc.

It holds the world’s 70% of cobalt reserves which is used in many components such as batteries, cells etc.

The menace of M23 rebels facilitates the smuggling of cobalt and other natural resources into Rwanda which backs these rebels. A year ago these M23 were chased by the DRC forces along with the UN peacekeeping force back into Rwanda but they again became active and captured some places in the northeastern part of the DRC.

But the central African countries are coming together to support the DRC to eradicate this menace. DRC is the largest cargo mover at the port of Mombasa with at least 50% share. And the newly elected President of Kenya also extended his support to DRC at the UN. In his speech at the UN, Ruto said, “Eastern DRC is served by Mombasa Port, 50% of all imports go through our country, we have a commercial relationship, we are neighbours. These are not responsibilities we can run away from…peace in DRC, peace in Somalia, equals to peace in Kenya,…”

Every country within the EAC had decided to end the conflict by adding soldiers to the 12,000 troops needed to battle the M23 rebels in DRC.

The joining of different countries and Kenya’s KDF has bolstered DRC which was till now at the back foot. Now the M23 rebels are forced to retreat and the US backed Rwanda is doing nothing but just watching the massacre of its people.

Why is US concerned

United States climate envoy John Kerry on Tuesday said that the US has asked DRC to cut some oil blocks from auctions, which are present in sensitive environmental areas.

At the pre-COP27 climate talks in Kinshasa, Kerry addressed the media stating that the US had asked the DRC’s government to “withdraw some tracts to protect the forest”. After this Congolese environment minister Eve Bazaiba stated on this issue, “As much as we need oxygen, we also need bread,”

But why is there a sudden concern for the DRC’s environment? The US is concerned by the expelling of the M23 Group which was backed by Rwanda, a US ally in the region. The US uses this group to indirectly receive cobalt and other minerals which are smuggled by M23.

Another example of the US destabilizing other country to gain undue influence and /or monetary benefits is Nigeria. This is evident from the situation that the US notoriously creates the problem in order to project itself as a solution. The CIA created Boko Haram to destabilize Nigeria and to control and plunder its resources. The oil theft in Nigeria is so big that it can cover its oil exports and still be larger. Daily at least 4, 00,000 barrels of oil gets stolen by thieves, illegal refinery contractors, and smugglers. This amounts to at approximately $ 36 million of theft per day at the current prices per barrel.

As we can see the US uses instability to control and plunder a region, it is evident that it is concerned about its proxy M23 from getting obliterated from the DRC.

In the backdrop of this the US is at its greenery and environment propaganda again. It is now suggesting the DRC to cut down some oil blocks from auction as these will do environmental damage. The biggest carbon dioxide producer in the world is now concerned about the environmental damage from some oil blocks. This is the same US which doesn’t hesitate from exploding tonnes of bombs in the name of testing. This is the same US who operates oil companies all over the world. The real thing is that it doesn’t have an iota of concern for the environment in DRC but it has concerns for minerals & oil on which DRC is sitting. The only veiled message in this statement is that don’t disturb our illegal supply chain of cobalt.

The US is known to disrupt projects in the name of the environment when it comes to its interests. The West uses hundreds of undersea, underground oil and gas pipelines but when it came to the construction of heated oil pipeline in Uganda and Tanzania the west again started crying foul over the environmental concerns.

USA also provides aid to Rwanda ultimately helping the M23 rebels. America allocated more than $147 million in foreign aid to Rwanda during 2021, making it Rwanda’s largest bilateral donor. It was even criticized for it by some senators in the US Congress.

The largest bilateral donor of Rwanda is now after its rival DRC. The DRC is now in line of sight of USA because it is now obliterating its proxy M23 which originates from Rwanda. So for saving its ally Rwanda, the US is after the DRC and it is using various nefarious tactics and the environment is one of them.