ArriveCAN is a $54 million scam 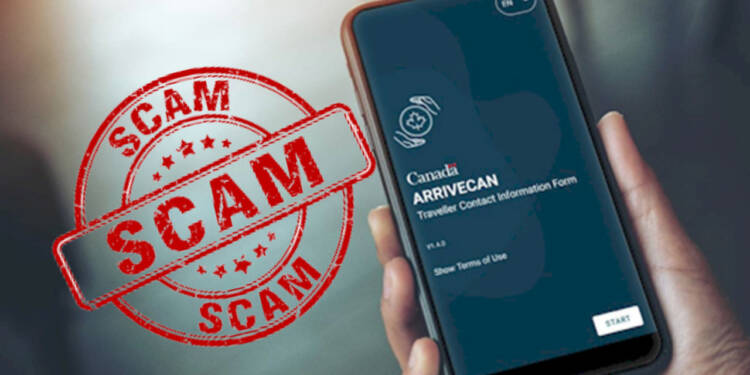 The Canadian tech ecosystem is all set to say, ‘Hey, government, stop wasting our money.’ Yes, so here comes another scam by the liberal government. ArriveCan app- the Chinese style-surveillance app over which the politics gained momentum is another big scandal of Trudeau’s government.

Two Canadian Tech firms that build apps for clients have come up with a strong claim. They have challenged the government’s spending on the ArriveCan app. The firms are preparing to replicate the ArriveCan app in the coming days to demonstrate to federal officials that they erred in spending $54 million on the mobile application.

The concept originated from the team during their Friday morning video meeting, according to Sheetal Jaitly, CEO of TribalScale, a Canadian firm that develops apps and other software for multinational corporations.

“We do a stand up every morning where we talk about what’s happening in the news,” he said. As they were discussing the Globe and Mail report that total federal spending on the ArriveCan app is on pace to reach $54-million this year – more than double what the government had recently said had been spent – one staff member said he bet he could build it in two days.

“We all started laughing and one started feeding off the other. ‘Hey, why don’t we just go do this and show the world that this is completely ridiculous?’ ” he said, summarising the staff discussion.

The Globe was informed on Friday by Zain Manji, co-founder of Lazer Technologies, which also creates apps and other digital products for customers. His team is starting a similar hackathon.

“It’s voluntary by us and over the weekend – like a hackathon project,” he said in an email. “Purely to show that, professionally speaking, an app like this should not cost as much as it did, and for the government to please consider other avenues or do more due diligence in the future.”

On Friday, Mr. Manji and Mr. Jaitly spoke on the phone to discuss the possibility of coordinating their activities. Both of them intend for their work to be freely available to the public as open source.

According to Mr. Jaitly, other Canadian IT business executives, have also contacted him about a potential partnership.

In order to comply with COVID-19 requirements, ArriveCan app was created as a tool for travellers to upload their required health information. It was expanded to allow users to answer customs and immigration questions up to 72 hours before flying into Canada.

The government has stated that as of September 30, using the app would no longer be required, but it will still be available as a voluntary alternative.

A Globe and Mail analysis of federal contracts related to the ArriveCan app found that in addition to the higher price tag, the company that received the most federal work on the app – GCstrategies – has fewer than five employees. The Ottawa-based company has informed that it works with over a dozen federal ministries and uses more than 75 subcontractors to carry out its contracts. The corporation and the government both refuse to provide the names of the subcontractors, claiming it is confidential information from a third party.

Moreover, several tech leaders have shown suspicion as to why the government would turn to such a company, rather than working directly with a Canadian firm that specializes in building apps.

But, does such an app actually require amounts as hefty as $ 54 million? Tech leaders claim that most of the apps are built for less than $1 million. Then why did the government waste such a huge amount of Canadian dollars on this app? Can we say that the Liberal insiders got rich on these contracts?

“Where did the $54 million money go? And most importantly who profited from it?” he asked.

While the conservative MP’s raised concerns about the app’s cost the liberal MP’s are reluctant to answer their questions.

Liberal MP Anthony Housefather, who is parliamentary secretary to the Minister of Public Services and Procurement, defended the spending and said the cost covered a range of expenses.

He said, “I will make no apology for an app that saved the lives of tens of thousands of Canadians. This was part of a global health strategy in order to protect Canadians.”“Where the honourable member insinuated the price was entirely related to developing the app, that price related to development, accessibility, support, maintenance and multiple different contracts. It was not related just to the development of the app.”

The Canadian Prime Minister never gets enough of being at the centre of huge scandals. After the We Charity scandal, ArriveCan again landed Trudeau in trouble. And yet again, no sign of accountability is visible.