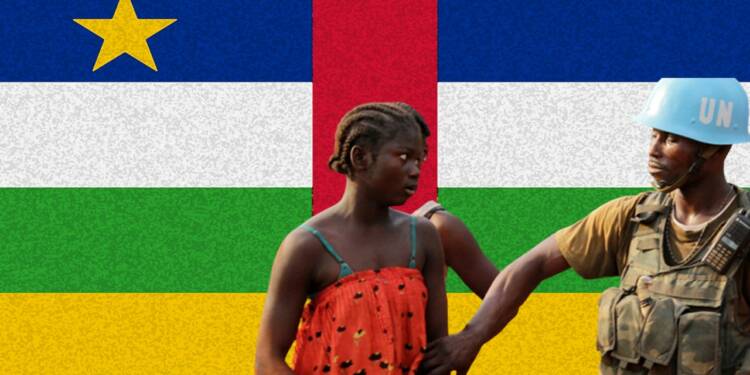 Three United Nations peacekeepers were killed and some injured by a bomb on the roadside in Central African Republic this week, the UN announced. The attack took place in the village of Kaita, where armed groups are prevalent. The peacekeeping mission called MONUSCO tweeted, “The battalion was carrying out a patrol….when 1 of its vehicles hit an explosive device”. The head of the UN mission in the Central African Republic condemned the “use of explosive devices by armed groups”.

The country has been embroiled in violence since 2013 when, the then president Francois Bozize was overthrown by Muslim Seleka rebels. The UN peacekeeping mission, which was deployed in Central African Republic (CAR) in 2014, is about 14,200 troops strong.

The United Nations Mission in the Central African Republic called MONUSCO was deployed in 2014. The purposes of the UN mission are to establish peace in the country, prevent attacks by armed groups on civilian population, facilitate peacebuilding, assist the government in development and ultimately promote reconciliation between the state and armed organizations. The UN very clearly stated before getting involved in the internal matters of Central African Republic (CAR) that it wants to put an end to the suffering of civilians. However, it has been more than eight years and CAR’s condition continues to deteriorate. Terror groups are still very much active in the nation; genocide is being committed on the people of CAR. Many reports have emerged which state that the UN peacekeeping mission instead of intervening to stop the violence chooses to either be a mere spectator, or in some instances even perpetrators.

Why are locals in the Central African Republic against the UN?

The public discontent against the UN mission in CAR is not only because of its neglect of the security situation but also because of the atrocities and violence perpetrated by its troops. Over the years, UN peacekeeping soldiers have committed acts which have outraged the locals and have attracted calls for investigations as well as prosecution.

Last year in November, a car which belonged to the MONUSCO tried crossing the security fence of the residence of President Faustin Archange Touadera to take pictures. When the driver didn’t stop, the president’s security personnel opened fire which led to the vehicle fleeing the scene. While fleeing it struck and killed a 16 year old girl, her death created an uproar in Central African Republic (CAR). People called on MONUSCO to leave the country. Similarly, in August last year, a truck belonging to MONUSCO struck and ran over a man. An agitated crowd emerged near the accident site, the peacekeeping troops shot at people in an attempt to disperse. One of the bullets hit a 12 year old girl, killing her. In September, a woman was hit by a car which culminated in her demise. The value of human lives in the eyes of these security forces is minute.

In Portugal, police busted a smuggling ring which was involved with UN peacekeepers in Central African Republic (CAR), it used military planes to smuggle gold, diamonds and contraband. Despite Portugal’s defence minister informing the United Nations, no action has been taken. Another infamous incident involving MONUSCO surfaced last year, investigations uncovered that the UN mission committed sexual abuse against more than thirty people in CAR which included children.

The anger of the citizens of the Central African Republic is completely justified, for years they have been lied to. Imagine being told by your government that an international organisation is coming to resolve a problem but a few years later the presence of that very organisation becomes the reason for the escalation of crisis, this is the current situation of Central African Republic (CAR).

This attack is a voice of the people of Central African Republic (CAR), who are exhausted after trying to convey to their government multiple times through peaceful means, that the UN mission must be expelled from their country. When the people of CAR unite to hold a demonstration against MONUSCO, calling on it to stop its illegal activities in the name of humanitarian assistance, they get beaten, shot at and killed. The fact that Central Africans are being oppressed by foreigners in their own land should outrage their government.

Read More: France and Russia are on collision course in Central African Republic

Reasons for the West’s involvement in CAR

Now, the question arises as to why the United Nations, which is backed by the West, is so interested in the internal matters of the Central African Republic.

The African nation is rich in mineral resources such as gold, diamond and uranium which the US and EU are trying to get their hands on.

The president Faustin-Archange Touadéra’ of Central African Republic (CAR) receives military support from Russia, the Kremlin sends its military instructors to train the Central African military.  The president’s security is  also looked after by the Wagner Group. Russia also has a say in the economic matters of the country, it has invested in the oil, gas and energy sectors of CAR. Wagner Group also has control over the mineral resources in some areas of CAR. The West is using its UN mission to further its real mission which is to remove Russia’s presence, steal mineral resources and install a puppet as the head of the government.

There was a demonstration organised by Central Africans in support of Russia during which it was commended for helping their nation’s battle against armed groups. Kremlin also sent its paramilitaries to Central African Republic (CAR).

However, the people of the Central African Republic understand the real motives of the UN, therefore they are working hard to save their country from the powerful countries of the West which claim to be concerned about the security crisis, economic condition and political instability of the African state but in reality have their eyes set on the precious mineral resources such as gold, diamond and uranium.

In the name of humanitarian aid, the UN has created an environment of terror and lawlessness. Such attacks are only going to continue unless MONUSCO leaves Central African Republic (CAR).