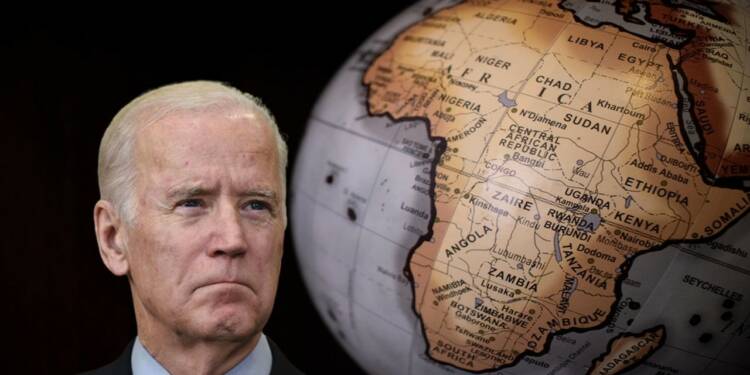 Wagner group: The United States of America which is known all around the world as a hegemon which just wants power and resources of the world turned a blind eye to the resources of Africa for some years.  The ignorance was so high that Donald Trump even referred to some African countries as ‘Shithole’ countries. In an interview when the discussion came to immigration from Africa, Trump questioned why the US would want immigrants from “all these shithole countries” and that the U.S. should have more people coming in from places like Norway

Apart from Trump, Biden was also not very much interested in Africa. The Biden Administration didn’t take any major initiative towards Africa in its starting times. Biden at his best only focused on Europe and Asia, given his current cognitive abilities. The realization of Africa going out of America’s grip came when the US and EU tried to shift its oil and gas strategy from Russia to Africa during the Ukraine-Russia conflict. The West was in shock that the African nations are out of their grip and Russia now has a stronghold over the resource rich continent.

But what exactly happened before and during the Ukraine-Russia conflict that changed the equations in Africa so drastically?

PMC Wagner: Russia’s base in the continent of Africa

The PMC Wagner group traces its inception back to 2014 when Prigozhin better known as ‘Putin’s Chef’ tried his hands on founding a mercenary group. The Chef of Putin founded this mercenary group during the Russian-Ukraine conflict regarding Crimea. After that the Wagner group has proved to be handy for Russia whether it be the Libyan Conflict or current Ukraine Conflict.

The Wagner group proved to be efficient because of its operation style. The Wagner group, like the US’ blackwaters, can execute operations during a conflict which needs sharp decisions which the conventional troops cannot take officially. The host country can deny its direct involvement in the operations as the group is a private mercenary group while on the other hand increases its foreign policy outreach using the same mercenary group.

For instance, the Wagner group fought in Libya and helped establish a government in Libya which in return favored Russia based companies in oil contracts.

Another instance is that the Wagner Group provides security to the President of the Central African Republic through 370 contractors present in CAR. In return CAR provides money to Wagner group along with contracts for mining Diamond, Gold and other valuable products to Russian companies.

Coming to the Sahel region we see Mali, the desert region of Mali is infested by Islamist insurgents and France’s Barkhane group alongwith Mali’s security forces and France led G5 Sahel group were fighting these Islamists in Mali. But Mali gained no advantage over Islamists and then Mali took help of the PMC Wagner group in fighting Islamists which led to ousting of France from Mali and also Mali’s exit from the France led G5 Sahel group.

As it is evident from the aforementioned 3 instances any sane person can estimate that the influence of the West has gone down significantly in the African continent while Russia has maintained a stronghold in the region.

This phenomenon has rattled the West and especially the USA which led to the US Ambassador to the united nations, Linda Thomas-Greenfield stating that the  Wagner Group of mercenaries are exploiting natural resources and “these ill-gotten gains are used to fund Moscow’s war machine in Africa, the Middle East and Ukraine”.

Adding to the statement she also stated, “Make no mistake: people across Africa are paying a heavy price for the Wagner Group’s exploitative practices and human rights violations,…”

After this the Russian Abassador to the United Nations replied to the US Ambassador’s statement with élan, Nebenzia stated, “This exposes their real plans and aims – what they really need from African countries.”

A rattled US has launched an offensive campaign against the Wagner Group. This is nothing but propaganda which America spreads for the execution of its agenda afterwards. This is the PR campaign of the USA against the Wagner group which will lead to America sanctioning this group and then plunder the African continent, which is its ultimate Agenda.

But the trend now is that more and more countries are taking help from the Wagner Group making it the most influential private group in the African Continent. This phenomenon has occurred in the backdrop of USA controlling Africa which gave nothing but conflict to the continent. Now these countries are demanding stability and Wagner group is proving itself of their use. The Rise of Wagner is imminent and west can do nothing about it apart from ranting in its echo chambers. The west is not able to digest the fact that, how their nemesis has become an obstacle in their path to plunder Africa.