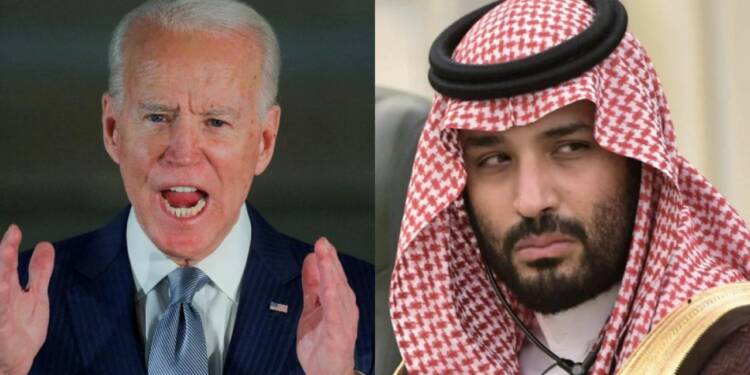 On Thursday, three Democratic representatives presented legislation that calls for the withdrawal of vital US military equipment stationed in Saudi Arabia and the United Arab Emirates (UAE). The legislation was introduced after Riyadh and Abu Dhabi supported OPEC+’s agreement to reduce the group’s oil output by 2 million barrels per day beginning in November, As Democrats head into November’s midterm elections hoping to keep control of both chambers of Congress, the move is almost guaranteed to increase US oil prices.

US security support to Saudi Arabia

Approximately 5,000 troops are currently stationed in Saudi Arabia and the United Arab Emirates, and the proposed legislation would remove them from those nations along with vital air defence systems like Patriot missile batteries and the Terminal High Altitude Area Defense (THAAD) system 90 days after the act’s passage.

According to the proposed legislation, the THAAD system and Patriot batteries would be moved “to another location or locations in the Middle East, with the priority mission of protecting United States Armed Forces.”

The decision by OPEC+ was severely criticised by the White House on Wednesday, which said it was “clear” evidence that the group was “aligning with Russia” at a time when Moscow was waging war against the nearby Ukraine.

The core principle of the US-Saudi alliance is that in exchange for Saudi Arabia’s reliable oil supply and oil pricing in US dollars, the US would offer Saudi Arabia military security.

By the proposal of this legislation, it seems like Biden has played into MBS hands.

Crown Prince Mohammed bin Salman, the leader of Saudi Arabia, has renounced the country’s conventional, cautious foreign strategy in favour of an aggressiveness that has made Saudi Arabia a troublesome ally for the US. He started a destructive intervention in Yemen’s civil war as well as a disruptive boycott of Qatar, which is home to the biggest US military base in the region.

The change became even significant after US rebuked Saudi Arabia after September 11 attacks. Furthermore, Obama administration’s JCPOA deal wounded Washington’s relations with Riyadh. Riyadh realised that the deal threatened its status quo and that the Middle Eastern geopolitical trends would turn against it in no time. Not only that, the deal endangered both its influence in the area and its personal security.

To put things in perspective, Iran already is seen as being dominant in Iraq and Lebanon, holding onto its ally in Syria. Furthermore, Obama also threatened Saudi Arabia’s presence in Yemen which supports its government. It gave concessions to Iran-backed Houthis by pushing Riyadh to ease airstrikes.

And now, Biden is carrying on Obama’s policies. a different approach from that of US President Donald Trump, who, after becoming office in 2017, welcomed Saudi Arabia and made it his first overseas trip before abandoning the JCPOA agreement with Iran.

Throughout his entire presidential campaign, Biden demonised Saudi Arabia for the murder of Khashoggi, a Washington Post journalist and US citizen. Biden cut ties with the Saudis after he took office in 2021. Biden has consistently sought to placate Iran in order to restore the JCPOA agreement. His government also relaxed travel restrictions imposed by IRGC members and delisted the Houthis, who are supported by Iran, off the terrorist list.

Also Read: Mohammed Bin Salman has Biden by his collars, and Europe is rejoicing

MBS realised that being a junior partner to US results in subjugation. Therefore, he decided to align with Russia which will gain significantly because of the oil production cut. In addition, the bill proposed can do an irreversible damage to US-Saudi relations. If US pulls out its troops from Middle east, it will lose its only leverage forever from the region. The military presence has helped them use Saudi Arabia in geopolitics and control the oil market.

Funnily, US which is claiming that Russia is being isolated has gained allies after the Ukraine war. It’s US which has lost allies and is in danger to lose major middle-east powers.

But after the output cut, oil prices would soar in the United States, ending its leverage on low energy prices and putting a break on America’s economic recovery which just had started taking shape. Europe would rejoice as it’d put an end to the de-industrialisation that is taking place there.

This would harm Joe Biden in the Midterms gravely and he will lose the majority in the Senate and House of Representatives, making him toothless. Saudi Arabia’s crown prince Mohammed bin Salman has attacked just where it hurts the most, avenging all the humiliation Riyadh has faced after Democrats’ bonhomie with Tehran.