Eastern Europe plunges into darkness because Zelensky wanted to have fun 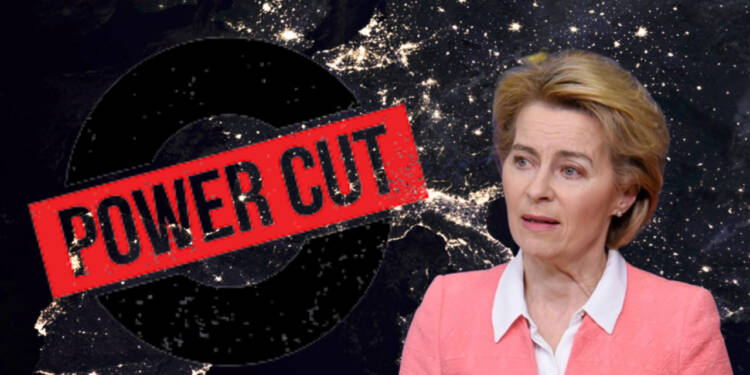 Recent happenings prove that the capabilities of the Russian defense forces remain one of the best in the world. Despite possessing advanced weaponry from the US and other western countries, an enemy like Ukraine, could not really defend itself swiftly, let alone attack the Russians. Ukraine forces have long been hesitant to make any attempts to counter Moscow on Russian lands. However now, they seem to have made that mistake and it would be Eastern Europe that will suffer from Zelensky’s naïve experiments.

Earlier this week, the Kremlin launched its most widespread missile strikes on Ukraine since the beginning of the war; raining cruise missiles on cities and knocking out power supplies.

The attacks have reportedly devastated the electricity grid of the region. The impact has left Ukraine unable to export electricity to some of the eastern European nations.

“Today’s missile strikes, which hit the thermal generation and electrical substations, forced Ukraine to suspend electricity exports from Oct. 11 2022, to stabilize its own energy system,” the Ukrainian energy ministry said in a statement on its website.

Russian President Vladimir Putin has proclaimed the attack as revenge for blowing up the Crimean Bridge.

You see, an irked Zelensky planned an attack on the bridge in Crimea after losing crucial territory in the aftermath of the referendum carried out by Russia to liberate regions in Southern Ukraine. The attack surely was not taken well by the Russians who then took it upon themselves to give Zelensky a piece of their mind.

Zelensky had previously vowed to get Crimea back many times in the past. In August, he said that the war in Ukraine began with Crimea and must end with its liberation.

He also said, “We will take back Crimea- it is our territory. We will do this in any way we decide. Ukraine is strong enough and powerful enough to see a perspective of Ukrainian Crimea. We will bring freedom to Ukrainian citizens in Crimea.”

The attack on the bridge was a last-ditch effort made by Zelensky to command respect before he is to be ousted, now that the war is coming to an end with parts of Ukraine getting liberated.

Only a few weeks ago, Dmitry Medvedev, the current Deputy National Security Advisor and former Russian President threatened to bring about “judgment day” if Ukraine ever attacked Crimea. And well, the Kremlin has for sure given Zelensky a glimpse of Judgment day.

But on the other hand, Zelensky’s ambitions have cost very much to the eastern European nations who would now be facing an electricity crunch owing to Ukraine’s inability to supply them with electricity.

You see, a majority of nations in Europe are suffering owing to the unavailability of cheap gas from Russia. This has made sustainable manufacturing a thing of the past as European produce cannot compete with foreign products owing to the higher cost of production for the former.

Read More: Unprovoked aggression and fake news: How Biden and Zelensky are prolonging a war that Russia clearly doesn’t want

But wait, if you think that Ukraine did not have anything to lose from it, then you are very wrong.

You see, Ukraine would now have to invest heavily in rebuilding the destroyed infrastructure. It would be very difficult for Ukraine, now that it needs funds to rebuild. The inability to export would cost the country a whopping 1.5 billion euros that could have been brought in from electricity exports.

The foolish President of Ukraine is attempting to take on a country which is out of its reach and it is high time he should understand that.

Morocco is now the chair of African Union’s Security Council, and its first message to the West is brutal