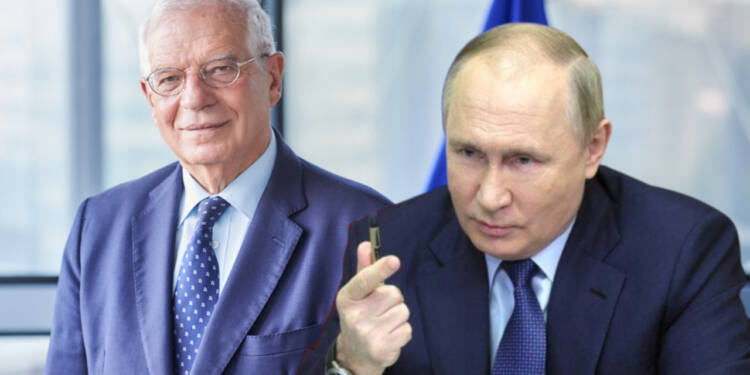 “Good times are over”, EU Foreign Policy Chief Josep Borrell has declared. Borrell admitted that the prosperity that Europe gained after the mid-twentieth century came from Russia.

Reading between Borrell’s lines, Europe is already regretting the decoupling in-process from Russia after the Ukraine war. It’s also an indication that Europe will go back to Russia because that’s from where the continent’s affluence lies.

EU Foreign Policy Chief Josep Borrell said that the continent has been “decoupled” from its sources of prosperity ( that is Russia) as a result of several “black swan” events at the European Union Ambassadors’ Annual Conference. According to the top diplomat, Europeans are currently dealing with the effects of a long-running process in which they have dissociated with the origins of their wealth and security. He said, “Our prosperity has been based on cheap energy coming from Russia. Russian gas—cheap and supposedly affordable, secure, and stable.”

Russia accounted for two-fifth that is, 40 per cent of EU’s import of gas before the Ukraine war. Germany was the largest importer of Russian gas with 42.6 billion cubic metres of gas in 2020 followed by Italy, Belarus, Turkey, Netherlands, Hungary and several other countriesApart from gas, 26.9% of Europe’s crude oil is imported from Russia. That’s how much Europe depends on Russian energy. Europe has blindly followed the policies of US after the Ukraine war. The US which is independent of energy has hardly faced any major repercussions from the sanctions imposed on Russia. Germany turned to Russia after the 1990s because it was short on resources. Germany was able to increase its annual gross domestic product enormously because of the low-cost energy it received from Russia. It was clear that both parties benefitted from the yearly inflow of billions of dollars from Europe to Russia.

Europe and Russia constructed a vast network of pipelines from central Russia that transported gas and oil to northern, central, and southern Europe between the 1990s and the 2020s. They were unquestionably the biggest energy infrastructure undertaking ever.

Losing Russia will cost too much to calculate. According to some gloomy predictions, Europe would see deindustrialization, a massive loss of investment capital, and a sharp decline in living standards. The grim forecasts are justified when you consider the precarious financial situation of several EU nations as well as the inflation that is beyond control. The International Monetary Fund has lowered growth projections for each of the major economies in the eurozone, namely,  Germany, France, Italy, and Spain for 2023 since the conflict and rising interest rates are expected to slow the economic development.

Borrell showed concern about inflation “This is a perfect storm. First, the prices increasing.” The inflation in the European countries has sky-rocketed as seen in the graph. Borrell further attacked US of causing recession in the world, “Second, the reaction of the Central Banks raising interest rates in the United States. Everybody has to follow, because otherwise their currency will be devaluated. Everybody is running to raise interest rates. This will bring us to a world recession.”

Europe will be all by itself by the time it takes stock of its situation and wonders why its political class crushed a cease-fire deal between Russia and Ukraine.

US forced a war by offering Ukraine, the membership of NATO which in turn angered Russia. Following the collapse of the Berlin Wall, Russia disbanded the Warsaw Pact. However, the North Atlantic Treaty Organization grew eastward rather than dissolving. The praise of Russia by top EU diplomat in the times when everybody who gives pro-Russia statements is punished or sanctioned is a significant one. Additionally, it’s a sign that Europe will return to Russia since that’s where the continent’s wealth comes from.