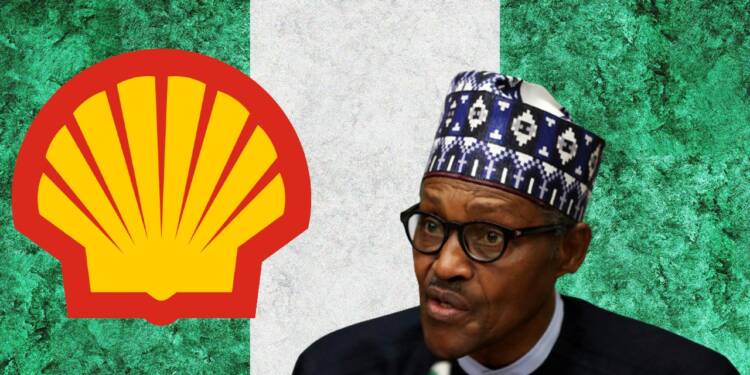 Thuggee are actions and crimes executed by Thugs, historically, organized gangs of professional robbers. Thug is a term used for professional criminals which loot resources of others. It seems like people all over the world will use these terms when they refer to the West.

The oil theft in Nigeria is not carried out by unorganized thieves but by multinational oil companies and it is confirmed by Nigeria’s Navy. To know how they steal oil from Nigeria read the article further to find out.

Additionally, it also claimed that older oil heads were abandoned on the pretext that they were not profitable. In particular, it said that whenever it notified the OICs and MOCs about oil head spills, their reactions were usually bizarre.

He also informed the management about the oil flow from the oil heads.

While expressing his concern about the ongoing theft he said, “Seven months ago, we noticed that crude oil was flowing out from an oil head in Okaki. We notified the oil company that owns it, Shell Oil Company. Their response is shocking. They said they have not noticed it and that they are prioritising their operations. If you ask me, what kind of priority is that supposed to be? The navy can only do its part, let every other agency do theirs.

“As we speak crude oil is still flowing from the oil head and nothing seems to have been done to address the situation.”

Also Read: Biden stole $10 billion from Nigeria in the last 7 months and then gave $750 million to it in aid

The Rampant oil theft in Nigeria

Timipre Sylva, the Minister of State for Petroleum Resources, recently said that the country’s crude oil production had fallen below 1 million barrels per day, or roughly 100% of its daily production in 2016.

Thousands of barrels of oil per day were being stolen, according to the head of Nigerian National Petroleum Corporation, who said that Nigerian officials had uncovered an illicit pipeline from the Forcados export terminal that had been operating covertly for nine years.

Later, during a ministerial meeting, Basir Jamoh, the director general of the Nigerian Maritime Administration, declared that Abuja had plans to stop the theft of oil. It will set up a 24-hour surveillance system to keep an eye out for thieves. He added that the operation would involve both manned and unmanned ships, helicopters, aircraft carriers, and armored vehicles, all of which would be linked to the C4i Center, the operation’s command center.

Nigeria has experienced oil theft for more than 20 years, but the volume and pace at which it has increased recently is unparalleled. Majority of the time, thieves steal oil from land-based pipelines while remaining undetected. However, the existence of a whole pipeline to smuggle oil from the ocean is highly unusual and suggests the existence of an organized crime group. The reaction of the companies on being informed of the theft rises suspicions about them either being involved in or rather running the entire smuggling nexus to the benefit of their masters in the west.

According to Mele Kyari, Director of the national petroleum company, oil theft in Nigeria is occurring at an alarming pace of more than 600,000 barrels per day, or triple the amount previously predicted.

Nigeria just slipped from first place to fourth place among the African nations that export oil. Angola, Algeria, and Libya are currently the top 3 exporters of crude oil in Africa. For the first time since 1990, Nigeria’s oil production fell below 1 million barrels per day as thieves reduced oil output.

The Nigerian navy has always been vigilant about the theft of oil in the Niger delta region. An illegal oil bunkering vessel that had been detained with stolen crude oil aboard in the Escravos area of Delta State was set ablaze on Monday by personnel from the Nigerian Navy and Tantita Security Services.

At the time of arrest, approximately 600 to 650 cubic meters of oil was present in five compartments of the vessel.

The Nigerian government with its naval and security focus has made it clear that the rampant theft of oil should be stopped immediately and the West should stop the loot immediately.