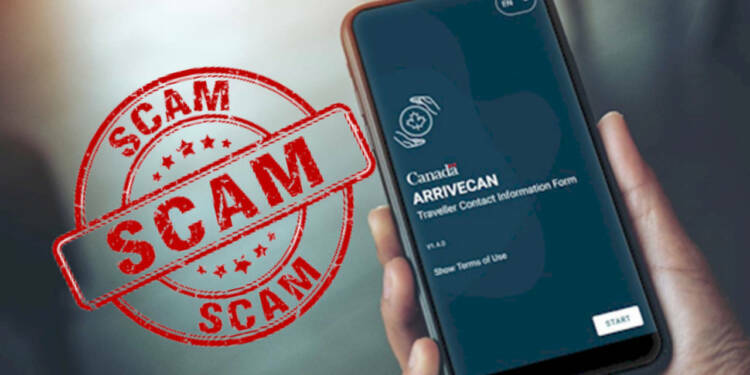 ArriveCAN, an app that was imposed upon Canadians two years ago to do a china style surveillance on Canadians has marked its mandatory end on 30th September.

Despite the fact that this App was filled with bugs and accused of creating a ruckus and backlog at airports by the union representing border guards, the government claims 99% compliance with the ArriveCan app.

Independent journalists have been targeting the app, though, over the past few days as allegations of excessive spending on the app’s development have intensified.

In addition, another significant claim has just surfaced on social media, supporting the idea that the app was nothing more than a scam and a disgrace for Ottawa.

As if the overspending on ArriveCAN was not enough, the federal authorities have now started awarding new tenders to the employees of ArriveCAN. According to a recent tweet by Andy Lee, one of the five contractors working on the ArriveCAN app has now won a non-competitive contract worth $14,000,000.

One of the five contractors working on the ArriveCAN app won a non-competitive contract worth $14,000,000. The company has four employees, little history, their own website doesn’t work, and the business mailing address listed leads to a lakefront cottage.

According to reports, the tender was not at all competitive and was handed to GCSstrategies. This tender was approved with immediate effect in August 2022.

For those of you who are unaware, the ArriveCAN app was developed by GCstrategies.

GCstrategies is listed in the CBSA report to Parliament as having received three contracts in which the ArriveCan-related work is worth a combined $ 9 million.

Only four people work for the company, and it has relatively little history. Their own website is broken, and the company’s postal address leads to a cottage house near a lake.

Due to the government’s decision to declare some of ArriveCAN’s components as trade secrets and forbid the release of the software’s source code, this is the only information about the company that is available to the public.

The Company is a Sham!

You cannot find the exact address of the company, yet, you can figure out that the company is unquestionably engaged in malicious activities.

First off, the listed owner, Cameron Wessel, was also in charge of GC Strategies in the US. But in 2021, the tax board halted the business over charges of tax evasion.

In a given interview, Cameron Wessel said that the inception of the company was back in 2015 as a result of a few beer drinks between friends. The company had multiple lucrative government contracts and developed into one of Ottawa’s fastest-growing businesses.

The GCSstrategies team members also work for other businesses with federal support. According to reports, one of the staff members listed on GC Strategies’ website also works for Global Affairs Canada.

What’s more surprising here is that he has his own company too. The employee stresses that his company, titled “AltNexus,” has “been providing solutions to the Federal Government for more than 15 years.”

So, a company with such a dark history is operating in Canada, and Trudeau is embracing it.

Major tech leaders in Canada have claimed that the app could have been developed within a budget of $1 million. Yet, the government has gifted the developers 54 times their value. Make no mistake, the government has already awarded the contractors more than $54 million.

Even Trudeau’s ally, NDP Leader Jagmeet Singh issued a statement on Twitter describing the $54-million price tag as “beyond outrageous.”

The main purpose of the ArriveCAN app was to allow travellers a way to upload the necessary health data for COVID-19 requirements.

However, it appears that the app is turning out to be a ‘BIG’ scam funded by the Ottawa Liberal government. No one knows what the GCS background is and for what exactly the government has spent $54 million.

In this case, the most crucial question is, “Who benefited from it?” And “what exactly is the history of GCstrategies?” The liberals have so many questions to answer in the near future.

Two days of enquiry into the unlawful invocation of Emergency act, and Trudeau is already exposed