The only sane voice in Europe during the Ukraine war is coming crashing down. As reports suggest France President Emmanuel Macron may step out of Elysee Palace soon 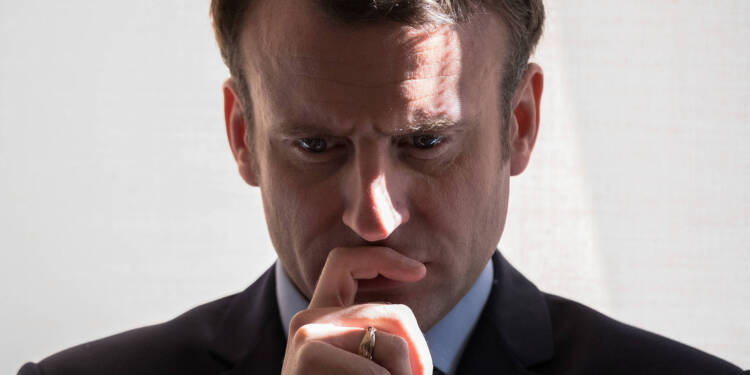 France’s President Emmanuel Macron has been seen as an emphatic protector of French culture, language and values. In the last few years, he has been fighting both radical Islamism and wokeism tooth and nail. He started by supporting free speech icons like Charlie Hebdo and Samuel Paty, both of whom became victims of radical Islamism in the recent past.

Macron has almost always aced during times of crisis, be it Yellow Vests unrest or the Covid lockdown. But, the Ukraine war has likely got another victim.

In the protests caused by the oil industry, Macron has scored a self-goal. After initially hesitating, President Emmanuel Macron’s administration ultimately made the decision to step in, forcing the striking employees to go to work or risk jail time or penalties. The French are concerned about rights violations, in this case, the fundamental right to strike, particularly when a precedent is being set.

Apart from the violation of a fundamental right, inflation and the growing costs of living are a matter of concern. Since September, food prices have been the biggest burden, and by the end of 2022, annual inflation is predicted to be about 12 per cent.

The French Institute of Statistics, INSEE, foresaw a stagnation in French GDP this autumn but cautioned that “major dangers” to Europe’s economic growth come from concerns about the energy supply and excessive inflation.

Further, the trade deficit is becoming a source of problems for France. According to customs authorities, the August trade deficit in France reached a new high of €15.5 billion as a result of an increase in the cost of imported energy. Comparatively to July, when the deficit hit €14.5 billion, the French trade balance deteriorated by €1 billion.

This is not the first time Macron has committed a blunder. Last month, he suggested redistributing migrants to rural areas experiencing population reduction as part of a reform of immigration and asylum policies.

According to Macron, the conditions for their welcome will be far better in rural areas than the places that are already highly inhabited, with a concentration of major economic and social issues. He said that relocating newcomers to rural regions will facilitate their “integration much faster and much better,”, particularly for those who already had job-related skills or some level of language proficiency.

Also Read: Emmanuel Macron dug a huge pit, looked at it admiringly, then jumped into it

The idea didn’t go well with France and was opposed by all the right-wing parties. This move and the recent blunder are being seen as political suicide by Macron. The current move has been criticized by all the left-wing parties.

And for Macron, it couldn’t have come at a worse time. He will attempt to approve the 2023 budget in parliament in a few weeks even though he lacks an absolute majority. Macron’s party would face huge embarrassment if it fails to pass the budget which may lead to prime ministerial elections anytime soon.

Weekly Le Point reported, citing unnamed “members of his close entourage,” that, coincidentally Macron is considering stepping down if he loses “either a general election or a referendum.”

One member says: “He has understood since the legislative elections fiasco [last June] that it is over, that his succession has begun, that his voice is less heard. He does not want to be the man handing over the keys of the Elysée to Marine Le Pen, in five years’ time. Who knows, he could resign in order to be in a better position to return.”