Ukraine refuses to learn its lesson. Ukraine is drunk on the euphoria of victory after gaining a few square kilometres in its counter-offensive 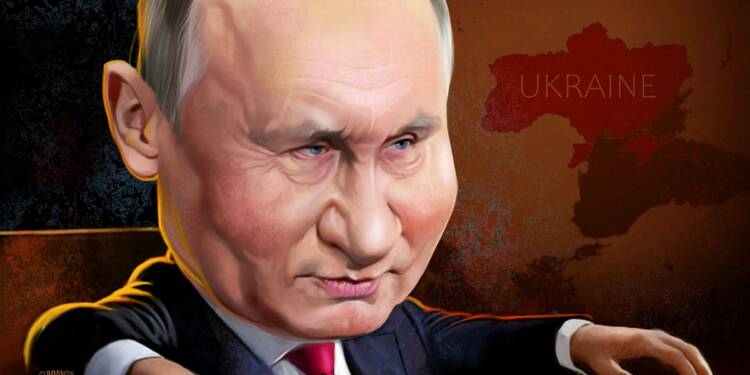 A week ago, Ukraine did a cowardly terrorist attack with the help of a truck bomb on the Kerch Strait Bridge that connects Russia and Crimea. The country’s media and intelligence services openly celebrated the operation. The Ukrainian post office unveiled a commemorative stamp on the incident as a sign of how happy the people of that nation are with the strike.

Kerch Strait Bridge is a symbol of Russia’s and Putin’s power. It was a huge source of pride for Russians.

The attack on it was a very significant change in the whole war optics. Only after that, the Kremlin launched its most widespread missile strikes on Ukraine since the beginning of the war; raining cruise missiles on cities and knocking out power supplies.

Russian President Vladimir Putin, after the Crimean missile strikes, had stated that for now, there is no need for any more “major” strikes.

However, Zelensky paid no heed to Putin’s gesture. In a naïve move, Ukraine has now attacked a power plant near the Ukrainian border, in the Russian city of Belgorod with a missile on Friday night. The attack started a major fire. The governor of the Belgorod area stated that the power station had a capacity of 110 kW and that the fire was put out quickly.

Soon after, in the same region, a border checkpoint and an oil depot have both been shelled. Ukraine didn’t stop at this. Ukraine attacked the military base in the Russian city of the Belgorod region. According to the defence ministry, 11 people were killed and 15 others were injured.

But, the concessions which were provided by Putin won’t hold after such strikes by the Ukrainian army. Russia’s new commander in Ukraine Sergey Surovikin signals a change in mood in the Kremlin.

He enhanced his reputation for ruthlessness throughout both of the Chechen conflicts when it is said that he vowed to execute three Chechens for every Russian soldier killed. He received the Hero of Russia award, the nation’s highest honorific, for his contribution to the Syrian war. He commanded Russian soldiers in 2019 when they started the deadly takeover of the Idlib province in northwest Syria.

Since the outset of the conflict, Russia has avoided attacking infrastructure. However, after the Crimean episode, Russia changed its whole strategy for the war. They’ll look to continue that strategy under the leadership of Sergey Surovokin.

Now, when and if the infrastructure is attacked by Russia, Ukraine will lose communications, electricity, as well as its working railways. Electricity issues will affect all aspects of the Ukrainian military’s logistics, including the movement of soldiers, weapons, ammunition, and associated goods, as well as the operation of manufacturing and maintenance facilities. As a result, for Russian frontline units, the Ukraine war will become simpler. So, Zelensky is taking pleasure in these small and petty moves but in turn, he is making it easier for Russia to win this war.

The Nord Stream 2 pipeline could go online within weeks