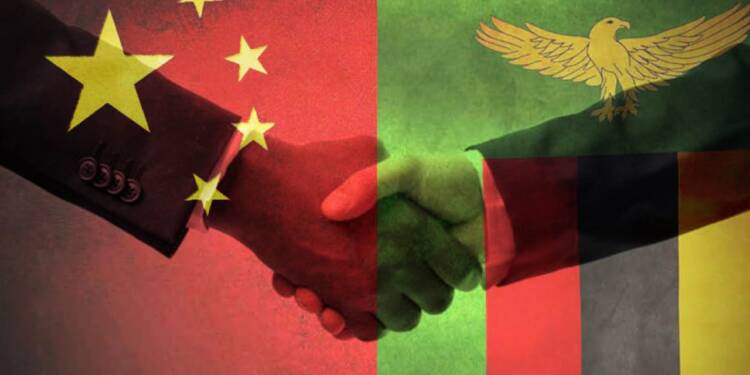 “Cunning fox” is a term used for clever people who use their knowledge combined with smartness to outmaneuver situations for their own benefit. The same can be said for Zambia which took loans from China and then called for its restructuring after defaulting on it. But how did a small nation in southern Africa outmaneuver a clever giant like China? To know how, delve deeper into the article.

A cunning Zambia is taking advantage of G20’s special measure to help those countries who are under serious debt to outfox China in its own game of “money and loans”. China cleverly provided incessant loans to many countries to spend on irrelevant infrastructure projects in order to trap them under debt-trap diplomacy. Zambia was one of those countries which got loans from China. China accounted for approximately 1/3rd of $17.27 billion external debt by the year 2021, according to the Zambian Government’s data.

Zambia’s Finance Minister on Saturday stated that it is unclear who will be leading the Chinese side for the restructuring of its approximately 6 billion debts with China. China co-chairs the Group of 20’s Common Framework Committee with France, a platform which helps highly indebted countries to rework their debt with bilateral lenders. But a frightful China is wary of attending the meeting as it knows that when the meeting will be held it will only end up giving relief to Zambia which will ultimately hurt China’s economic prospects.

Situmbeko Musokotwane, Finance Minister of Zambia stated in an interview that, “It is up to the Chinese authorities to choose who they want to represent them,”

To save itself from giving relief to Zambia, China is not sending its officials to the meetings. For now China is simply pressing the skip button to ignore the adverse situations but it cannot do this forever and it will have to bear the brunt.

Zambia on the other hand has already started to cut its economic ties with China. Smelling the fish in terms of growing threat of an Economic trap, Zambia has cancelled $2 billion in undisbursed loans, majorly from Chinese lenders. Its negotiations with bilateral creditors have been working fairly well but there are problems with Chinese lenders. Zambia had secured a three-year loan from IMF in the month of September and this time it is seeking a debt reduction of current value $6.3 billion or restructuring of 49% of its external debt.

The west has ramped up their criticism towards China as the biggest obstacle in the debt restructuring agreements for the growing number of countries which are unable to survive their debts. It is also important to note that China is the world’s biggest bilateral lender. Seeing all the risks attached to lending from China, Zambia will now correct its course. Apart from cutting its economic ties from China, Zambia is also investing into its mineral resources and other mining assets.

Also Read: Zambia decides to get rid of Chinese influence after struggling for 5 years

China thought it would colonize Zambia with its economic might. The largest bilateral lender in the world is using its cheque book incessantly to meet its geopolitical ambitions but it is not looking inwards. With the inevitable default of its construction corporation Evergrande, China is all set to lose its economic superpower status. It will not only bring China’s economy crashing down but will also slow down the world’s growth. It will not only invite the wrath of China upon its debtors but will also increase the defaulting probability of the borrowing companies. China thought that it would turn Zambia into another Sri Lanka, Laos or Cambodia. With its chequebook diplomacy China tried to control small countries but its intentions are now exposed. Africa is now vigilant towards these predatory loans and will not let China to tighten its grip on the continent of Africa. Timely intervention of G20 group is also playing a big role in countering China’s debt trap diplomacy and China should realize that it cannot continue its predatory policies in Africa.