These are very crucial times for Russia, where along with an enraging war, Moscow is also trying to figure out who is its ally and who’s not. Over the last few months, the cracks between the so-called bonhomie relations between Russia and China have got exposed 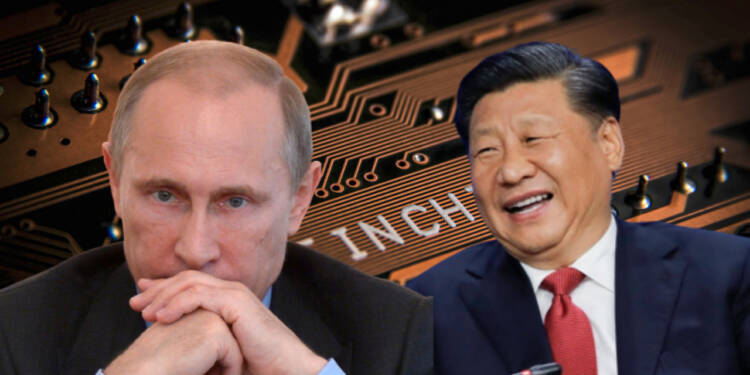 Faulty chinese semiconductor chips: China has backstabbed Russia during the Ukraine war. First, China appeared to halt importing coal from Russia. Then, it even stopped providing banking services to Russian businesses. But now, the paper dragon is doing one of the most vicious things which could legitimately strain the already souring relations. China has tried paralyzing Russia’s defence manufacturing which by every means could be a turning point in the Ukraine war.

The war in Ukraine has pushed Russia to hasten its defence manufacturing in recent months. Over the last few months, Russia has tactically expanded its defense manufacturing in neighboring nations like Kazakhstan. The nation is now stockpiling weapons to arm its military to the teeth. But for this, Russia needed a little support from its allies.

But, China, one of its closest allies, is playing tricks with Moscow. According to a story in the Russian news outlet, Kommersant, Russian tech firms have noticed something strange about shipments of chips they’ve been receiving from Chinese manufacturers.

40% of the Chinese chips delivered over the last months have turned out to be defective. Furthermore, the failure rate of semiconductors shipped from China to Russia has increased by 1,900 per cent.

Even a two per cent defect rate is below ideal since products with numerous components might have serious quality issues. Supply failure rates of 40% indicate that they are dangerously near to being ineffective.

Well, Chinese semiconductor exports to Russia have “grown dramatically”, with March to June volume increasing 209 percent year on year, according to a report by the Mercator Institute for China Studies (Merics).

In addition, most of these exports were aided by chip repackaging companies that are not exposed to the US and European Union sanctions.

Many distinct semiconductor chips are required for various military systems and defense equipment. Since 40% of chips are delivered in a non-functional state, it will take a significant amount of time and effort to test everything.

The newspaper lays the blame on economic sanctions that have seen many major businesses quit Russia. However, that’s not the case.

Russia and China have been sort of best friends only on sunny days. Xi’s foul habit of hitting back at his own friends has always been a hassle for Russia.There have been countless examples, of how Chinese components have stalled Russian progress in Ukraine. There were even reports that Russian tanks that operated through Chinese chips were failing to operate on the battlefield.

Furthermore, China is eager to join NATO. A few days ago, Jens Stoltenberg and Wang Yi met with each other in New York. NATO chief had discussed possible ways of ending the war in Ukraine and look here we are, China has made Russia its dump yard.

China is dumping dud products on Russian buyers purposely because they know Moscow can’t easily access alternatives thanks to the sanctions. Putin wants to increase military might to the highest level possible but China appears to be blocking this ambition of his significantly.

A crucial component of this endeavor is semiconductors, so if failure rates are high, whoever is supplying Russia with subpar goods is hurting Russia’s pathway to victory.