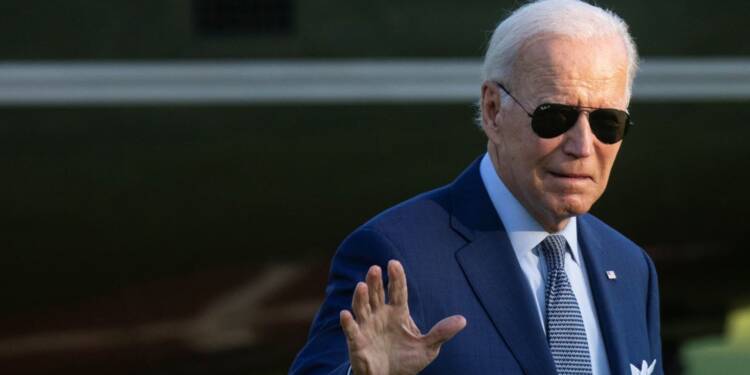 As the midterm elections are around the corner, the White House is likely to fall back on its decision to keep fighting for Ukraine until the last lap. According to Fars news, the US may end aid to Ukraine after the midterm elections. The report stresses that even the Republicans who have been the harshest critics of President Vladimir Putin now acknowledge that there has been a “noticeable shift away from what was once a broad bipartisan consensus” on aiding Kyiv.

Reportedly, the extensive assistance provided by Washington to Ukraine amidst the war with Russia may be cut if the Republican Party takes control of Congress in the midterm elections on November 8, which is now highly likely.

Many of the poll bodies in the US are predicting that Republicans are all set to take control of Congress, as the people of America are quite distressed with Biden’s approach on domestic issues. Whereas, the Ukraine war has also become quite unpopular in the United States.

The Democrats are now on the cusp of losing congress.

Americans are in no mood to continue the war!

For those who don’t know, since the start of the Ukraine war, Congress, which is currently dominated by Democrats, has approved billions of dollars in aid for Ukraine.

But now, the situation is rapidly changing. The Republican lawmaker and House Minority Leader Kevin McCarthy has just announced that once Republicans capture the lower house of congress, this aid to Ukraine is about to get terminated.

The Republican leader has stressed that Americans are in no mood to continue the war in Ukraine. McCarthy has stressed: “I think people are gonna be sitting in a recession and they’re not going to write a blank check to Ukraine. They just won’t do it.”

Read More: Washington is scared that Putin will turn Biden into a laughing stock at the G-20 Summit

Biden may succumb to the pressure!

McCarthy’s comments were echoed by Michael McCaul, the most significant Republican on the House Foreign Affairs Committee. The leader has stressed that Republicans still support assistance to Ukraine but want to see more oversight.

So, make no mistake, the Republicans are not likely to comply with Ukraine’s unreasonable demands. The Kyiv is now tense as a result of McCarthy’s comments.  According to David Arakhamia, the leader of the parliamentary party of Ukrainian President Volodymyr Zelenskyy, “We (Ukraine) were shocked to hear these words of Mr. McCarthy, honestly.”

Additionally, he added, “We were told that bipartisan support of Ukraine in its struggle with Russia will remain a top priority even if they win the elections.” But, what’s happening now is the exact opposite of what was anticipated.

Democrats and US President Joe Biden were all happy to assist Ukraine up until this point because all that was required of the White House was to pass funding with simple paperwork due to major support in Congress. But, giving aid to Ukraine will likely be a herculean task for Uncle Joe after the midterm elections. Republicans who have repeatedly criticised Biden’s non-sensical eagerness in Ukraine would drive Democrats back against the wall.

The Grand Old Party (GOP) is now luring the sentiments of Americans who want the Ukraine war to end. Unquestionably, this is a death sentence for aid to Ukraine.

Biden and his friends in the White House are about to find it difficult to send even their own flip-flops to Ukraine, forget about billions. Zelensky should now pull up his socks because from here on, he might have to walk on the path alone.