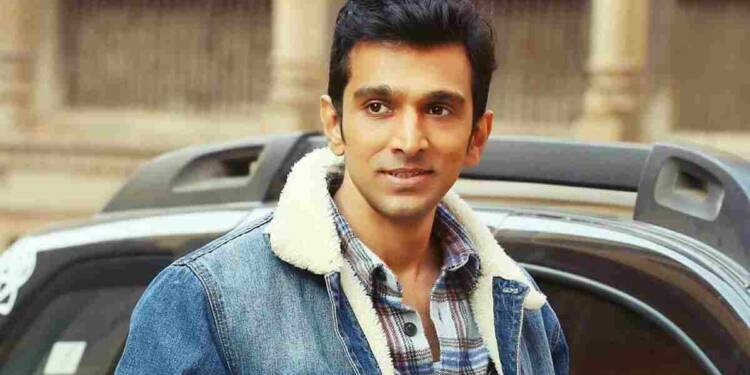 Prateek Gandhi is an Indian actor. He worked in Gujarati theatre before entering Gujarati cinema. He received wide acclaim for portraying Harshad Mehta in Sony LIV series Scam 1992. He acted in several Hindi films thereafter. In this article we are going to talk about the biography, career, notable works, films and family of Actor Prateek Gandhi so read the article till the end.

He played a lead role in his next film, Wrong Side Raju (2016) which won the National Award for Best Gujarati Film. His next Gujarati films Love Ni Bhavai (2017) and Ventilator (2018) were commercially successful.

Gandhi was born in Surat to parents who were teachers. He completed his schooling at V. D. Desai Wadiwala (Bhulka Bhavan) High School in Surat. He studied at Surat where he was involved in theatre arts.

Prateek Gandhi graduated in Industrial Engineering from the North Maharashtra University, Jalgaon in 2004. From 2004 to 2007, he worked with National Productivity Council in Satara and Pune.

He later worked at Reliance Infrastructure (cement division) in Mumbai from January 2008 to 2016. Gandhi’s parents are teachers. He married actress Bhamini Oza in 2009 and their daughter Miraya was born in 2014.

Prateek Gandhi appeared in the 2021 Hindi film Bhavai where he played a lead. The film received mixed reviews. His next Hindi film was Atithi Bhooto Bhava was released in 2022. Gujarati film Vaahlam Jao Ne (2022) was his next release.

We hope this biography article of Prateek Gandhi will be helpful for you to understand his journey and works.

Just when South Africa was about to get normal, Biden sent his FATF attack dogs