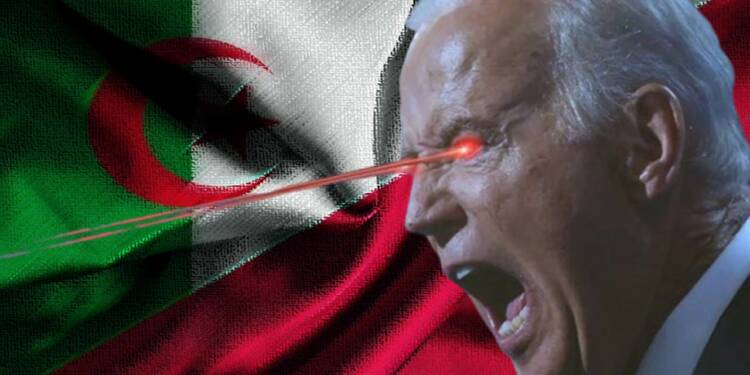 Puppet shows are a very curious case of fooling the audience openly. In puppet shows the audience know that the puppets are controlled by strings that are in hands of the puppeteer, but still continue to believe that the puppets are acting on their own. Same is the case with the US and its majorly funded institutions. Every nation in the world knows that the sugar-coated version of the League of Nations which is United Nations is a puppet of the West but most of its member countries believe that they can get their problems solved through this organisation. If one has to get their problems to remain alive forever then this organisation can come handy.

In this article we are going to talk about the Saharawi dispute and how the Biden regime and its lackeys are working together to reignite the fire in the Saharawi region which looked almost solved.

The Sahara Autonomy Plan proved to be a big success when Spain supported it despite having maintained a neutral stand in this issue historically. Spain approved a Moroccan plan in March that would grant Western Sahara some autonomy while yet keeping it under Moroccan control. The majority of this contested land has been under Moroccan administration for many years. Prior to the latest change, Spain had backed the United Nations’ call for a Western Sahara referendum to allow for self-determination. The conclusion of this issue is the need of the hour as wanted by the people of Saharwi, who have shown acceptance to the Autonomy Plan.

Algiers called back its ambassador to Madrid in March to discuss the situation. In 2021, Algeria severed diplomatic ties with Morocco over the Western Sahara dispute. The Saharawi Autonomy plan was supported by many nations and it was seemed imminent that the Saharawi Dispute was going to end but the peace-hating West jumped in.

In a resolution passed on Thursday, the UN Security Council called for the restart of UN-led negotiations on the contentious Western Sahara and expressed “deep concern” over the breakdown of the 1991 ceasefire between Morocco and the secessionist Polisario Front, whose decades-long dispute shows no signs of coming to an end. The draft resolution was drafted by the US and was not unanimously supported with Russia and Kenya abstaining on the grounds of being unethical and ambiguous, the result was 13-0. Morocco’s 1975 occupation of the Western Sahara, a former Spanish territory was thought to contain significant offshore oil deposits and mineral resources, which led to hostilities with the Polisario Front.

In order to monitor the ceasefire and assist in preparing for a referendum on the future of the area that was never held due to conflicts over who was entitled to vote, the United Nations negotiated the ceasefire in 1991 and formed a peacekeeping force. The Polisario Front is sheltered, supported, and armed by Algeria, which asserts that it is only an observer in the conflict and that dialogue between Morocco and the separatist organisation should be the only basis for a resolution. These allegations have frequently hindered and jeopardised the region’s progress toward peace and stability.

The UN Security Council resolution’s paragraph 3 emphasised the significance of “all parties” in the dispute participating in the UN-led political process, despite the Algerian regime’s efforts to minimise its central role in the conflict.

Sidi Omar, the U.N. delegate for the Polisario Front, also expressed his concerns. He said MINURSO is not given “real and concrete measures” to carry out its mission and conduct a referendum, despite the Security Council resolution making reference to the referendum. Omar declared that the Saharwi people “will continue using all legitimate means, including the armed struggle, to defend our inalienable and individual rights to self-determination, independence, and to restore the sovereignty over the entire territory of the Saharwi, our democratic republic,” (sic)

He declared that in order to provide the Saharwi people the opportunity to exercise their free and democratic right to self-determination, the Polisario Front will only engage in direct negotiations with Morocco under the supervision of the African Union and the United Nations.

All this fake show was fabricated by the Biden regime and its allies to make the Algerian regime re-enter into the conflict as a party which was only an observer in the issue. The Biden regime is very good at reigniting the conflicts all around the world in order to keep its hegemony intact and even if it means keeping the African continent on a boil.